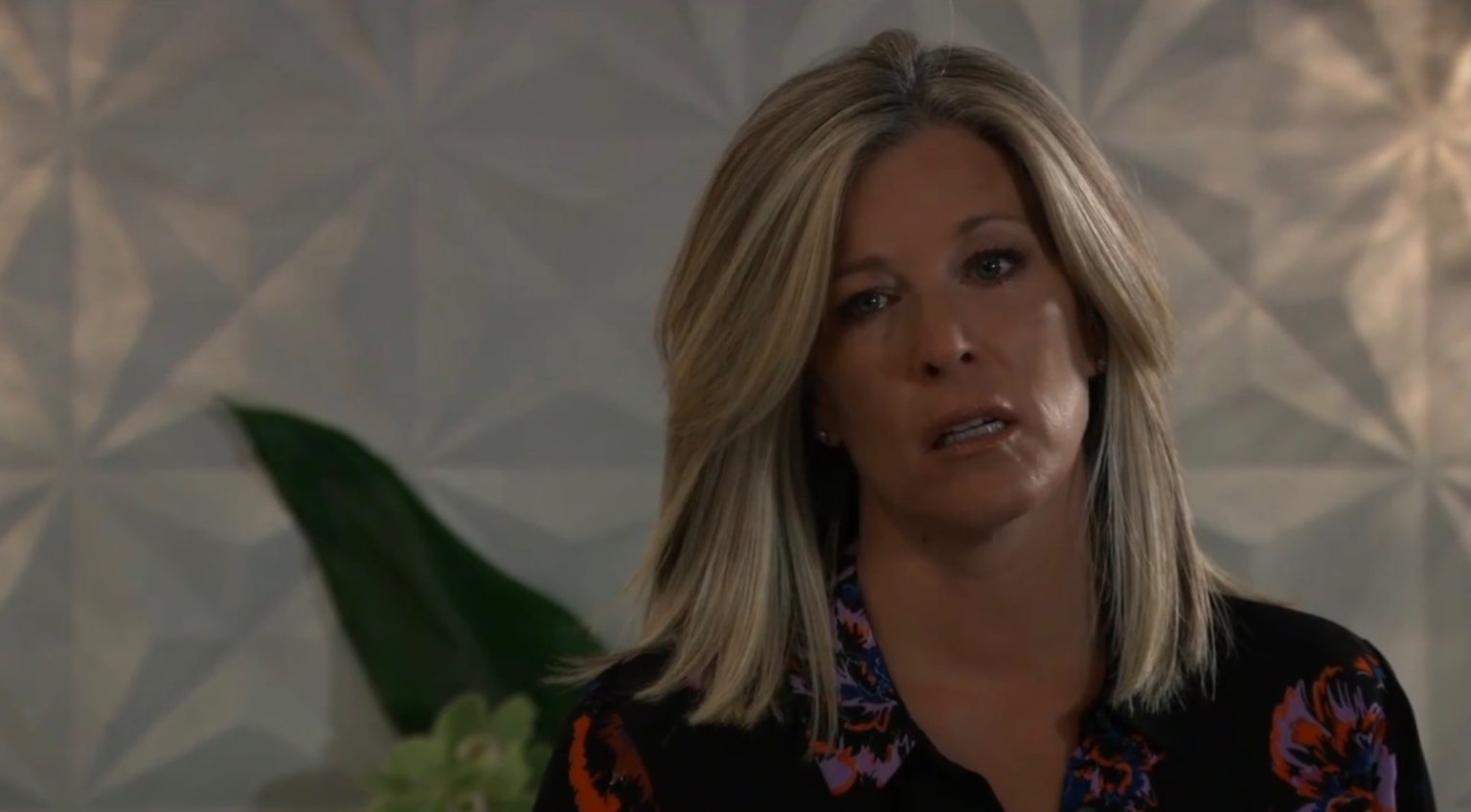 General Hospital spoilers for September 1, 2022, tease that Bobbie will question Carly’s feelings. At the same time, Curtis will give Drew some great advice on his love life. Elsewhere, Valentin will confess about Victor and his sinister plans to Anna. Speaking of Victor, he will decide to play a trick on Jordan. Across the town, Trina will scream out for an emergency call. Keep reading to know what is brewing in Port Charles.

Carly and Drew have been very reluctant to go forward with their relationship. General Hospital spoilers for September 1, 2022, reveal that Bobbie will come to meet Carly. The two women will speak and spend time together. They will both open up about their lives. Carly will feel that Bobbie is keeping something from her. She will ask her to spill the beans. As far as Carly is concerned, she will open up that she wants to shape her life since Sonny and Jason are not part of it.

Over with Bobbie, she will feel like Carly is escaping from her feelings. She will urge Carly to face her feelings and give her life another chance. Drew already asked her to be fearless; adding to it, Bobbie will also advise her to take her relationship with Drew forward.

Speaking of Drew, he will approach Curtis in the upcoming episode. However, Curtis will know that Drew has something on his mind. He will ask him to spill his thoughts. Later, Drew will narrate the whole Carly incident to Curtis. Curtis will be a good listener and will provide a lot of advice to Drew.

Over with Valentin, he will make an agreement with Anna. Past few days, Anna has been trying to dig deeper into Valentin’s past and the things he is hiding. General Hospital spoilers show that Valentin will finally confess to Anna in the upcoming episodes. He will tell her that Victor is holding Charlotte hostage.

After listening to Valentin’s confession, Anna will also tell him that she already suspected it. She will remember the time when she came to know that Charlotte was staying at a boarding school in the summer. Over there, someone donated a state-of-the-art equestrian to the center. However, Valentin will confirm that it was indeed Victor who donated that. Later, Valentin expresses his disappointment in not telling her the truth. Even though he kept secrets from her, his motive was to save Charlotte from Victor.

Elsewhere, Elizabeth will accept that she is still keeping secrets from Finn. Ultimately, she will also tell him about the staircase memory that she had a few days back. Also, the memory gaps which she frequently has.

Further on General Hospital, following Ava’s attack, the police will start questioning everyone who was present at the picnic. The spoilers tease that Jordan will start questioning Victor about the night Ava was attacked. However, Victor will not like Jordan’s grilling session. Later, he will tell Spencer that Jordan will have to learn lessons for crossing her limit with a Cassadine. Whatever it is, Jordan will keep an eye on Nikolas and Victor. she will suspect these two of attacking Ava.

At the hospital, Trina will scream out for help. She will notice that Ava’s monitor is showing some weird signs. She will fret over Ava’s health and will come out of the ICU room to call for help. GH spoilers say that Ava will continue to fight for her life. Would she survive? We will have to wait to know. The bigger question still remains answered as to who might be the attacker. Hope the police find the culprit before he or she hurts someone else in Port Charles. General Hospital airs every weekdays on CBS. For more updates and spoilers, visit our website, TV Season & Spoilers.