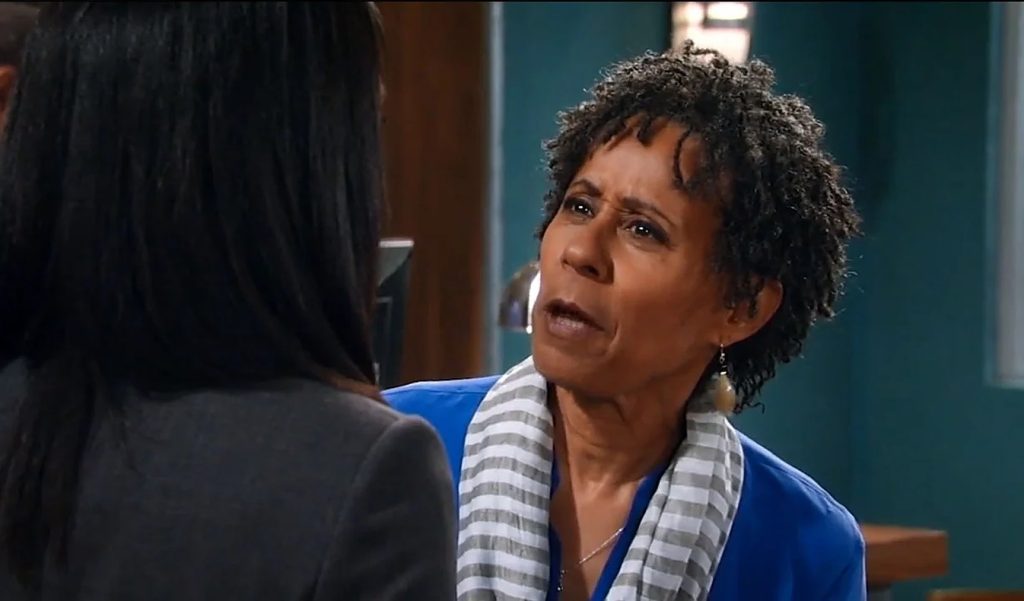 General Hospital spoilers for September 12, 2022, tease that Cody will approach Selina for a favor. Later, Curtis will be curious to know what Selina is doing in his nightclub. On the other end, Liz will confront Nikolas about his motives. Elsewhere, Ned will worry about Brook Lyn and Harrison’s relationship. Keep reading and find out what is brewing in Port Charles this Monday.

On Monday, Liz will confront Nikolas. General Hospital spoilers say that she will want to know his motives for having a fake alibi. So, she will wonder what he is hiding from her. Even though Liz feels Nik is keeping some secrets, she will certainly not suspect him of attacking Ava.

Over with Finn, he will have a chat with Gregory. He will update him on Liz’s troubles. He will know that Liz is facing a lot of issues. However, they will even talk about Nikolas and the mess he is in right now. Later, Liz will decide not to tell her part of the story to the police. Instead, she will tell them that she isn’t sure where she was at the time of the attack. This will again end up pointing fingers at Nikolas.

Whatever the case, Liz will fill Ava with more Nikolas updates. Ultimately, Ava will grow more suspicious of Nik and feel he might be the attacker. Looks like it was not just Liz; Sonny also had an interrogation session with Ava before Liz. He also suggested to Ava that Nikolas might be the attacker.

Further on General Hospital, Stella will approach Jordan. She will come clean and tell her that she was the one who stole her and Curtis’ divorce papers. As she comes clean to Jordan, she will also tell her that she has lost those documents. Due to Stella’s missing memory, she couldn’t remember this. However, Jordan will realize that this means she is still married to Curtis.

However, Selina will ask him to back off and mind his business. As far as Selina is concerned, her meetings should not bother him. Of course, it won’t be if she doesn’t drag his nightclub in this. Looks like Selina might be meeting Cody. General Hospital spoilers say that Cody approached Selina with a tempting offer. So, she might be waiting for Cody at The Savoy.

Lastly, Ned will worry about Brook Lynn and Chase’s relationship. He will know that Brook might cross her lines sometimes, leading Harrison to leave her. And at the end of the day, Brook Lynn will be the one to suffer. However, he will also acknowledge that Brook and Harrison do care about each other.

Later, Chase will have a suggestion for Brook. This will turn out to be quite a shock for her. GH spoilers tease that Harrison will tell Brooke to stop targeting Linc Brown. As for Chase, he will think that he is not even worth the time. However, Brook will not listen to him. And she will continue to support her decision on this Linc drama. Stay tuned and watch General Hospital, which airs every weekday on ABC. For more updates and spoilers, visit our website, TV Season & Spoilers.