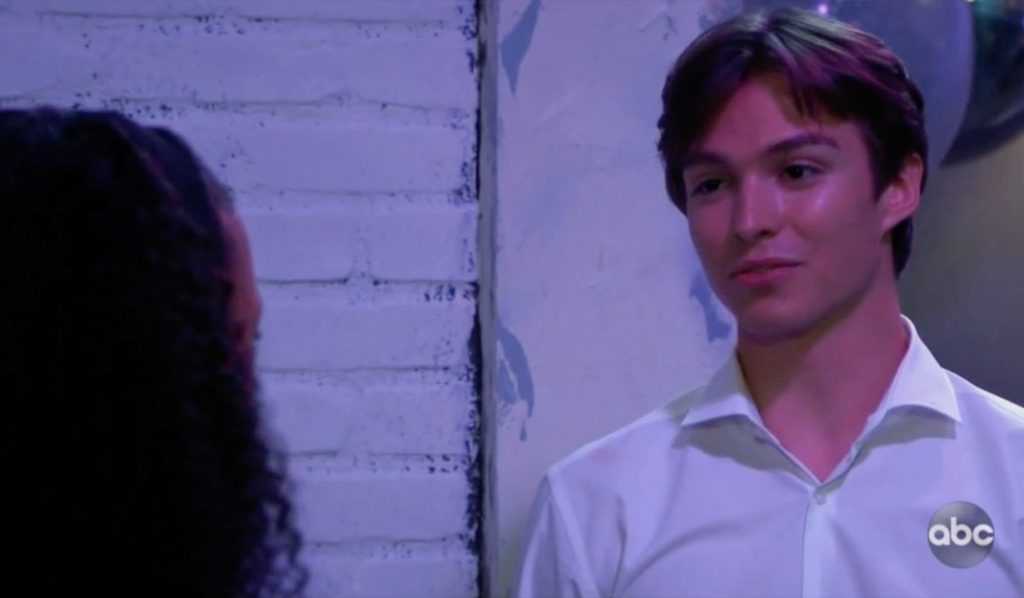 General Hospital spoilers for the next two weeks, from November 28 – December 9, 2022, tease that Dante will have some important questions for Heather. While Dante warns Dex not to get Josslyn in any trouble, Over with Holly, she will take Laura as her hostage at gunpoint. Elsewhere, Chase will also confront Brook, and she will land in a tough spot.

During the week of December 5-9, 2022, Britt will come up with some plans to fulfill before her disease spread. At Wyndemere, Liz will call out Esme’s lies and will ask her to stop acting. Across the town, Ava will pay Ryan a visit and will try to manipulate him. Keep reading to know what is brewing in Port Charles in the upcoming weeks.

First, Michael will discover how Josslyn helped Dex in the house. General Hospital spoilers tease that Michael will warn Dex not to drag Joss into all the problems. Later, Dex will have a proposal for Joss, which she will immediately deny. Mac and Kevin will also approach Ava for help. Looks like they will want to trap Esme and will need Ava’s help with that.

At the asylum, Dante will have some tough questions for Heather. Looks like he might want to ask about her recent escape. As for Heather, she will tell him that she is ready to answer any of his questions, but for a price! So, it will be interesting to see what Heather is going to ask him. Over with Holly, she will corner Laura at gunpoint since she won’t have any choice. Once she takes her hostage, Holly will move forward with her plan.

Next, Chase will know just what Brook is trying to do. Once Dante has a slip of the tongue and mentions a letter he has to receive from Brook, Harrison will know what is going on. General Hospital spoilers tease that Chase will now confront Brook with all the lies she has been telling him. So, we have to see how Brook will handle the situation. Of course, Brook has no other choice but, to tell the truth. How will Chase react to it? We will know that.

Elsewhere, Valentin will seek help from Sonny to prove Anna is innocent. While he is dealing with that, Nina and Willow will have a major face-off. Unfortunately, Willow will need immediate medical service and will be rushed to the hospital. This might be the stage where Willow’s cancer crisis might come to the surface, and the family might sympathize with her condition.

General Hospital Spoilers For The Week Of December 5-9, 2022: Esme’s Plea To Liz

Next, Esme will want to get away from the house and will ask Liz to help her with that. General Hospital spoilers tease that Liz will call out Esme’s bluff

and will be skeptical about her health condition. However, the situation might soon change, and Esme might develop some serious complications. So, we will have to wait to see it. Finn will also grow concerned for Liz and will want to know what she is hiding. However, He will also get some wrong idea when he will catch Liz and Nikolas together.

Over with Valentin, he will push Felicia for info which will help him in proving Anna was innocent. Later, she will get a shocking update about Valentin and Martin, who now have teamed up to prove Anna did not shoot Lucy. In the meantime, Sonny will also deliver a warning to Dex and won’t want him to drag Josslyn into all this mess. Later, Sonny will deliver another major threat to someone. So, it will be interesting to see who it might be.

Further, General Hospital spoilers tease that Alexis will discuss something about “The Hook” with Curtis. Looks like she might have an assignment related to the hook. What could that be? We will know that soon. Elsewhere, Spencer will get a surprise when he receives a gift from Trina.

Finally, Ava will visit Ryan and will try to manipulate him with her words. She will say that Esme is back in town and she has lost interest in her father. Could this be Kevin and Mac’s trap to summon Esme? Chances are there since they already asked Ava for help. Stay tuned and watch General Hospital, it airs every weekday on ABC. For more updates and spoilers, visit our website, TV Season & Spoilers.