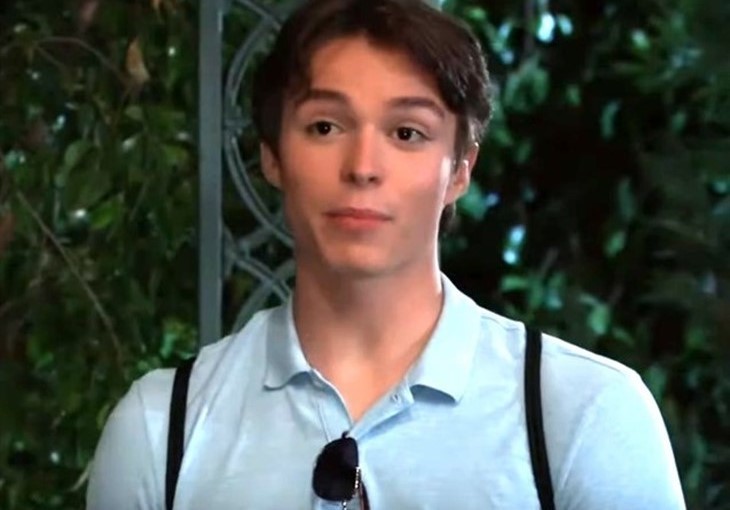 General Hospital is back with another week of action. Spoilers for the week of August 16, 2021, are out, and it reveals that a lot will be happening in Port Charles. First, a character will debut, and that will leave many Port Charles residents shocked.

Then Spencer will find himself in the hot seat. Ava will be desperate, and Jarly will set a wedding date. Will they really get married? Keep reading to find out-

The day of Cameron Mathison’s coming to General Hospital is finally here. Viewers are aware that there had been a lot of speculations about this character’s debut. Now, it’s confirmed that Mathison will play the character of Drew Cain. Spoilers reveal that he is all set to debut this August 16, 2021. While the actor himself has revealed that viewers will first get to hear him and not see, we will have to wait to see how everything pans out there.

Speaking of Drew, General Hospital spoilers suggest that Sam will get a call from him, and she will be shocked to her core. As we move ahead in the week, she will turn to Curtis for help. It looks like Drew won’t be in Port Charles, but he will be trying to get back here. Will Sam be able to rescue Drew?

On the other end of the town, Spencer will be in the hot seat. GH viewers are aware that Spencer is planning to throw a bash at Wyndemere. However, this party will be a bust. It looks like his dad, Nikolas, will do something to teach him a lesson. While we don’t yet know what Nikolas will do, spoilers suggest that whatever he does, Spencer will find himself cornered. More related spoilers suggest that Laura will be rather upset with whatever Nikolas is doing. So, she might give Nikolas some tough love.

Further as suggested by Fame10.com, after this whole Wyndemere drama, Spencer will not know what hit him. So, Trina will decide to be by his side. Trina will be really kind to him, and that will take him aback. As we move ahead in the week, the two of them will be caught off-guard about something new. And by the end of the week, Trina will be working very hard to hide her feelings, but Joss will be able to see through her act. Will she have some advice for her friend? We will have to wait to know.

Carly And Jax Are Head To Head

General Hospital: What’s Up With Britt?

Spoilers for the week of August 16 reveal that Britt will learn that actions have consequences the hard way. Other related spoilers suggest that Jax will find out that he has an ally in Port Charles. It looks like Britt’s momma bear, Liesl Obrecht, is all Team Jax. Does this mean that she supports Jax and Britt dating each other, or does she generally support Jax? We will know soon.

Laura Checks In On Elizabeth

GH viewers know that Liz has been through a lot in the past months. So, Laura will check in on her. Liz isn’t Laura’s daughter-in-law anymore, but that doesn’t mean that they aren’t close. Laura will want to know how Liz has been holding up. So, she will visit her.

As we move towards the weekend, General Hospital spoilers suggest that Chase and Willow

will share a bittersweet moment. GH viewers know that Chase now knows Willow’s secret. While Willow doesn’t know that Chase knows, there has been some awkwardness there. So, will Chase come clean and tell Willow what he knows?

More spoilers suggest that Martin will push Valentin to tell the truth about his relationship with Anna. The two have been coming closer. So, Martin will want to know what the deal between them is. Rounding off the spoilers for the week of August 16 will be Mike, who will decide that he wants to live his life to the fullest. So, would he take his relationship with Nina to the next level? That seems like a possibility.

General Hospital spoilers say that many more complications will be coming up when it comes to Nina and Mike’s relationship in the upcoming days. So, we will have to wait to see how everything pans out. Tvseasonspoilers.com will keep you updated with all the news about the soap as it surfaces. So, stay tuned.