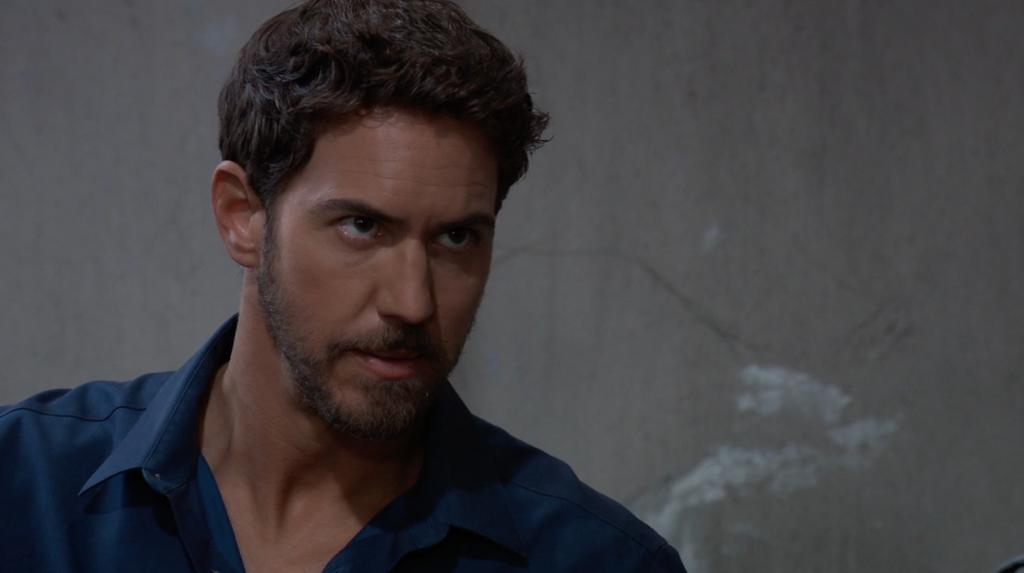 General Hospital Spoilers For The Week Of November 15, 2021: Peter’s End Has Started, Major Downfall Coming Up

General Hospital spoilers for the week of November 15, 2021, are out, and it reveals that this week will be full of revelations. First, Curtis will come to know about some truth. Then, Chase will start getting suspicious of Brook Lynn. GH viewers will also get to see Gladys as she uncovers some more secrets.

On the other end of the town, Maxie will try to smooth things over with Austin, and the drama quotient at the Cassadine Island will soar higher. Speaking of drama, General Hospital spoilers suggest that a lot of drama will unroll in Port Charles too. What will all happen? Keep reading to find out.

General Hospital: The Truth Is Out

General Hospital spoilers suggest that the soap opera will pick up from the Friday cliffhanger in the Monday episode. On November 15, 2021, viewers will get to see Curtis as he gets some answers to some very important questions.

GH viewers know that a mystery man has been stalking Curtis and Portia lately. So, Curtis might come to know who this person is and why he came to Port Charles. It looks like this person is connected to Curtis, and he will come to know the truth about it.

While Curtis searches for the truth, spoilers suggest that Chase will also be after it. As per the latest General Hospital spoilers, he will confront Brook Lynn and start questioning her. It looks like Chase has started feeling suspicious of everything that Brook says. So, he will question it.

By the time we reach Friday, GH spoilers confirm that Brook will feel cornered, and Chase might start to join the dots. Will this all be about Bailey? We will have to wait to know.

It looks like this will be a week full of revelation because Gladys will come to know something about too. General Hospital spoilers suggest that Gladys will uncover some information that will become a problem for a number of Port Charles residents. As we move ahead in the week, she will start blackmailing someone. Who could this be?

Moreover, whoever this someone is, would they give into Gladys’ demands? By the time we reach the weekend, she will meet up with Valentin Cassadine. Would she tell him about Brook and Valentin’s secret? Only time will tell.

Maxie Tries To Smooth Things Over

Speaking of Maxie, spoilers suggest that she will try to smooth things over with Austin. As we move ahead in the week, he will have questions about what Jones is planning. And, by the end of the week, Maxie and Nina will come together and worry about the secrets they have been hiding and how things will fall out if they get exposed.

. More related spoilers suggest that Peter will make a move, and things will get dangerous.

Mayhem At The Show

Back in Port Charles, General Hospital spoilers suggest that Trina will have to deal with some drama. GH viewers know that she has arranged for an exhibition in the upcoming week and looks forward to it. But, Esme will cause some chaos in the event.

However, the silver lining here is, viewers will get to see Joel Sartore’s work being showcased in Tuesday’s episode. So, make sure you tune in and enjoy.

General Hospital spoilers for the week of November 15, 2021, also reveal that Sasha and Brandomight welcome a baby Corbin in the upcoming week. Sonny will have some “fatherly” advice for Brando. Fame10 also suggests that things are about to get a little tricky for Sasha. So, it is likely that it will have something to do about the baby. Here’s to hoping everything falls into place and there are no birthing complications with Sasha there.

Carly Meets Up With Phyllis

On the other end of the town, General Hospital spoilers promise that Carly will sit down with Phyllis and have a chat. Will she want her to tell her all the details about Sonny’s life in Nixon Falls

? Would she come to know about the relationship Sonny and Nina shared? We’ll have to wait to see.

More Sonny-related spoilers suggest that he will meet with his ex-Alexis and impart some wisdom. What would this be about? Would Alexis understand where Sonny is coming from?

So, would this be Nina or maybe someone else? We will have to tune in to know. General Hospital airs on ABC all weekdays. So, make sure you tune in and enjoy. It looks like some revelations are coming up on the soap opera in the upcoming days. So, stay tuned.