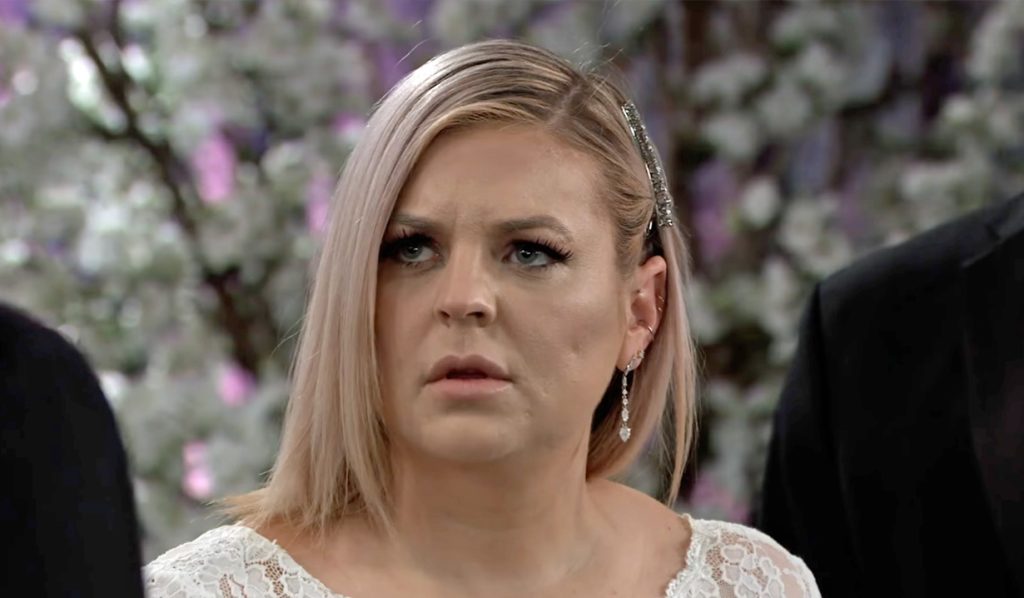 The latest General Hospital spoilers suggest that history might repeat itself in Maxie’s case soon. She might have to give up yet another baby because of the custody issues. What will happen? Will Maxie have to lose Louise? General Hospital viewers know that Maxie faked Louise’s kidnapping. She wanted to keep the baby safe from Peter.

So, she gave it to Brook, who is now raising the child as Bailey Quartermaine. However, the latest General Hospital spoilers suggest that their plan might backfire and that would lead to Maxie losing Louise forever. What will happen? Keep reading to find out.

General Hospital viewers know that Brook is raising Louise under the fake name “Bailey.” While she knows that the baby belongs to Maxie, Valentin doesn’t. Valentin believes that “Bailey” is his own child that happened after his one-night-stand with Brook. No matter how “Bailey” came into the world, Valentin is in love with the baby, and he won’t let her go easily.

On the other hand, it is Peter, who is back and is looking for his baby. GH viewers must be aware that Peter is a rather dangerous person. So, he might do everything and anything to have the baby. So, what will he do? General Hospital spoilers suggest that it is possible that when the whole truth comes out, Valentin and Peter might take this whole thing to court and start a custody battle.

Long time General Hospital viewers would recall that Maxie had given up one baby because of the custody battle too. She acted as a surrogate for Dante Falconeri and Lulu. But, sadly, she had a miscarriage. However, right after that, she slept with Damian Sp inelli and became pregnant again. Maxie then passed her baby to Dante and Lulu

. However, soon the truth came out, and everyone was distraught. Spinelli, Dante, and Lulu took the whole situation to court, where the judge ruled in Spinelli’s favor. Initially, Maxie couldn’t see the baby for six months, but then she got the visitation rights later on.

Now there is a similar situation, and it so looks like history might repeat itself. Celebratingthesoaps.com reports that Louise might find herself in the middle of a custody battle. Maxie’s past deeds might cost her another child. Peter will undoubtedly want the baby, but Valentin will not let it go either. Valentin might believe that he is the father because he is raising the child. He is also the legal father.

So, things might become really twisted there. What do you think? Will Peter get his hands on the baby? Tell us your views in the comments below. Tvseasonspoilers.com will keep you updated with all the news about General Hospital as it surfaces. So, stay tuned.