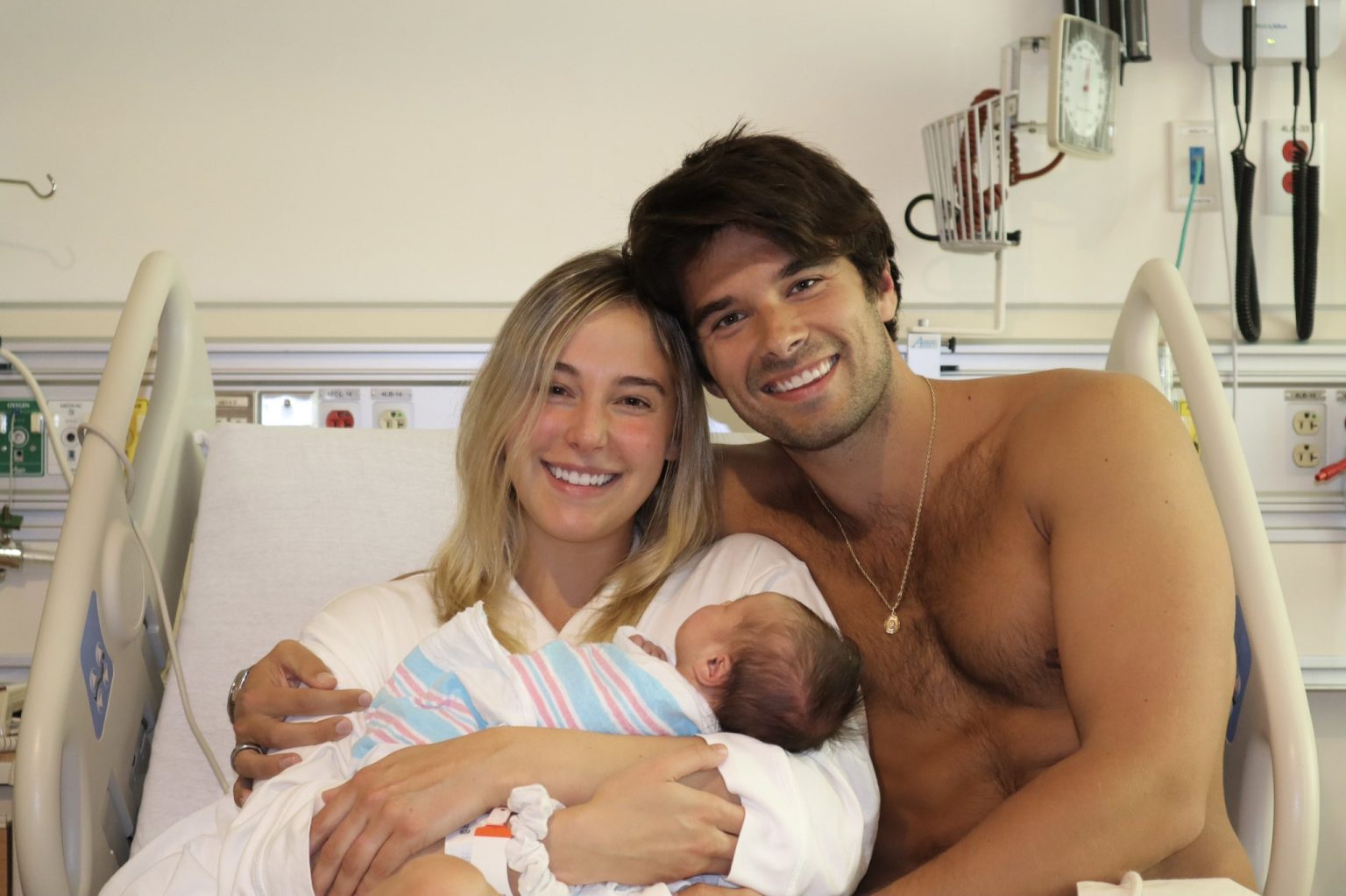 ABC’s lone-standing Daily Soap hero, General Hospital, these days is terror territory! With raging serial killers and homicidal sociopaths everywhere. However, off the screen, GH star Josh Swickard has wonderful news to share. And we are so happy to rally it to all of you! The handsome actor and his wife, Lauren, are expecting their second baby!

shared pictures of himself with Lauren and their one-year-old baby girl! Lauren’s pregnancy glow is just as beautiful as her baby bump! The couple also held up the sonogram in one of the photos.

It’s 2 Under 2 For The General Hospital Star!

“We are having another baby!” Josh announced in the caption of the carousel post. “Feeling so grateful to be on this journey again.” Josh Swikward also added a cute heart eyes emoji to the post. Cheekily, he also added the hashtag 2under2 in the caption. Insinuating that it’s their second baby in two years. The General Hospital star announced their first pregnancy in February 2021. And a few months later, in April, they were blessed with their little angel, Savannah.

While, the couple did announce their pregnancy, they did not mention how far along they are or when the arrival of the newest member of their family is due. Hopefully, whenever the big day comes, Josh will announce it just as cutely as he announced the pregnancy. Until then, Please join us in congratulating the couple for their big news. And, also little Savannah, as she is about to be promoted to the big sis position!

Meanwhile, stay tuned to TV Season and Spoilers for all the updates on your favorite stars and TV shows! We are always working towards bringing you quick and reliable news. Also, do not miss the upcoming episodes of General Hospital on ABC, the spoilers tease some really exciting and mind boggling twists and turns.