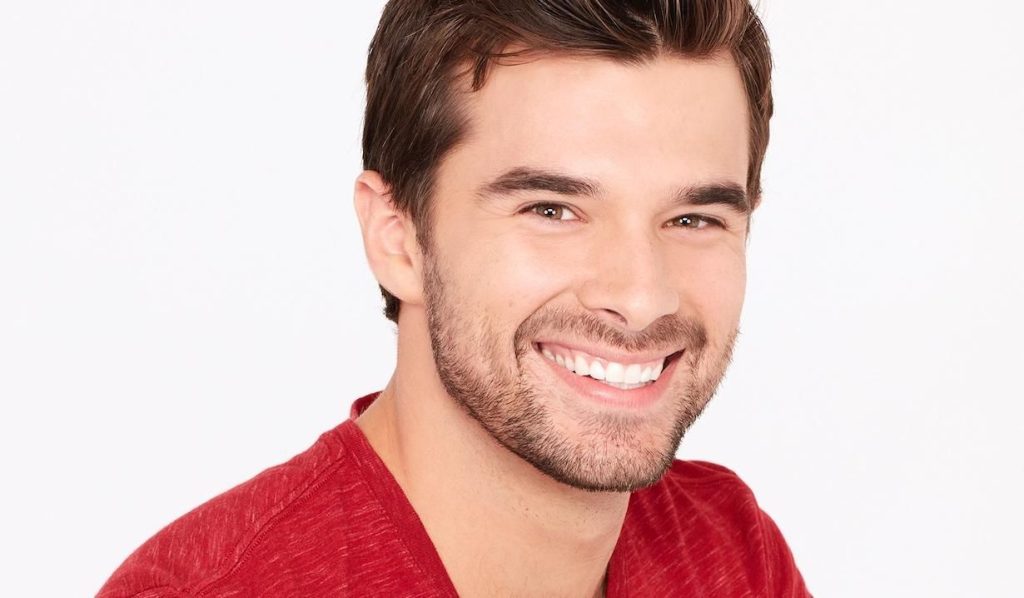 General Hospital star Josh Swickard just achieved a feat that not many can boast of! We have to admit, (arguably) with technology at our fingertips, we humans have become largely inactive as compared to yesteryears. While most people are struggling to keep up any sort of a fitness routine, Josh arrived with his A-game on! Keep reading below to find out the talented actor’s latest achievement!

Revered actor Josh Swickard who plays Harrison Chase on General Hospital, recently completed the Malibu Triathlon! The Triathlon included a half-mile ocean swim, a 17-mile out-and-back bike ride along the Pacific Coast Highway, and a four-mile out-and-back run along the shores of Zuma Beach. Woosh! Merely writing that made us sweat! It’s commendable that the star completed the whole course! But, wait! That’s not all! Not only did Josh complete it, but he also did so WITHOUT training! Now that’s worthy of an extra ovation!

The talented General Hospital star posted a tell-all video on his Instagram to reveal his triathlon plans. “Tomorrow, I’m running the Malibu Triathlon,” Josh announced. “I haven’t trained for it. I don’t swim. I’ve never ridden a road bike. He admitted. “This is going to be a new experience for me. I’m very scared. But I’m very excited.” The actor continued.

“I’m excited to push myself and get uncomfortable, but I’m terrified.” (It’s okay, Josh, we would be too!) “I’m from the midwest, so I think sharks eat people.” (That thought would be enough for most people to drop the plan!) “I’ve never ridden a road bike where you clip in. So we’ll see. The run will be fine. I’m not nervous for the run. Because you can walk, and nothing bad happens!”

Excitingly, on the day of the Triathlon, our beloved General Hospital star Josh shined even brighter! He successfully completed the entire course and shared the big news with everyone through Instagram! “What an amazing experience,” he exclaimed! “I would definitely recommend training for something like this, but boy, what an amazing testament to what the human body is capable of.” Josh added.

Josh Swickard also took the opportunity to thank his fam! “Grateful for my family for waking up far earlier than they should have so they could cheer me on in the transition areas,” General Hospital star added. “Love you all! Okay, time to go ice my entire body. Swimming makes you sore in some odd places when you do the breastdoggysidebackfloat stroke… yes, I made up a new stroke today.” Josh joked.

Please join us in the comments to congratulate our beloved Chase of General Hospital! We wish Josh all the best in all his future endeavors. May he come out triumphant in all races of life! Stay Tuned to TV Season and Spoilers for more fun updates!