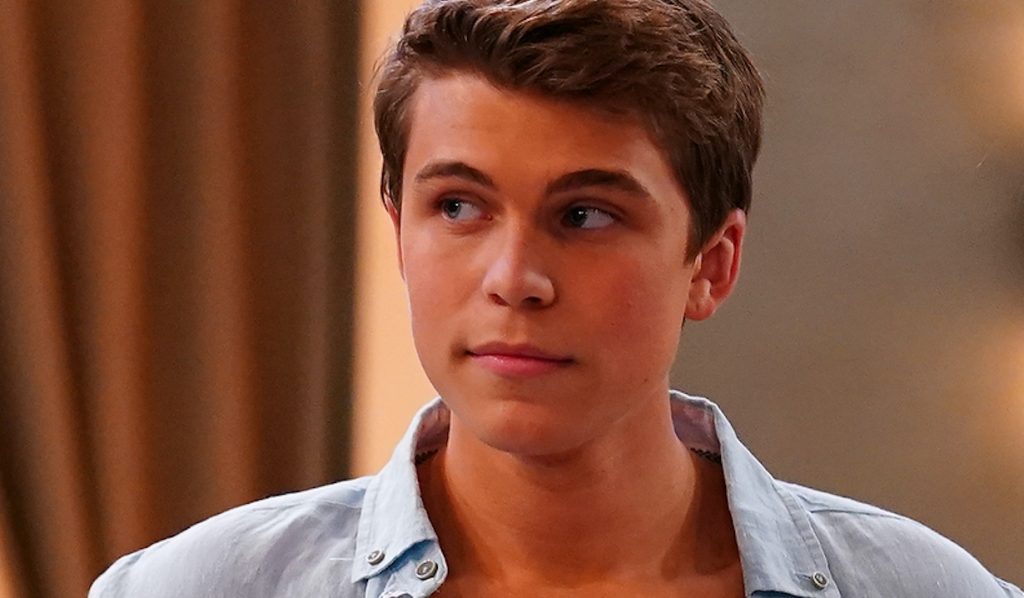 General Hospital fans who have been keeping up with the updates know that our favorite teen actor of GH recently underwent surgery. William Lipton, who plays the character of Cameron on the soap opera, recently underwent throat surgery. This is something that had all the fans a little worried. However, the actor has now posted a short video. He wanted to give all his fans an update on how he is doing.

Posting a video on Twitter, the actor thanked everyone for the love and kind messages that he had been receiving over days. William says that nobody knows how all of that means to him. So, he is very thankful for that. He also told his followers that currently, he is back on his feet, and he has even started speaking a little.

While Lipton pointed out that it was an effort to reach the point where he is right now, he is there, and that is all that matters. He continued to say that he has to give his fans a little credit for that because they are the ones who encouraged him. Concluding his statement, the actor said that he is now doing well and hopes everyone has a good day. Check out his video here-

As soon as Lipton shared this video, his friends and fans started pouring their love. Sydney Mikayla, who plays Trina Robinson on the soap, says that she is kinda digging William’s new, raspy voice. To this, William replied to her with a “Hahaha.” Fans told William that they were so glad that he was doing better. Some even asked him to give his voice rest. Others hoped that they were waiting for him to get back on the show.

Along with the health concerns, some fans seemed to have other concerns too. Many fans were wondering how William’s surgery

was affecting his work. They wondered if he was taking a break or if he was leaving the soap? To this, William cleared the air. He told everyone that he would be back soon.

This is good news, and we hope to see Lipton back in action. We send William all the love and hope for his speedy recovery. Join us in sending all the warm wishes to the actor by dropping a “♥” in the comments below. We hope William returns to General Hospital sooner than later. The soap airs on ABC all weekdays.