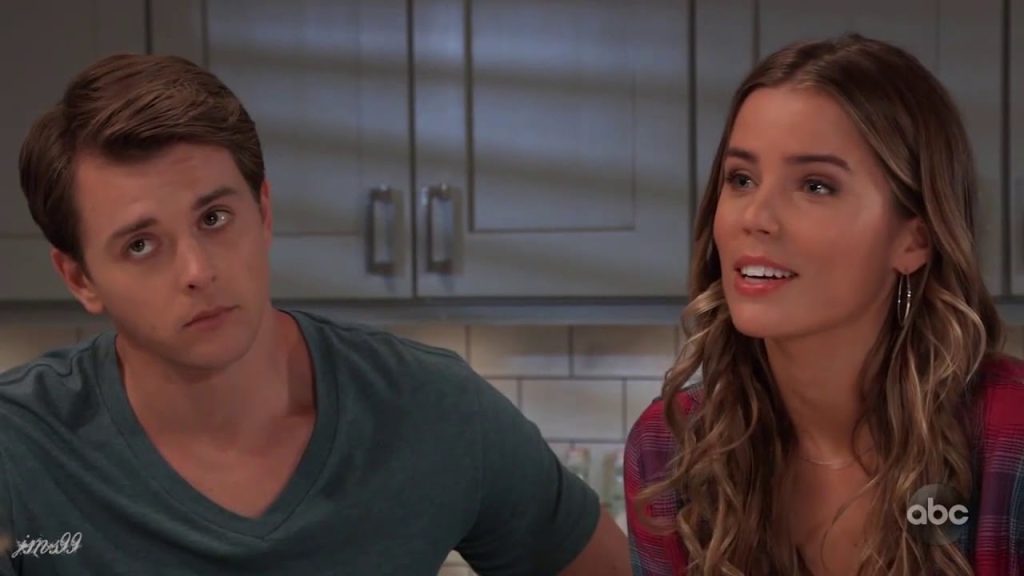 General Hospital spoilers for the weeks of March 2 and 13 reveal that a lot of tension will be looming in Port Charles. There will be confrontations, visits, break-ups, hate break-ups, and more. While someone might be planning to leave  Port Charles, someone else might plan to come in. All these storylines look very promising. Keep reading to know all about these upcoming storylines.

It looks like the upcoming week at General Hospital will start with confrontations. Jordan  Ashford will go on to confront Curtis and tell her that she did not like that he went behind her back to team up with Marcus. Jordan will point out that Curtis would have been dead. So, he will go on and settle on this explanation. In the meantime, Taggert will undergo surgery and be fine soon enough.

Trina To Be Thankful

Trina Robinson will be quite thankful for everything that is happening. However, she will hope that her dad could answer some of her questions when he wakes up. Along with that, Trina’s mom might make a debut in the episode that will air on March 5. Dr. Portia Robinson works at General Hospital. This debut might cut off some of Ava’s scenes.

Ava will visit Elizabeth Baldwin in the week to come. She is definitely working on her infidelity clause plan. It will be interesting to see if she makes any progress or her plan goes on to the dumpster.

Alexis And Dr. Neil To Get Closer

It looks like something might happen between Alexis and Dr. Neil. General Hospital spoilers for the week reveal that Alexis will give in during the week of March 9-13. This could lead to a steamy sequence in General Hospital. The two are anyways attracted to each other. So, only time will tell what happens. Further, in this storyline, Neil will be shocked because of something, and Alexis will tell him that she would like to have a future with him. She will also tell him that she would want him to give up his medical license for her. Ava will assure Neil that she will go away if he wants her to.

A Hookup On Cards For Brook And Julian?

Later in the week, Brooke Lynn will confront Julian Jerome. He may make Brook very angry in the whole process. All this could lead to a heated hookup between the two. General Hospital spoilers reveal that both Brooke and Julian will head towards the bed together. So, could all that happen? We will have to wait to know.

It looks like there will be some trouble for the lovely couple- Sasha and Michael in the episodes to come. They are, of course, in love, but Sasha’s partnership with Deception will get into works and take off. This might cause problems for the two. Owing to the deal, Sasha will have to set up business in Italy and might have to leave Port Charles. The two will even have an emotional talk where Sasha might break-up with Michael. She will want to make the most out of her career. Of course, they love each other, but they will have to do what’s best for the individual selves. This might leave the two be left heartbroken.

It seems like emotions are flooding in Port Charles. No matter what happens, all this will only lead to more entertainment in your lives. Many twists and turns are coming up on the show. So don’t miss any action there. Stay tuned to TV Season Spoilers for the latest General Hospital Spoilers and updates.