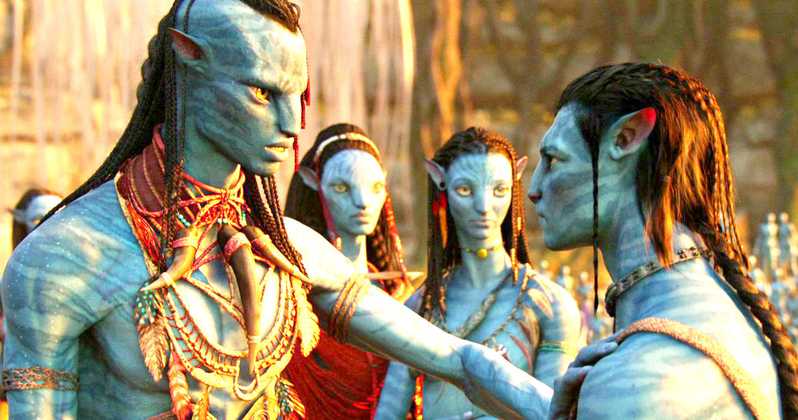 It’s been a decade since we explored the Pandora world for the first time. A decade when Jake Sully left his earthly body and finally entered in a Na’vi’s body. However, the next installment of the epic sci-fi movie is right around the corner. James Cameron is back with one of his all-time hit movie series, Avatar 2. Though, this time the Pandora universe will have a long time-lapse.
It is also confirmed that most of the scenes are set underwater. Cameron had talked so much about the movie lately. When will Avatar 2 release? What is up with Jake and Neytiri? What is the fate of Pandora? Let’s dive in together and find out.

The Avatar Sequel: The Way Of Water!!!

There were speculations that Avatar 2 will be officially titled as Avatar: The Way of Water. That is because most of the movie scenes feature underwater. Even Cameron himself announced that there would be a lot of underwater scenes. He stated that people just kind of zoom around underwater because there they propel themselves mentally.

Talking about the movie, he shared his experience and told that he had spent thousands of hours underwater. He wants the film to look like its real. However, the reported title is yet to be announced by the officials of the movie. But it is confirmed that Avatar 2 has a lot to do inside the water world.
James Cameron also talked about DCEU’s this year’s blockbuster movie Aquaman, starring Jason Momoa. According to him, the sensational movie existed between Greek Mythology and a fairy tale. He added that he could have never made that film because it requires this total dreamlike disconnect from any sense of physics or reality.

Avatar 2: Addition to The Cast of The Movie

The prominent star cast of the movie consists Sam Worthington as Jake Sully, Zoe Saldana as Neytiri and Sigourney Weaver as Dr. Grace Augustine. Meanwhile, some big stars are also added to the cast including Game of Thrones star Oona Chaplin and our loving Rose from Titanic, Kate Winslet.

Kate Winslet will join the sequel as Ronal, a free-diving member of the Pandoran race. For the movie, she excelled in keeping herself inside water for approx Seven Minutes!!! ( Yes, we all are surprised). Her inclusion in the cast of Avatar 2 was announced back in October 2017.
The veteran actress, two times Emmy Award winner Edie Falco will also be the prominent attraction of the movie. She will stand on board with Cameron and will portray a general in the upcoming sequels of the film.

What Will Be The Fate of Pandora? Jake and Neytiri’s Marital Life

At the end of Avatar, Jake Sully gave up his body on earth and went for forever in his subconscious Na’vi body. Avatar 2 will feature a significant time gap where Jake and Neytiri are still together. They now have an eight-year-old daughter.
In an interview with Empire, Cameron said that the beginning of the movie features a compelling argument between the beloved couple. They aren’t living in complete marital bliss. However, according to him, that argument is very critical for the story-line. Also, Jake will face an emotional roller coaster throughout the movie.

The Truth About Na’vi Ponytails!!!

The quick recap for the fans, the first movie of Avatar focused on Na’vi ponytails (queue) to connect with almost everything in the Pandora universe. However, Jake understood the purpose of those tendrils later when Neytiri introduced him with the Omaticaya Clan. The couple also chose each other as mates for forever, by connecting their ponytails queue. But for some fans, that became a strong point to mock or belittle the movie by referring the scene as Ponytail Sex.
However, the comic series Avatar: Tsu’tey’s Path has clarified the intent of that bond, that pity fans are going to regret. They use the queue for communication with spirits, and by joining each other’s ponytail, the couple connects with souls.

Avatar movie is going to be a five-movies series. James Cameron already started working for the next film long ago. Even he filmed the two pictures back to back (second and third).
The production is still working on live-action scenes for Avatar 2. It’ll take a few months more to wrap the production, as told by Cameron.
However, Fox has already scheduled the release date of the second movie. Avatar 2 will premiere on December 18, 2020. The audience has to wait for almost a year and a half to finally explore more the Na’vi’s and the Pandora world. It’ll be exciting to see how Jake and Neytiri will handle their marital life.