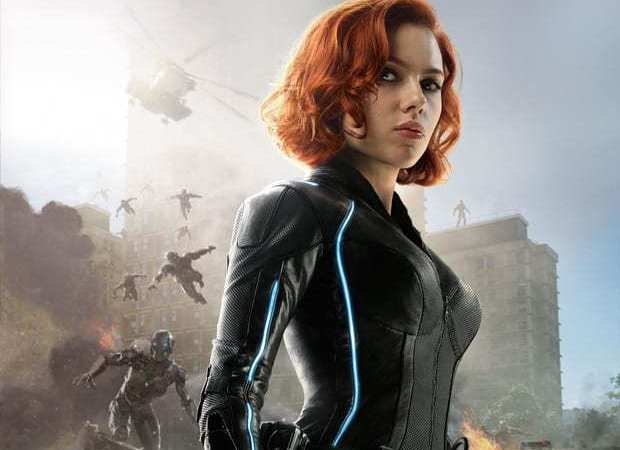 Natasha Romanoff, one of the best and the only female spies of Marvel Cinematic Universe, is getting a movie of her own. With the incoming Black Widow movie, fans are very excited to see the journey of Natasha, being the agent for S.H.I.E.L.D. and working as a member of Avengers.
Black Widow will serve as the twenty-fourth movie of the Marvel Cinematic Universe. The production work for the film has already completed. Filming for the movie took place from May to October, in Norway, Budapest, Pinewood Studios in England, and Macon, Georgia.

Its been a trend for years, Marvel Studios’ dropping the first teaser in the end October or in November for its each May release. Before 2017, the big May release Marvel movie would have their first teaser at the end of October. Movies like Iron Man 3, Captain America: The Winter Soldier, Avengers: The Age of Ultron, and Captain America: Civil War, all received their first teaser clips in the same duration. However, trends changed from then, and movies received their first clips by the end of November or in early December.

It’s just the beginning of November; therefore, the audience will get their first teaser for the Black Widow prequel anytime soon. Most probably, by the end of this month or at the start of December, the fans will see the first look of Scarlett Johanson’s Black Widow.

Along with Scarlett Johanson as the lead Agent Natasha Romanoff, the movie will also feature David Harbour, O-T Fagbenle, Florence Pugh, and Rachel Weisz. David Harbour has joined the film as Alexei Shostakov a.k.a. Red Guardian. He is the Russian super-soldier counterpart to Captain America, who has a history with Romanoff.


Florence Pugh will play Yelena Belova, a sister like figure for Romanoff. Moreover, O-T Fagbenle will feature in the movie as Mason. He will serve as an ally from Romanoff’s S.H.I.E.L.D. past, who is also romantically interested in her. And Rachel Weisz will play Melina or another Black Widow, a seasoned spy trained in the Red Room. Meanwhile, Ray Winstone and Olivier Richters will also be there in the movie, but their characters are not disclosed yet.
Another great news for the fans, the movie will also revive the beloved Iron Man, a.k.a. Tony Stark (Robert Downey Jr.) and Thaddeus Ross.

Black Widow will serve as a prequel in the series, set after Captain America: Civil War and before Natasha’s ultimate death in Avengers: Endgame. The fans mourned on the death of Natasha Romanoff at Vormir when she sacrificed herself for having the soul stone. Therefore, the return of the Black Widow also revived the fans as well.
Also, as previously revealed, the upcoming movie will feature multiple Black Widows. It turns out that Natasha was a part of a program to train women to become unstoppable assassins. Most probably, the movie will also feature a portion of a reformation of Natasha Romanoff to Black Widow. It might also include her meeting with Hawkeye.

The lead, Scarlett Johanson, herself unveiled real big news for the fans of Marvel Cinematic Universe. While she gave a speech at the 2019 event Elle Women in Hollywood, she discussed that the upcoming Marvel movie would be the first Marvel movie that is produced by one of the actors. At that time, she referred to the film as a stand-alone franchise. This statement made the fans thinking the possible incoming of more Black Widow movies. It is possible that Black Widow will get some more movies after her standalone debut in May 2020.

The movie is scheduled to release in the United States on May 1, 2020. The desperate Marvel fans are longing to see Natasha Romanoff back in the game, all alive and healthy.