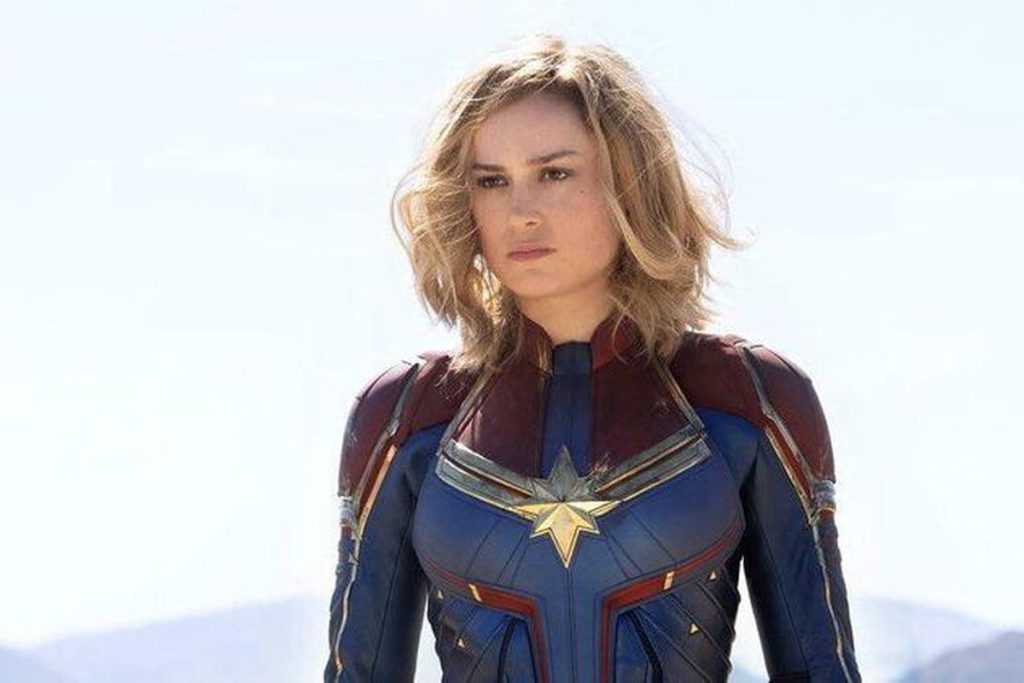 Marvel Cinematic Universe created a lot of buzz globally, with its first female superhero, solo movie Captain Marvel. After quite much controversy and criticism, the movie came out last year and laughed out at them who criticized the film initially. And since then, the superhero fans are eying up on the sequel movie, Captain Marvel 2.
Captain Marvel landed with a lot of pressure and expectations. Though the film and the character were not much appreciated and desired like other Marvel characters, it succeeded in delivering a solid origin story for Carol Danvers aka Captain Marvel. Despite harsh reactions from online trolls, Captain Marvel went on to earn over $1.1 billion at the box office.

Captain Marvel has not been officially renewed yet for the sequel. But we know that it will receive renewal sometime soon. At this time, Marvel Studios is working on its forthcoming two years projects. And that is why there is not a single update on Captain Marvel 2. However, Brie Larson (Carol Danvers) still has five movies left on her contract with the Marvel Studios. Therefore, in some time, the audience will see more of Captain Marvel over the next few years.

Captain Marvel 2: Will Introduce Another Superhero from LGBT

It seems like Marvel Cinematic Universe is also moving forward towards having queer characters. As per the speculations spreading, the upcoming Captain Marvel sequel will feature another LGBT superhero. Also, the superhero will be in the form of Hulkling. For the information of the fans, Hulkling is not a Bruce Banner’s sub-part or a victim of gamma radiation, but it is a heroic teen Skrull.
Hulkling or Theodore ‘Teddy’ Altman is a canonical gay Kree hero. The character made its debut in the comic-book, Young Avengers in 2005. The queer Kree is featured connecting romantically with his fellow Young Avenger Wiccan, or William ‘Billy’ Kaplan. The duo is considered as one of the most famous queer pair amongst the LGBTQ+ fans.
Earlier, rumors were out that the next gay superhero of Marvel Cinematic Universe will be Captain Marvel/ Carol Danvers only. However, those rumors were wrong. Though Marvel Cinematic Universe also has the bisexual Valkyrie, and an unknown married gay character in The Eternals which is scheduled for 2020.

The sequel for Captain Marvel has not got renewal yet. However, the Superhero will definitely appear for the cameo in the future Marvel movies. Star Brie Larson posted a photo of her on Instagram, holding Thor’s beloved hammer, Mjolnir. This led to another rumor that Captain Marvel might feature in the upcoming Thor movie, titled Thor: Love and Thunder.

Brie Larson Wish For Ms. Marvel in the sequel

Previously, at a Singapore Press Conference for the first movie, Brie Larson shared her wish to pair up with Ms. Marvel in Captain Marvel 2 likely. Also, Marvel head Kevin Feige has earlier stated that there are plans afoot to bring her into the Marvel Cinematic Universe.
Ms. Marvel is Kamala Khan, a young Pakistani-American teenager who happens to be a Muslim and a shape-shifting Inhuman. The girl is a resident of Jersey City. Also, she idolizes Carol and adopts her original name, Ms. Marvel. She made her debut in the comic books in 2014.

Marvel Studios has confirmed its next two years slots for Doctor Strange 2, Black Panther 2, Thor: Love and Thunder, The Eternals and more. Marvel Studios President Kevin Feige teased a follow-up feature for Carol Danvers at San Diego Comic-Con 2019. Though there has not been any update provided on the next Captain Marvel movie. Although it seems like Captain Marvel 2 could likely start-up on the schedule for 2022. The film will be the part of Marvel Cinematic Universe Phase Five.