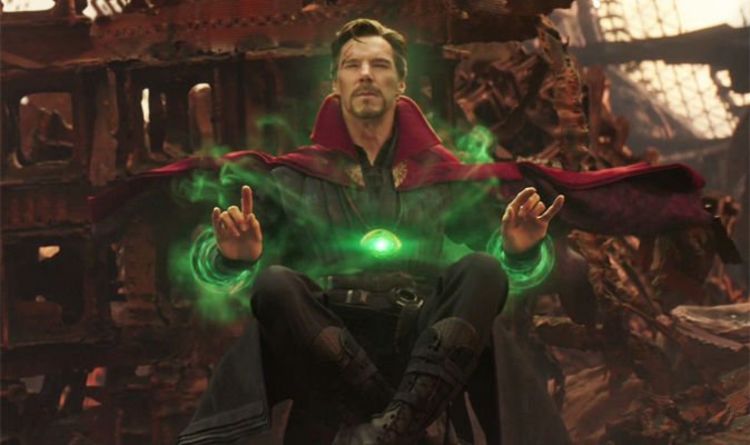 The third phase of Marvel Cinematic Universe is about to get wrapped up with Spider-Man: Far From Home. Avengers: Endgame just smashed the big screens and delved into much more possibilities for next stand-alone movies. One of them is Doctor Strange 2. Since Doctor Strange has also come back to life in Endgame, the audience started talking about the possibilities of Doctor Strange 2.
The news got fire when Marvel Studios boss Kevin Feige confirmed the news while promoting Ant-Man and the Wasp. According to him, the sequel is happening. Scott Derrickson will return as the director of the sequel. As per some reports, Derrickson and C. Robert Cargill has also started the scripting work for the movie.

Doctor Strange 2: Who Will Be The Villain?

It seems like there are so many people who want Doctor Strange to be dead. The sequel is calling for so many storylines and villains. There are various possibilities for the villain of the sequel. Some of them are as follows:

In the first movie, Doctor Strange fought against the villain Kaecilius from bringing Dormammu to Earth, along with Mordo. However, when he got to know that Ancient One was using the forbidden dark magic from long, he felt completely disrupted. After defeating Kaecilius, Mordo left Doctor Strange and Wong, as he felt disappointed about his mentor’s truth.
This adds up Mordo to become the villain in the sequel. Doctor Strange 2 would likely feature Mordo as the main antagonist. In the comics itself, Mordo comes in as the major arch-nemesis of Doctor Strange. He wants to destroy the entire world of sorcerers, and by killing the Supreme Sorcerer, his work will be completed.

As per the director, Scott Derrickson, Nightmare will be the much better option as the villain for Doctor Strange 2. He also stated that he really likes the character of Nightmare and the concept that the Nightmare Realm is a dimension. Moreover, Marvel Comics also comprised the Nightmare in the very first episodes of Strange Tales. And as Doctor Strange is quite a player of dimensions, this Nightmare Realm will be the perfect concept for the sequel.
Nightmare is a villain of 1963’s Strange Tales #110. He is the incarnation of nightmares, who lives in a parallel dimension. This is the dimension where people travel in their dreams.


According to some recent insiders, Doctor Strange 2 may feature both Jericho Drumm/Brother Voodoo and Clea. If this is going to happen, the sequel would be the debut movie for the two in Marvel Cinematic Universe. Both of them have been central characters to the mythos of Doctor Strange.
Moreover, In the first Doctor Strange movie, Daniel (Mark Anthony Brighton) got murdered by Kaecilius (Mads Mikkelsen) while protecting the New York Sanctum. He was Drumm’s brother. This laid some strong groundwork for the two foes to get introduced in the sequel.
A further addition to that, a recent leak came out by a twitter user @RogerWardell. This guy has been persistent in leaking quite big Marvel Secrets. His leak tweets for Avengers: Endgame came right, including Thor’s weight gain, James D’Arcy’s reprising role of Agent Carter and more. His recent tweet comprises Jericho Drumm and Clea’s debut in Doctor Strange 2.

Doctor Strange 2: 1980's Boogaloo. Tilda Swinton is in talks to return as the Ancient One. Jericho Drumm and Clea will make their MCU debuts, Clea will likely be portrayed by an Asian actress. Most importantly the gloves will be back!

Rachel McAdams Will Be Back

Along with the core cast members of Doctor Strange, including Benedict Cumberbatch and Benedict Wong, some new faces will also join in the sequel. According to The Hollywood Reporter, Rachel McAdams return in Doctor Strange 2 as his love interest, Christine Palmer.

Meanwhile, Tilda Swinton would also make her reprisal in Strange’s thoughts as the Ancient One to give Strange guidance.

How Endgame Will Effect The Second Doctor Strange Movie?

After the conclusion of the Endgame

, each Avenger has turned back to their original lives. The Endgame itself lost a span of five years. Though half of the population of the universe came back from dead in just a snap, they anyhow lost the five years of their life. In the absence of the Avengers and the infinity stones as well, the entire universe had just delved into oblivion.
Moreover, according to the Ancient One, the Earth should always have the Sorcerer Supreme to protect and maintain the balance on Earth. And in those five years, without Doctor Strange, the Earth may have drowned into severe intricacy. This means that Doctor Strange will return to his sanctum of magic in place of the Ancient one to maintain the equilibrium on Earth.

As Marvel studios have already released its schedule for the next three years, the release date for Doctor Strange 2 is pretty predictable. The sequel is scheduled for 2020 release. Therefore, the movie will release either on May 1, 2020, or on November 6, 2020.