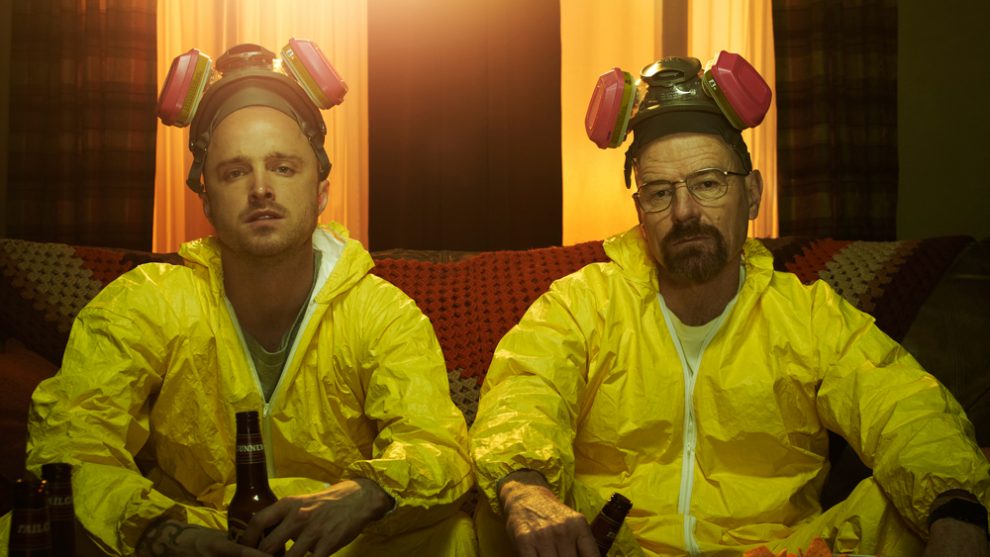 'El Camino: A Breaking Bad Movie': What Fans Need To Know About It

This seems like a dream for all the beloved fans of Breaking Bad. After years of the finale, the crystal-meth makers are back in business. However, this time, in a different way. Netflix has dropped the teaser for The Breaking Bad Movie out of nowhere. The movie is titled as ‘El Camino: A Breaking Bad Movie,’ and will feature the after events from the finale of Breaking Bad.
The movie was first formally announced in February 2019 and was later revealed to be titled as ‘El Camino: A Breaking Bad Movie.’ The film is a spin-off of the successful AMC series, Breaking Bad. The series features chemistry teacher Walter White, who delves in the drug-business along with his pupil, Jesse Pinkman. He does that to give his family a stable future as he was suffering from cancer.
The show serves as one of the best TV series of all time. Breaking Bad debuted in 2008 and ran for five consecutive years for five seasons. The series also got nominated for numerous awards and got 16 Primetime Emmy Awards along with various other ones.
Breaking Bad movie was in speculations from so long. However, the streaming giant did not put forth any hint on that in a long time. The film got limelight two days back when Netflix users found a placeholder page, giving the title and synopsis of the movie. The page had been deleted in a while. However later, The New York Times confirmed the news on the film. They also published an interview with Aaron Paul discussing the film.

With the official announcement of the movie, Netflix also released the first teaser for The Breaking Bad movie. The teaser featured Skinny Pete, one of the oldest friends of Jesse. He was brought in for the questioning about where is Jesse? Though he cleared out that he has no idea where his friend Pinkman has gone. In the teaser, Pete also stated that he is not going to help the police putting Jesse Pinkman back inside the cage.

El Camino: A Breaking Bad Movie: What Is It about?

The movie will feature the after events of the last season of Breaking Bad. The finale of the series, “Felina” saw Jesse (Aron Paul) escaping from the Neo-Nazi gang with the help of his companion Walter White (Bryan Cranston).
Netflix also teased the plot of the upcoming movie in a statement during the press conference. According to them, in the wake of his dramatic escape from captivity, Jesse must come to terms with his past to forge some kind of future.

In the interview with The New York Times, Aaron Paul discussed his views on the movie. As he revealed, the writer-director of the original series and the film as well, Vince Gillian contacted him two years ago with the offer for t he movie. To that, Aaron replied that he would follow him into the fire. Aaron also stated that he did not realize that he wanted another chapter of Breaking Bad. Though after working on the movie, Aaron feels so happy and proud that he worked on that.

What happened to Jesse Pinkman?

The movie is scheduled to premiere on October 11, 2019, on Netflix. The film will first release exclusively on the streaming platform, with subsequent airing on AMC . The fans of the astoundingly successful crime drama are eager to know what is more in the plate for Jesse and what is going to happen next? Till then, stay tuned for further updates on El Camino: A Breaking Bad Movie.