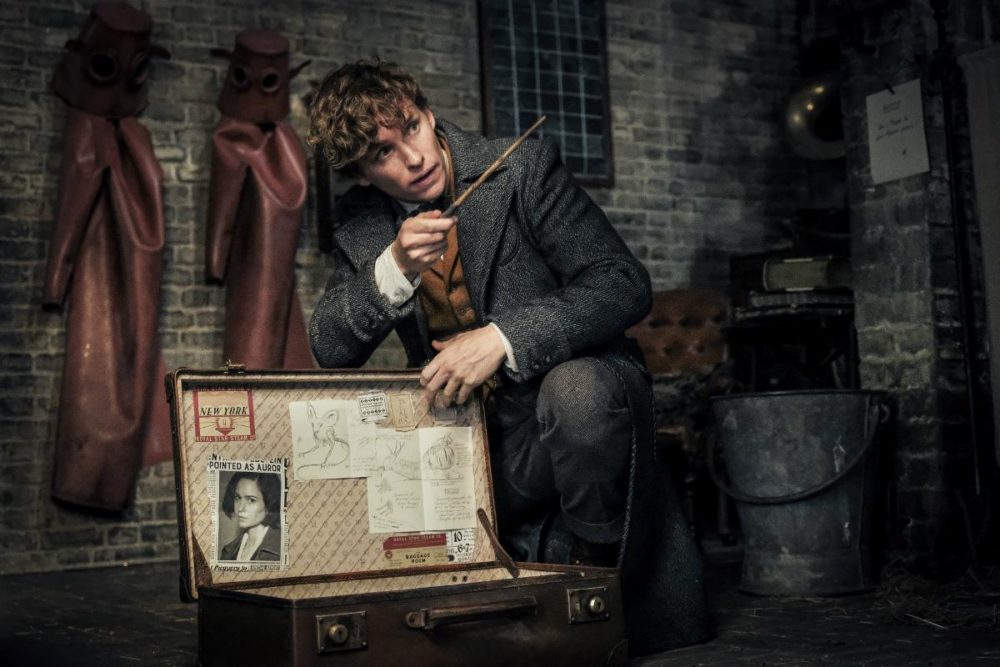 Fantastic Beasts 3: The Movie Has Been Delayed, Release Date

The Plot of Fantastic Beasts 3

The Rowling herself said that the movie would be a five movie series and adhere in the span from 1926 to 1945. The Crimes of Grindelwald is established in the time zone of 1927, signals that the next three movies will take place in a long-drawn time gap.
The second movie of the series leaves us with two-time bombs which are the main Horcrux of the film. The first time bomb is the pendant, which has the blood of Grindelwald, and Albus Dumbledore. However, one of Newt’s Nifflers stole the locket. The mixed blood made an undeniable pact that prevents both wizards from causing harm to each other. Due to this, Dumbledore is unable to move against the dark wizard Grindelwald. The second one hasn’t been revealed yet.

It seems like the only way to break the magical pact is by the destruction of the pendant. That will allow the greatest wizard Dumbledore to fight the most significant battle against the dark wizard. For that, Dumbledore, Newt, Tina, and Jacob are likely to wander around the world and find a way.
Sidewise, Grindelwald is protected by the telepathic wizard, Queenie. The dark wizard wants Credence to be on his side. He even gained Credence’s trust by revealing himself as the Dumbledore’s unknown brother, Aurelius Dumbledore. There will be some discussions about the birth of Credence, as he is an Obscurus.

About The Cast Of Fantastic Beasts 3

The young Albus Dumbledore played by Jude Law showed his brilliant magical actions in Fantastic Beasts: The Crimes Of Grindelwald. He will be present in the next movie to face Grindelwald. The Grindelwald himself, Jonny Depp confirmed his return to the upcoming prequel with many of the core cast. Alongside Depp, The Theory of Everything star Eddie Redmayne will stand as Newt Scamander, with Katherine Waterson as Tina Goldstein, Dan Fogler as Jacob Kowalski, Alison Sudol as Queenie Goldstein, Ezra Miller as Credence Barebone, Callum Turner as Theseus Scamander.

Where Will Fantastic Beasts 3 Take Place?

By far, there hasn’t been any revelations about the third destination of the movie. However, J.K. Rowling provided some clues through her Twitter handle, as it can be Rio De Janeiro, while she was writing the script of the movie.

Let’s just say I really ought to be able to spell Rio de Janeiro properly, given how many times I’ve written/typed it in the last few months.

Moreover, when asked about how many movies will be there in the Fantastic Beasts series, she replied to that Five, in five languages. One of them was ‘Cinco,’ which could be either Spanish or Portuguese, the official language of Brazil.

The official announcement for the third film has not surfaced yet. The movie was expected to release around late 2020 but the recent announcement is not in favor. Back in 2014, Warner Bros. announced the studio’s upcoming features, two of which merely titled as “Untitled WB Event.” One was for Nov. 16, 2018, which ultimately was “Fantastic Beasts and the Crimes of Grindelwald.”
The second one, November 20, 2020, was suspected to be the third installment of the film. But according to the recent announcement made by Warner Bros. “Dune” will release on the second announced date. Therefore, the audience has to wait longer for Fantastic Beasts 3. The third movie of the franchise will likely hit the theatres in late 2021.
As per the reports, ‘Fantastic Beasts and where to find them’ received quite good reviews with its gross collection of 814 million. But the Crimes of Grindelwald hadn’t received much acclamation with its total collection of 652 million. The movie will be even more significant than the previous two as it includes Newt’s adventures and the drastic battle of Dumbledore and Grindelwald.