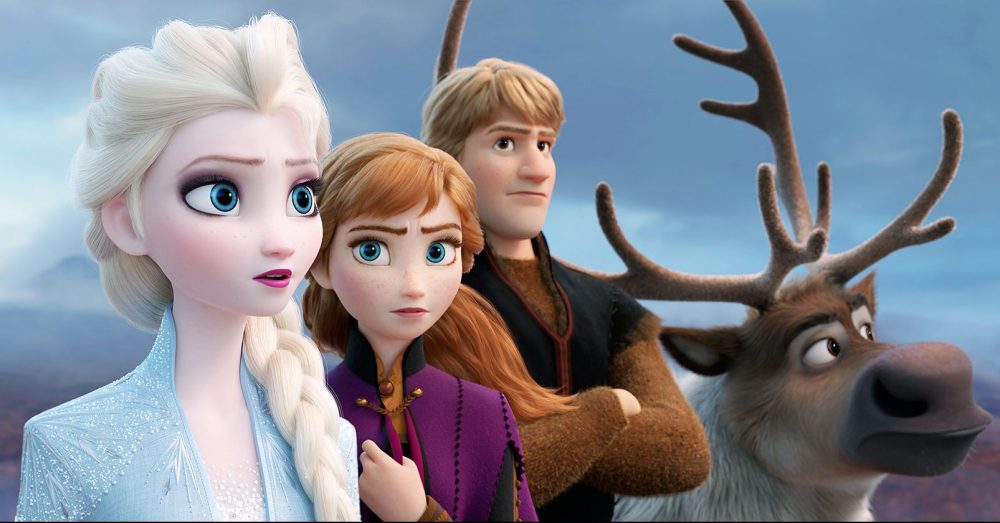 “Let it go” is one of the iconic and most award-winning songs from Frozen by Disney Animation. Its been six years since the release of Frozen. Well, the Animation giant is back with the sequel of its one of the most grossing movie, Frozen 2. Walt Disney Animation Studios released the teaser trailer of Frozen 2 recently. That teaser trailer is considered as the best Disney has ever dropped. Frozen 2 is one of the most anticipated movies in 2019 by Disney, after Avengers: Endgame.
2014 Oscar winner Frozen is a 3D animated musical fantasy film of Walt Disney Pictures. The movie is inspired by Hans Cristian’s fairytale “The Snow Queen.” Frozen is one of the most grossing films of Disney with $1.276 billion earning. Every age group loved the movie all around the world.

Disney Studios revealed the very first look of Frozen 2 earlier this month. The trailer begins with a dramatic sequence where Elsa (Idina Menzel) tries to cross over an ocean with her powers to freeze. She attempts to run, climb and even froze the water and slides over it. Similarly, there are scenes of Anna (Kristen Bell) crossing through the forest. Even Kristoff (Jonathan Groff) and Olaf (Josh Gad) leading a herd of reindeer across the landscape. It seems like they are behind something big and evil.

The teaser-trailer broke all the records worldwide. The Frozen 2 trailer has been watched more in the first 24 hours than any other animated film trailer in history.

Though there wasn’t any dialogue or plot revealing scene, it is by far the most visually stunning Disney teaser. The teaser is a pure visual spectacle with breathtaking animation. It also hinted for a lot of action and a more darker, intense story-line.

Frozen 2: Some New Characters in the Sequel

The trailer featured two new characters to the Frozen world. According to the reports, they are Sterling K. Brown (from This is Us ) and Evan Rachel Wood (from Westworld). Though their character details haven’t revealed yet, it’ll be exciting to see how the new characters will contribute to the whole dark side of Frozen.

Will Elsa and Ana Find Their Parents?

This time, Frozen sisters will go on a vast journey to find about their parents. The first movie revealed that their parents perished by the storm in the sea. It seems like Ana and Elsa’s parents are somewhat alive. For that only, Elsa and Ana will move forward from Arendelle, as shown in the trailer. However, they all will unite at some point and continue to the journey. On the mission, the sisters will fight together with the elemental foes.

The Teaser-Poster Also Has Something to Say

If you look hard enough, this teaser poster will reveal quite a few surprises (like how pretty a snowflake is up close). #Frozen2 #November pic.twitter.com/b6WYL368zL

Meanwhile, some more speculations are flourishing around over Josh Gad’s (Olaf) tweet. According to him, the story-line has more in it than it seems. The teaser poster will also reveal quite a few surprises. The poster has four snowflakes and in the middle of them has four distinct diamond crystals. Each of them has a different design in the center.
Onto that, the fans started making stories and theories. Some think that these four snowflakes depict four great characters from the animation world. For some, that signifies four parts of the movie. Whatever it is, we will find that out only after we will watch the movie.

Director Jennifer Lee stated that she and Chris Buck (Co-Director) lately decided that the story was done. They were not doing the sequel. But one day they were talking and somewhat realized that there are things that they hadn’t explored which are pretty significant. And finally, in March 2015, the announcement of Frozen 2 was made.
Frozen 2 will smash the theaters all around the world on November 22, 2019. However, the movie was previously scheduled for November 27, but the date got postponed.