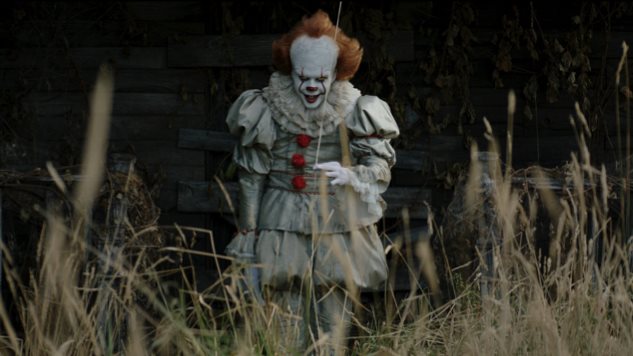 It: Chapter 2: Everything You Need To Know, Release Date & Plot

The scary clown is coming back to haunt us all. Stephen King’s most dangerous and horrific character is about to come alive. It: Chapter 2 will be the next installment of the horror series, following Pennywise as the Sociopath Clown. The entire star cast of the movie recently disclosed the first look of the sequel at CinemaCon.
It is a supernatural horror movie adapted from Stephen King’s 1986 novel. The film debuted in 2017 and became one of the biggest openings in modern box office for a horror movie.

IT CHAPTER 2 is coming.

It: Chapter 2: Filming Wrapped Up

Andy Muschietti, the director of the movie, has confirmed the wrap up of the filming. The news came affront by an Instagram post from the director himself on November 1, 2018. He also expressed his sentiments about the sequel and his journey of 86 filming days.

It Will Include Both Junior and Senior Losers

The sequel will feature both the kids and adult characters of The Losers Club. James McAvoy will play Bill Denbrough alongside Jessica Chastain as Beverly Marsh, Jay Ryan as Ben Hanscom, and Bill Hader as Richie Tozier. Furthermore, Isaiah Mustafa joined the sequel as Mike Hanlon, James Ransone as Eddie Kaspbrak and Andy Bean as Stanley Uris. Meanwhile, the terrifying Pennywise from the first movie will reoccur in the sequel. This time, it will be scarier and will be portrayed by Bill Skarsgard.

While Jaeden Martell, Sophia Lillis, Finn Wolfhard, Jeremy Ray Taylor, Jack Dylan Grazer, Chosen Jacob and Wyatt Oleff are recurring back as the younger Losers.
Some new characters will join the sequel as well. Jess Weixler will play Bill’s wife, Audra. Will Beinbrink also joined the movie as Tom, Beverly’s abusive husband. The sequel would also feature a hate crime scene from the King’s novel. The scene will include characters Adrian Mellon and Don Hagarty played by Xavier Dolan and Taylor Frey respectively.

What Will Happen In The Upcoming Sequel?

The second chapter will see The Losers Club called back to Derry, Maine as adults. The sequel is set 27 years after the events of the original film. However, the movie timeline will move back and forth between 1985 and the present. The Losers Club will be forced to tackle with Pennywise once again.
Furthermore, the younger team of children will play a vital role in bringing down Pennywise. Their memory will play the key factor for it. Since the King’s horror world drafted back in 1986, the writers also made some alterations, to present the movie set of the 21st century.
The first look at the CinemaCon also left the audience in suspense. The teaser featured Beverly returning to Derry to her old apartment. But instead of her father, an unknown woman answers the door. She tells Beverly about the death of his father. After some weird talks, the woman utters a strange statement, “No one who dies in Derry ever really dies.” which seems pretty dense and dope there.
After that Bev looks at some old portraits on the wall. The old lady snaps out from the background supernaturally, peeks at what Bev is doing and then comes back to the kitchen, so quick. Again after some strange, creepy talks, the old lady starts making a horrifying sound, feels like the old lady herself is the crazy clown, Pennywise. This was just the trailer, the whole movie is yet to premiere, which will be much scarier.

New line Cinema announced back in September 2017 that the sequel would release in September 2019. This was proclaimed even before the filming of the sequel. Later, Warner Bros. officially scheduled the movie to release on September 6, 2019.