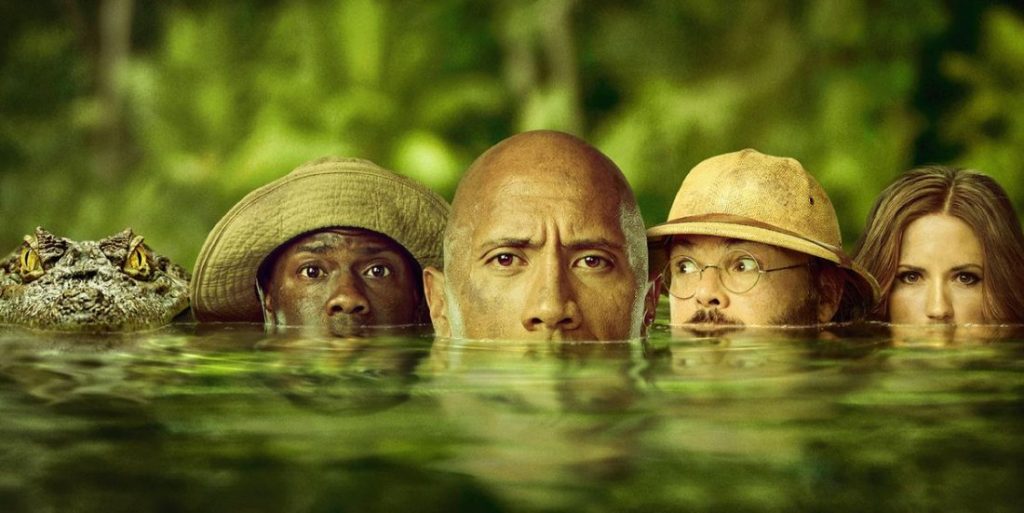 Jumanji is a movie that the audience has followed since their childhood. The fans loved Robin William’s comventure (comedy-adventure) inside the horrific game world. The sequel of the globally acclaimed film came out in 2017 titled Jumanji: Welcome to the Jungle. The film starred Dwayne Johnson as Dr. Smolder Bravestone who dealt with the adventurous journey of Jumanji.
Just after the great success of the sequel, Sony Pictures decided to make Jumanji 3. Yes, Jumanji is coming back with another adventurous comedy inside the Jumanji world. The news got fire when Dwayne Johnson himself tweeted about the third movie. He posted a photo with the news about the beginning of production of Jumanji 3.

First Look of The Movie

Dwayne Johnson always keeps his audience updated about his schedules and work, irrespective of his intensely busy schedule. In March 2019, he also posted the first look of the characters on Instagram. The gang of four: Smolder Bravestone (Dwayne Johnson), Franklin ‘Mouse’ Finbar (Kevin Hart), Ruby Roundhouse (Karen Gillan) and Jack Black (Prof. Sheldon Oberon) are back for the turbulent yet exciting journey of Jumanji 3.

The cast members also seem to have fun on the set. Karen Gillan herself posted a video on Instagram featuring Jack Black singing while asleep. Despite this fun prank, Jack praised about Karren’s character Ruby on his Jablinski Games YouTube channel. He stated that the character has evolved and now she have got more stuff and rad stuff to do this time.

Who Will be Seen in Jumanji 3?

The upcoming movie will feature some new characters along with the core cast members. The Crazy Rich Asians and Ocean’s 8-star Awkwafina will join the third movie. Danny DeVito from It’s Always Sunny in Philadelphia, and Danny Glover from Lethal Weapon will also feature in the third movie of the franchise. Though their characters are yet to reveal. Dania Ramirez from Once Upon a Time will also join the movie.
Nick Jonas will reprise his role as Jefferson ‘Seaplane’ McDonough. Rhys Darby will also come back as Nigel, the player’s guide.

What Will Happen in Jumanji 3?

The sequel of 1995’s iconic movie, Jumanji: Welcome to the Jungle introduced the Jumanji in a new video game form (the last one was a board game). After all the troubles and adventure inside the game, the gang finally succeeds to destroy the video game.
However, the photo from Dwayne’s tweet says something different, when analyzed critically. The picture features the video game cartridge from the previous movie. The person holding it seems like he is trying to assemble the entire unit again. Moreover, Jumanji 3 will focus on the origin of the game. The movie will reveal how the game came to existence. Furthermore, it will explain how the game remakes itself and changes its form from one to another.
Dwayne Johnson stated that the director Jake Kasdan have some dynamite plans for the next installment. Even Jake also revealed that the film would fetch more references from the original movie.

The production work of the movie began in January 2019 and is likely to wrap up by the first half of 2019. Jumanji 3 is scheduled to premiere on December 13, 2019. However, the movie will premiere head-to-head with the Star Wars (Episode 9). The previous film also released parallel to the Star Wars: The Last Jedi.
Though Jumanji: Welcome to the Jungle released against the most prominent brand of Hollywood, Star Wars, the film did great and achieved a gross collection of $962 million. The audience has high hopes for Jumanji 3 as well.