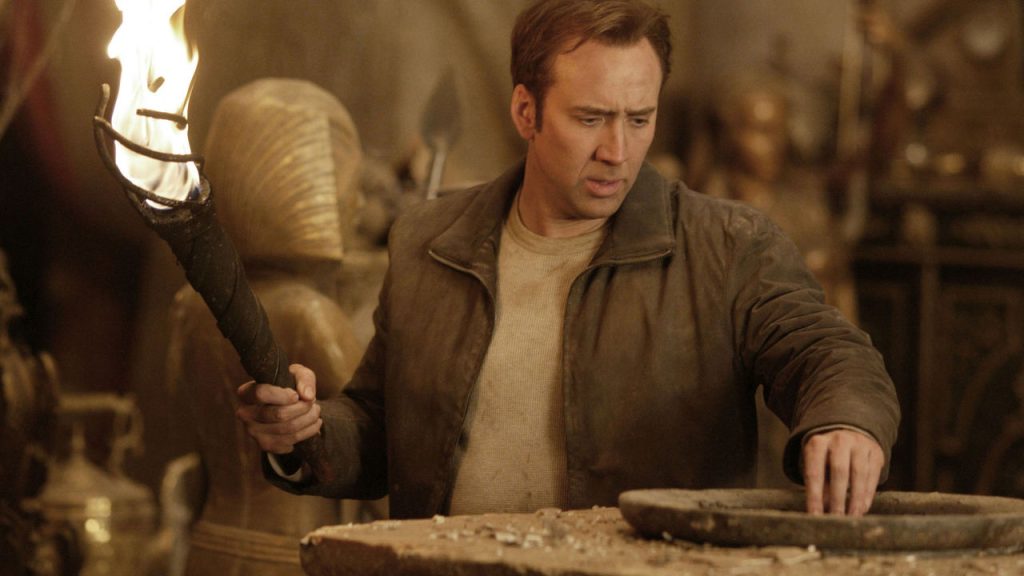 National Treasure 3 Movie: Will It Ever Return? What Will Happen?

The famous movie franchise stalled its production after its first sequel. After almost a dozen years, fans are eager to know if National Treasure 3 will ever make it to theatres. Disney’s adventure film was a huge commercial success at the box office. Though it didn’t do well with the critics and ended up receiving mixed reviews, National Treasure is still one of the best guilty-pleasures of the 2000s.
The story of the film revolves around a historian and amateur cryptologist, Benjamin Franklin Gates. The popular and experienced actor, Nicolas Cage brilliantly plays the lead. In search of a lost treasure, Gates gets to know about a secret code written behind the Declaration Of Independence of America. The code leads them to various hints and clues towards the national treasure.

On its initial release in 2004, the original film earned a massive $347.5 million, against a budget of $100 million. The second movie, National Treasure: Book Of Secrets grossed even more in 2007. It surprisingly collects $457.4 million worldwide. However, even after its bulky success, the franchise did not get a third follow-up. But does it still has a chance of renewal?

National Treasure 3: Will It Ever Release?

Though the threequel is delayed, doors are still kept open for its release. Disney has previously spoken about the same and justifies that they are still in search of a script. Moreover, in a recent interview, Disney’s CEO Bob Iger opens up to the fans and hints there is hope. He suggests that producer Jerry Bruckheimer is still interested in making another film.

Iger also adds that the discussions about the same have been going on since 2016. Though, the team is yet to greenlight the film. Though he says that the chances for it to release are still likely. Fans will have to wait a little more for Disney to give them a concrete decision.

In an interview with Entertainment Weekly, actor Nicolas Cage discusses the reasons behind the delay. He justifies that such scripts are difficult to write. Moreover, he further explains that since the movies rely on historical events, facts need to be accurate. Additionally, there also lies the pressure to make it entertaining.
Hence, it is a challenge to get the script ready to produce and has to match the current situation of the world. Although, he ends up adding that the team is still working on it. Thus, he hints that fans can still hope for a third installment to the film series.

National Treasure 3: When Will It Release?

Since the third movie is yet to be renewed, we cannot hope it to release very soon. As the script is still to be written, it may take a few years for a concrete premiere date. Though, fans are hungry for another over-the-top treasure hunt and still expect it to hit the theatres as soon as possible.

National Treasure film series is an enjoyable weakness. Despite its exaggerated theme and plotline, it still entertains the fans. The set of movies grossed a combined $805 million at the global box office. If the National Treasure 3 releases, it may show its magic all over again.