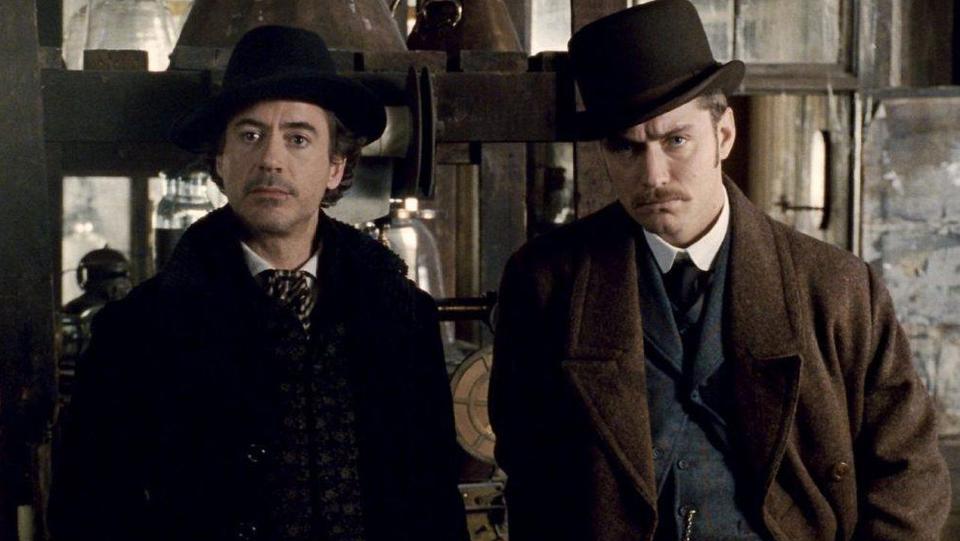 Sherlock Holmes 3: The mystery will come up, and Sherlock will unravel it one more time. With his artistic and cunning calculating skills, the detective can solve any enigma with the least possible hints and proofs. Its been almost eight years since the fans got their favorite Sir Arthur Conan Doyle’s character on big screens. However, with Sherlock Holmes 3, the audience will get to see Robert Downey Jr., one of the best character portrayals one more time.
Sherlock Holmes 3 will be a co-production between Warner Bros and Village Roadshow. The sophomore run of the franchise, Sherlock Holmes: A Game of Shadows came out in 2012. And since then, the audience have been waiting for the next Sherlock movie. However, now the news is also surfacing, and with this new addition of the higher authority signals that the production work will kick off soon for the third run of Sherlock Holmes.

For the next Sherlock Holmes movie, Rocketman’s filmmaker Dexter Fletcher is going to sit in the Director’s chair. He took over the franchise from Guy Ritchie, who directed the previous two Sherlock Holmes movies back in 2009 and 2011. The film will mark Fletcher’s follow-up to Elton John biopic-musical Rocketman. And also, it will give the filmmaker his blockbuster-iest material yet.

No offense to the hardcore Iron-Man fans (I am a huge one too), but the death of the character has finally put up for Detective Sherlock Holmes for his next movie. Marvel’s Iron Man had kept the star Robert Downey Jr. all packed up and prevented any new filming for the series. Though Warner Bros had already planned on making a third Sherlock movie long ago, the busy schedule of Downey Jr. and Jude Law resulted in the delay of the film.

However, Iron Man is not with us now, and Jude is also going to give his time to the movie, despite his commitments to Fantastic Beasts’ Professor Dumbledore.

Looking at the significant time gap between the previous and the upcoming movie, it seems like Sherlock Holmes 3 will feature a distinctive time gap. Also, Jude Law himself stated that it had been a long time since the audience saw Sherlock and Watson. Therefore, the two will also play as they have not seen each other for a long time. This could mean that Detective Sherlock and Watson would spend some time separately and then will unite back to solve the mystery.

Who Will Be The New Villain

The second installment of the franchise saw Professor James Moriarty (Jared Harris) as the prime villain creating the chaos. The second movie also left some unfinished business between Sherlock and Moriarty. Therefore, plot-line seems that the third movie may talk about mastermind Moriarty.
Though Jared Harris himself seemed a little less confident about his return in the movie. In a conversation, he also stated that the last script he saw did not have Moriarty in it. If creators follow the same scenario, fans will see a new antagonist for the upcoming film.

The movie has dealt with tremendous delays, even in the production work and premiere. Warner Bros. previously scheduled Sherlock Holmes 3 to release on December 25, 2020. However later, in March 2019, the movie got rescheduled to premiere on December 22, 2021.
But this time, it will open head-to-head with one of the most acclaimed movies of 2022. That includes Hotel Transylvania, Universal’s Wicked and James Cameron’s Avatar 2. However, there’s no doubt that Sir Arthur Conan Doyle’s most portrayed character will smash the screens again with grand success.