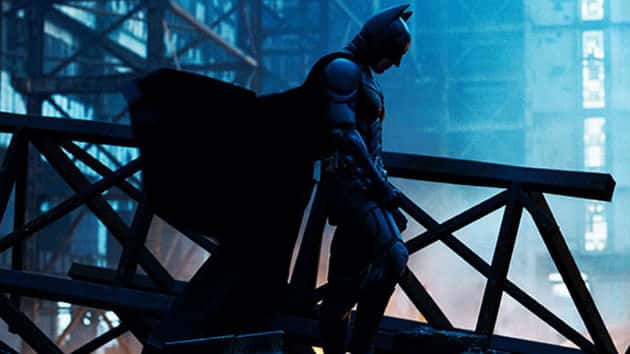 The Black Caped Superhero is on the way back to save the Gotham City. Warner Bros. has rebooted the Batman franchise for the next movie, titled The Batman. Also, Matt Reeves will direct the movie and play around with a brand new, young Batman. And previously, news came in that The Twilight franchise star Robert Pattinson will play the young Cape Crusader.
Lets us check out all the updates.

Script Completed For The Batman

The movie has been in development for quite some time. With Matt Reeves as the director on board, things have changed pretty much, even the storyline. As per the reports, he also rewrote the script for the film. And recently, the news confirmed that the writing work has completed for upcoming Batman movie.

Earlier, news break-in that DC is staring Twilight star Robert Pattinson as the vigilante Batman, in the upcoming Batman movie. This news revealed even before the studio officially hired him for the role. Also, He received the news of his casting when he was on the first day of shoot on Christopher Nolan’s Tenet.

To that, Pattinson revealed that the premature casting announcement left him all infuriated. In an interview with Variety, the star stated that everyone in his team got so upset and panicky with the news. He also thought that the leak had blown up the whole thing. However, the revelation was exciting for the fans of both Robert Pattinson and Batman.
The actor also talked about how he has expected more criticism but came through much less. Pattinson also stated that the doubters and haters didn’t faze him. According to him, “It’s much more fun when you’re an underdog. There’s no expectation of you.”

As per Pattinson, the last bit of the casting process was to get into t he Batsuit. And as he went for that, he felt some kind of power energizing him. It took five people trying to shove him in that. To that, Pattinson stated that once he was in the suit, it was all-powerful and re-energizing, even though he had to have someone squeezing his butt cheeks into the legs.

All New and Young Batman

The upcoming Batman, played by Pattinson will be a whole lot different than the previous ones, that of Christian Bale and Ben Affleck. The star is set to play a younger and also, already established vigilante. Moreover, he will have a much sharper narrative, focused more on his detective skills, rather than his brute strength. Robert Pattinson has officially taken over Ben Affleck’s grizzled interpretation of Batman for something new.

Pattinson also discussed Matt Reeves’ interesting and exciting direction in the upcoming movie. Even, when asked about the plot-line of the film, he exclaimed that it’s something from the comics which hasn’t really been explored yet. Previously, Matt also commented that the movie would be a noir Batman Tale showcasing Bruce Wayne in a more detective mode.

Mahershala Ali in The Batman

The audience might see the Academy Award winner Mahershala Ali in DCEU this time, along with Batman. According to some sources, news flashed that Mahershala Ali has been eyed to feature in the upcoming Batman movie. Also, Warner Bros. is apparently keen to get him on board.

As the casting process for the rest of the Gotham city is in the early process, there has not been any confirmation on his status yet. Although, the same sources hinted that Ali might end up as Jim Gordon. However, he is set to join the MCU in a few years. Ali will be playing the title role in a Blade reboot.

Just like Marvel, DC also announces its future years’ projects prior working on them. And as it slated, The Batman is scheduled to release on June 25, 2021.