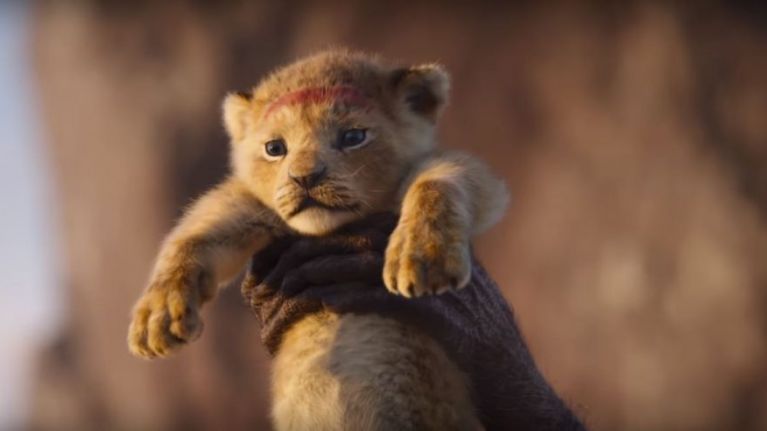 The Lion King 2019: Everything You Need To Know Before The Release

It’s been 25 years since the fans saw their mighty Lion King. The kids of that time have become mature ones; still, they miss the trio of Simba, Timon, and Pumba. Looking at the worldwide popularity of the movie, Walt Disney decided to remake The Lion King 2019 back in September 2016.
The Lion King 2019 will be the photorealistic computer animated remake of Disney’s 1994 animated The Lion King. The remake was confirmed after the success of Director Jon Favreau’s The Jungle Book. The movie is the latest one of the live-action remakes from Disney, adapted from its classic animated films like The Jungle Book, Beauty and the Beast and Dumbo.

Disney yesterday released the full trailer of the remake movie. Just after 24 hours, the trailer became the most viewed Disney trailer debut ever with 224.6 million global views.

The trailer is showing off an entirely new look at the live-action adventures of Simba and Nala. It relived the memorable visuals from the original Lion King, including the montage where Simba is growing up with Timon and Pumba, wildebeest stampede and adult Simba’s comeback to Pride Rock. The trailer also refreshed some of the scenes from the original movie, including Rafiki’s lion art.
The end of the trailer also featured Pumba and Timon singing the iconic The Lion King song, The Lion Sleeps Tonight.
Walt Disney also released a teaser for the remake movie back in November 2018. But it did not involve any characters voice in the te aser.

The Lion King 2019: New Voice Cast for the Remake

Only James Earl Jones revived his animated role Mufasa, the king of the Pride Lands and Simba’s father. Along with Jones, Donald Glover replaced Matthew Broderick as adult Simba. In November 2017, big news came for the remake, as Beyonce confirmed her joining to the movie as Nala. Chiwetel Ejiofor will play the evil Scar, Mufasa’s brother.
Seth Rogers and Billy Eichner will feature as Pumbaa and Timon, a slow-witted warthog and a wise meerkat. Alfre Woodard will play Sarabi, Mufasa’s wife and mother of Simba. John Kani joined the movie as Rafiki and John Oliver as Zuzu.

Music From The Original Movie is Coming Back

Not to disappoint the huge fan base, it was confirmed early that the remake movie would feature songs from the original animated movie. Hans Zimmer, who gave the music for the 1994s movie, came back to score the movie again. Even Elton John returned to rework on his musical compositions from the original film, assisted by Beyonce. The songs included in the remake are- Circle of Life, I just can’t wait to be King, Hakuna Matata, Can you feel the Love Tonight and Be prepared.
Along with the classic compositions from the original movie, the remake will also feature some new works. Elton, Beyonce, and Tim Rice created a new song for the end credits of the film.

The Lion King 2019: Will Also Feature Something Fresh

The remake movie will likely introduce some new scenarios as well. Disney producer also Sean Bailey talked about the remake of The Lion King. According to him, The Lion King is a revered and a beloved movie, and the audience also reveres and love parts that they want. He also added that there are things in the movie that are going to be new.

Walt Disney has scheduled the remake movie to premiere on July 19, 2019. The day marks as the 25th anniversary of the release of the original film. It will also be the first theatrical movies to be released on Disney+, Disney’s streaming platform, alongside Toy Story 4, Frozen 2 and Captain Marvel.