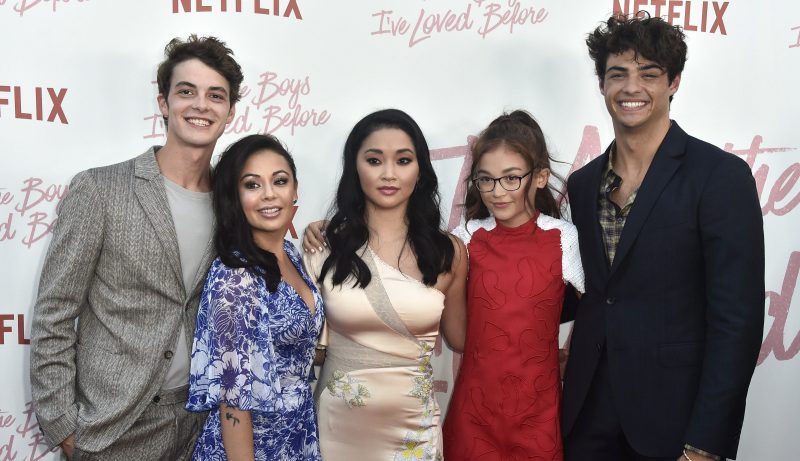 To All The Boys I Have Loved Before 2: Cast Update, Release Date, Another Sequel?

Netflix’s romantic comedies are always a delight to watch. Netflix judged the fans’ expectations well and announced To All The Boys I Have Loved Before 2 last year. The movie is based on the novel of the same name and has sequels to it. It has done justice to the teen rom-com rules. Also, the relatable characters and a thoroughly entertaining cast balances out the lack of surprises in the movie. But the film also received criticism for casting mostly white men and not anyone from Asian-American ethnicity.
The movie portrays the life of a shy high school junior Lara Jean Covey, who writes letters to her crushes but locks them away in her closet. One day, her friend Kitty posts all those letters. What follows then is a series of misunderstandings, jealousy feelings, embarrassment, and finally, the big confrontation from Lara Jean to Peter about her feelings. The two kissed before walking off together, but a mid-credits scene shows John Ambrose, one of the recipients of Lara Jean’s letter at her door with flowers in hand. The fans will know more about Lara’s fate in the sequel.

Is There A Third Part Also In The Making?

When a movie has more to it, it comes out anyway. Fans saw actors Lana Condor and Noah Centineo shooting alongside fellow cast members of the film in New York City. As the sequel P.S I Love You seems to have wrapped up shooting, it looks like a third installment could likely be underway. A week back, actor Noah also hinted by tweeting on a third part by saying it is official. The cast could also be out for filming promotional stuff for the second part. But a high possibility is that Netflix is preparing to adopt all three novels of Jenny Han’s To All the Boys trilogy.

One thing which is sure to happen in the second part of the movie is that one of Lara Jean’s old flames, John Ambrose, will crawl back into her life, eventually creating difficulties in her relationship with Peter. Also, Peter’s ex, Gen, will return for the sequel resulting in more misunderstandings and drama in the couple’s lives. The author of the novel, Jenny Han, has also said she is fond of love triangles. Therefore, the new entries might mix up things in an ugly way. But the sequel will be nothing short of a delight.

To All The Boys I Have Loved Before 2: Major Cast Update

Lana Condor and Noah Centineo will return for their roles as Lara Jean and Peter. John Corbett, Janel Parrish, and Anna Cathcart are also coming back to play Lara Jean’s dad and sisters, and Madeleine Arthur is returning as Lara Jean’s best friend, Christine. Jordan Burthcett played John Ambrose McClaren in the first film, but the producers came up with a different face for part two. Jordan Fisher would appear in the sequel as John Ambrose. He tweeted from his account about this switch while being on the set.

To All The Boys I Have Loved Before 2: Release

https://www.youtube.com/watch?v=XCUAcvvBoOQ
Although any official confirmation from Netflix is yet to come, we can expect the sequel’s release date around spring 2020. The production for the sequel began in March this year so release would not take more than a year from the beginning.