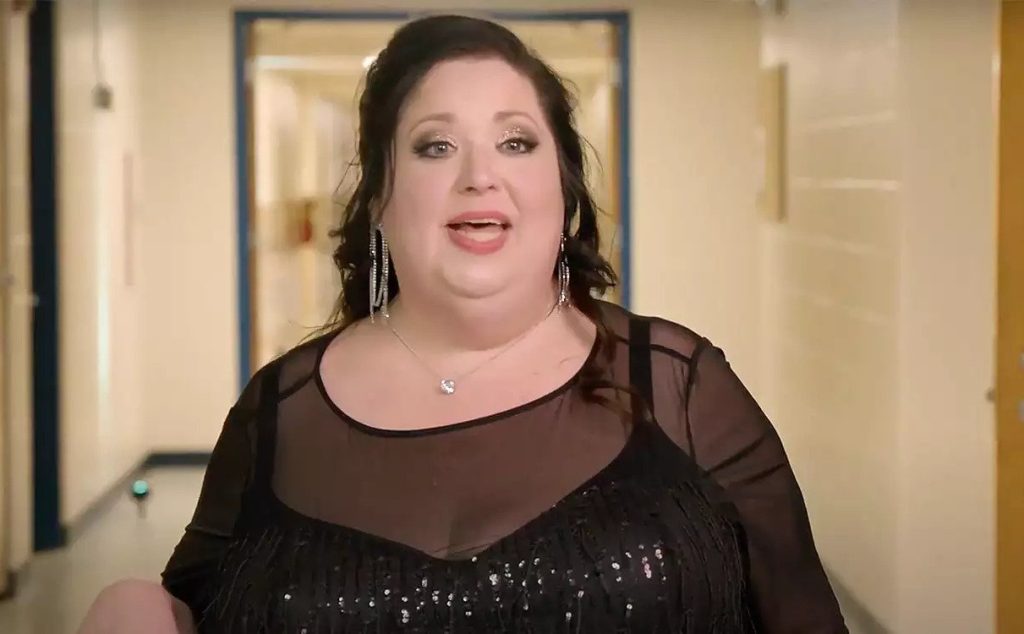 Meghan Crumpler was originally introduced to TLC viewers on the show Too Large. Her free-spirited character won the heart of her fans. As a result, the channel intended to offer her and her three best friends the chance to appear on their new show, 1000 Lb Best Friends. It mostly emphasizes their efforts to shed weight. Before she made her debut on the show, Crumpler had had weight loss surgery. However, in the show’s new season, Meghan is seen struggling with her weight loss and wedding dress. The situation for Meghan Crumpler is difficult. The TLC reality star has difficulty losing weight after surgery and is unsure about her plans for her forthcoming wedding. Let’s have a look at it.

1000 Lb Best Friends: Meghan Is Looking For A Wedding Dress

Meghan and her fiance, Jon, got engaged in February 2021. In the forthcoming season of 1000 Lb Best Friends, preparations for the couple’s wedding seem well underway. The most recent teaser for the episodes have Meghan going dress shopping with her girlfriends Tina Arnold, Vannessa Cross, and Ashley Sutton. In the video clip, Meghan is struggling with her wedding dress. She somehow clips the flowing, strapless dress and presents it to her friends. “I don’t know if this is me,” Meghan says as soon as she appears in front of them. She says it as if she cannot feel it. However, her friends can see that the future bride isn’t thrilled about her wedding.

Vannessa says she doesn’t appear to be as excited about the wedding plans as she had expected. Later, Tina questions Meghan about her connection with Jon, asking if she truly loves him or is only getting married to him to avoid being alone. Crumpler states that she feels as if her life is “in a million pieces.” Meghan’s irritability leads her to attack her friends and doctor, Dr. Charles Procter. She first fights with Vannessa as they attempt to finish a fitness challenge. However, later she broke down at her doctor’s visit. Crumpler sobs and exits his office when Dr. Procter confronts her

on whether she’s been doing the things she knows she needs to do to succeed. Even though Meghan is aware that something is wrong, she is unable to resolve it.

Meghan said in a video a few years ago that she and her father talked about weight issues as he was passing away in a hospice. While he was there, he watched various weight reduction programs and thought that if his daughter participated in one, she would be able to lose some weight and transform her life as well. Meghan said it was a do-or-die situation for her. She was tired of sitting on the sidelines. She felt that she was alive but not living. Meghan wanted to do something serious. And doing this way, she thought she can help others as well.

After her surgery, Meghan underwent a transformation and has surprisingly lost weight. She weighed around 500 pounds before having surgery in 2020, and she has since shed over 100 pounds. Even though she was successful, maintaining the weight proved to be difficult when a follow-up visit with Dr. Charles Proctor Jr. revealed she had gained weight. Despite telling her she weighed 301 pounds at her last checkup, Meghan really weighed 329.8 pounds. So, will Meghan be able to surprise her with her dynamic weight loss look? Or will she once again disappoint her doctor? Well, we can only wait to find out. Keep coming back to TV Season & Spoilers for all the latest 1000 Lb Best Friends updates.