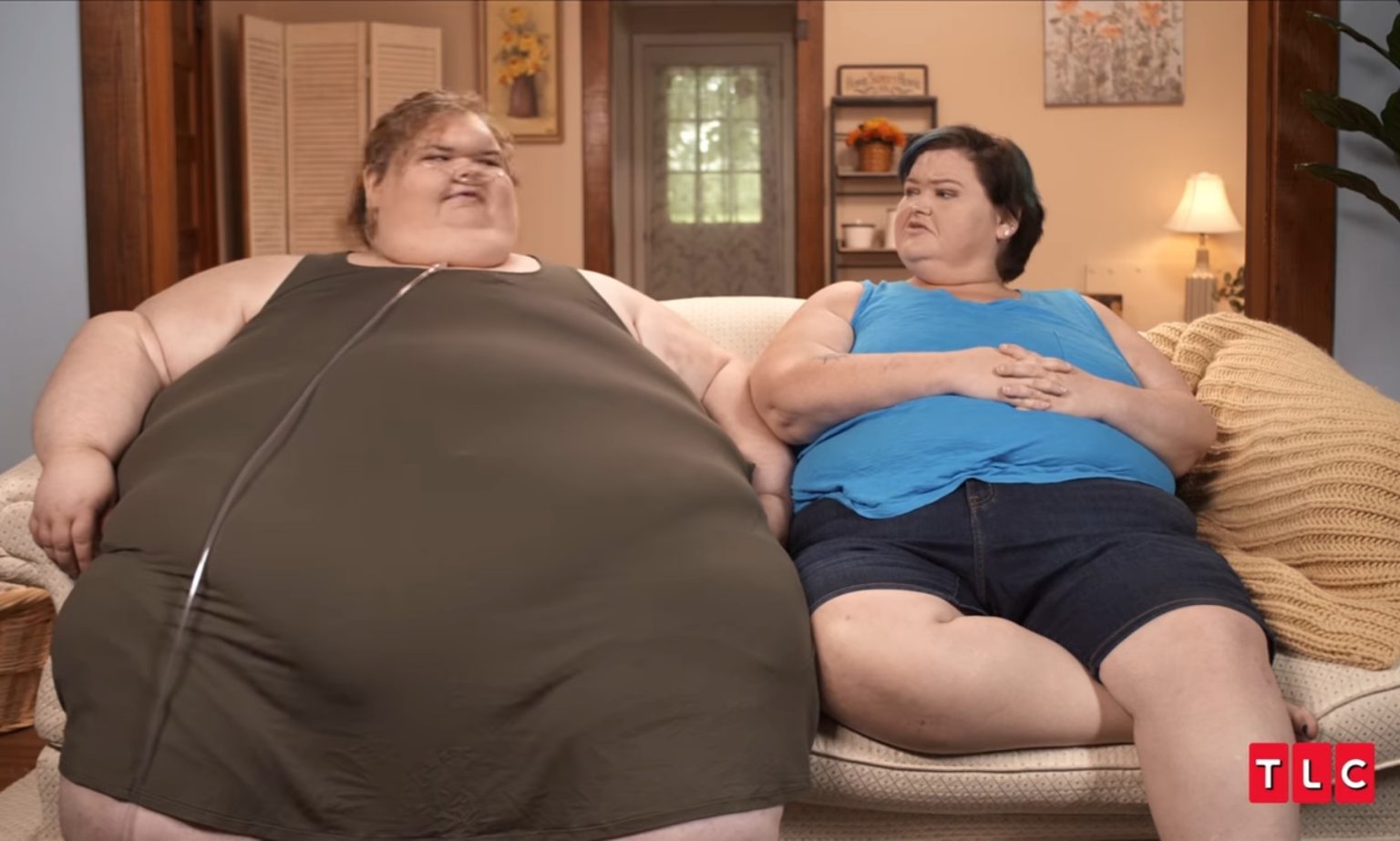 1000 Lb Sisters: Amy Brings Tammy To Her NEW HOME Due To Guilt?

YouTube sensation and 1000 Lb Sisters star Amy Slaton has started a beautiful family with Michael and her baby, Gage. The famous sibling has also worked hard in her weight loss journey. And now, it’s time for her to say goodbye to her sibling Tammy. That’s because the former is moving to a new home. Moreover, she feels she needs to grow more for her kids. In TLC’s new clip, Amy disclosed the news of moving out to her sister, Tammy. Well, what was Tammy’s reaction? Is she going to move in with Amy? Keep reading to find out.

1000 Lb Sisters: Amy To Get Guilt-Tripped For Not Offering Tammy A Room?

Fans know that the two sisters share a close relationship. Though there were mean fights, that doesn’t mean Tammy won’t miss Amy. In TLC’s promo clip, Amy tells her elder sister that she will move out soon. However, Tammy takes some time to process the news and later says, ‘okay.’ It is obvious that her sister’s revelation saddens the reality TV star. More so, she’s now going to be alone and is scared that how she will manage her life after Amy moves out. Amy stated in her confessional that she knows Tammy is going to be alone. And also, Tammy needs Amy to stick around.

However, she further said she was doing what was right for the family. And her son, Gage, comes before Tammy. So, eventually, fans speculate that the infamous sister might move with Amy. Moreover, Kentucky’s sister’s family may guilt trip Amy into having Tammy move into the new house. As she has been Tammy’s caretaker all her life, the TV star is also incapable of taking care of herself. So, there might be a possibility that Amy gets guilt-tripped. Also, Tammy’s reaction wasn’t cheerful when her sister revealed the news. So, maybe, she wants to move in with Amy? What are your thoughts?

Tammy Slaton’s condition hasn’t been well since last year. Unfortunately, she had carbon dioxide poisoning and went under a tracheoscopy. Since then, the 1000 Lb Sisters star hasn’t been home. Moreover, a trach tube is attached to her neck, which is supposedly difficult to live with. Eventually, the reality star is in a nursing care facility. However, the viewers believe that Tammy is rebelling against Amy by being in the nursing care facility. Also, the fans speculate that the younger sister might spare a room for Tammy. But the others hoped she should not.

Furthermore, the audience slammed Tammy for behaving indifferently when Amy broke the news. They said that Tammy was jealous

, that’s why she didn’t congratulate her. However, Tammy stated that she is ‘happy’ for her sister in her confessional. But, her tone wasn’t cheerful. Another commented that people shouldn’t judge Tammy so quickly. Maybe she’s scared and might be a little off track for not having her life together. We sure do hope Tammy finds her strength, and congratulations to Amy on having her own house. Till then, stay tuned to TV Season & Spoilers for more.