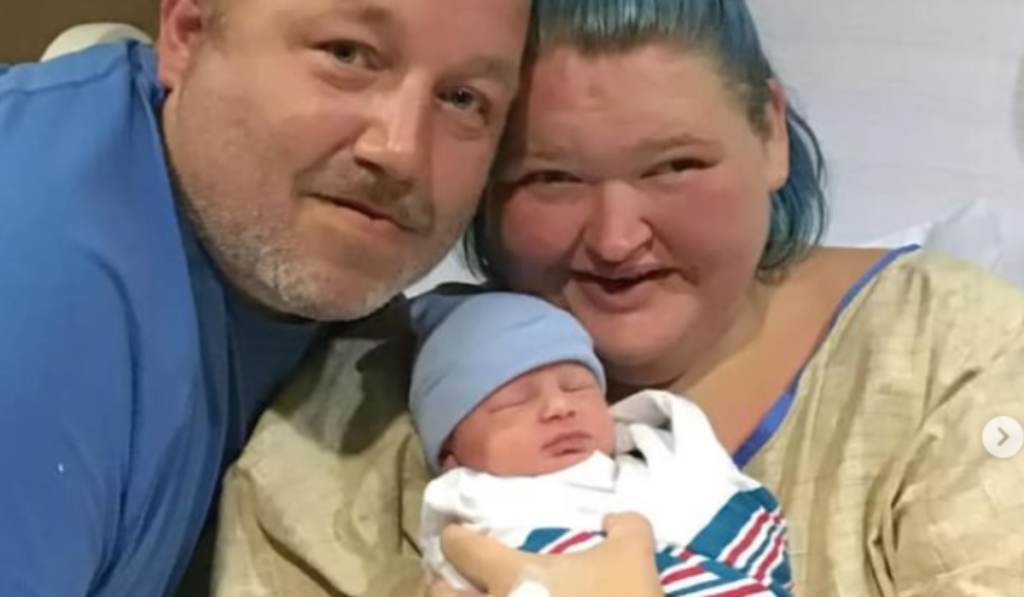 On July 5, 2022, Amy Slaton gave birth to her second baby. After much struggle and discussion, the mother welcomed her second son in full spirit. In addition, baby Glenn’s arrival has made the family super close and happier. The 1000 Lb Sisters celeb has been caring for Glenn like Gage. Apart from this, the younger sibling is joyfully celebrating her baby’s first milestone. What is it? Tune in with us to find out.

Amy Slaton has always longed to be a mother. When it finally happened, she dedicated her full time to it. When Gage was born, the mother remained conscious of her duties. Similarly, she puts the same effort and energy into taking care of her baby #2. Besides, the 1000 Lb Sisters celeb keeps posting her son’s picture. Fans have been adoring Amy Halterman’s post, and now the reality star revealed that her little one has reached a milestone. The mother of two took to Instagram to share that Glenn has completed one month as a newborn. She shared his pictures and wrote a cute note. The younger sibling stated that her little one completed one month in this world, and she’s blessed to have him.

Similarly, Amy Halterman thanked God for her “miracle” boys. Meanwhile, fans cheered at the news. They commented that Glenn looked super cute. Besides, some people wanted to know if Amy would try for a girl. Well, TVSS previously reported that the 1000 Lb Sisters celeb has mentioned that she got her tubes tied. Therefore, that means no more babies for Amy. Likewise, the viewers gave their blessings to Glenn Allen

and mentioned that the family looks complete with him. More so, Glenn looked beautiful in the picture that his mother posted. He was sound asleep, looking like an angel.

1000 Lb Sisters: Fans Slam Amy For Placing Her Son On A Dirty Couch

The mother of two, Amy, still gets the hate for her parenting style. The 1000 Lb Sisters celeb recently posted a picture of her baby, which the fans found disturbing. Previously, the audience called out Amy for keeping her kid’s bed sheets dirty. Hence, again the fans found something that they aren’t able to see. A few days back, the mother posted a picture where she put the baby in his crib. However, in the second snap, the TLC viewers saw Glenn on a dirty couch. The couch vaguely had stains and looked unhygienic. Therefore, many people slammed the mother again for a poor state of living. In addition, the viewers also noted that she shouldn’t put her baby in such a dirty place as he may catch an infection.

However, some other people came forward to defend Amy and noted that she and her husband were doing their best. Hence, the couple shouldn’t try to explain themselves to others. Another 1000 Lb Sisters fan noted that haters would look for things to defame them. Therefore, Amy and Michael should focus on their kids and not on the people’s opinions. Stay tuned to TV Season & Spoilers for the latest update on reality TV Shows.