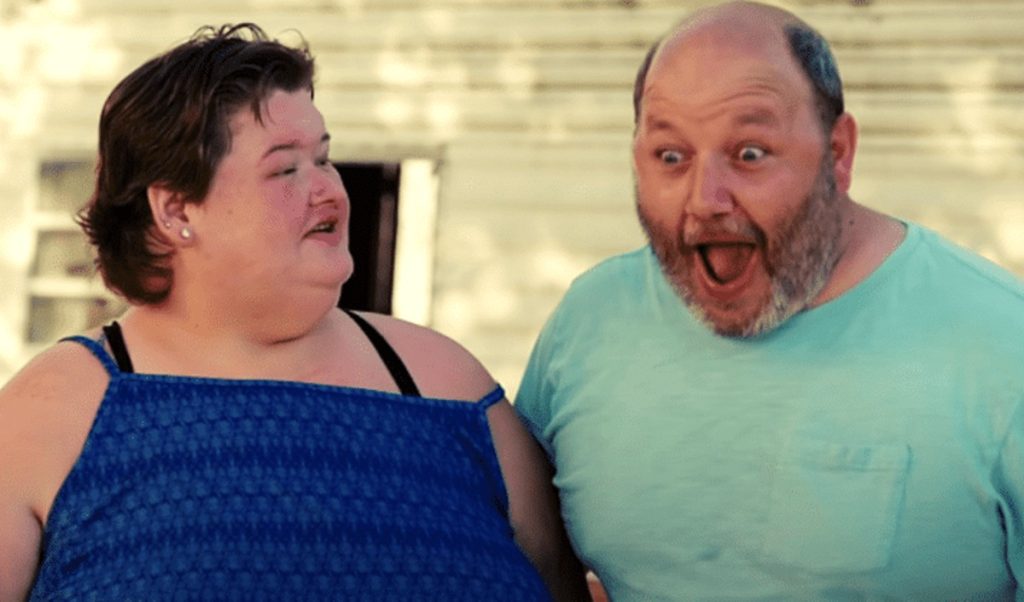 Amy Halterman and Tammy Slaton became the stars to rule over TLC in 2020. Together, they star in 1000 Lb Sisters, a show focussed on their weight loss journey. Apart from their struggles with obesity, the show also focuses on their everyday life. The viewers got very familiar with the lives of the Slaton siblings and know a lot about them by now. For instance, Amy Slaton got pregnant not once but twice after her weight loss and has two beautiful baby boys now. However, some recent updates on her Instagram suggest that she has welcomed yet another member into her family! Keep reading to know more details about this.

Amy Slaton first got famous through TLC’s unique show 1000 Lb Sisters. She has been very consistent in her weight loss journey and even got qualified for bariatric surgery. Since then, the star has also been focused on motherhood and being a good mom to her sons, Gage and Glen. She and her husband, Michael Halterman, welcomed the baby boys in 2020 and 2022, respectively. Since then, the show has been documenting their parenting journey. Amy and Michael also moved into a new house and a better neighborhood by the end of Season 3. Lately, the Halterman family wrapped up Christmas. To make the celebration special, Amy also did the popular “Elf On The Shelf” trend on social media. She ended up introducing Dobby the elf to Instagram.

As Christmas came to an end, Amy also revealed delightful news for her fans. Apparently, Dobby, the elf, ended up getting a wholesome present for Amy and her family. It turns out that the Halterman family has welcomed anot her member, and it is a sweet pomeranian chihuahua by the name of Daisy Mae. She is 2.5 years old, and the castmate included a lot of pictures of the furry being. Amy concluded the post by saying that she is hopeful that her boys will also love their new pet as they did Little Bit. The latter was their old dog, who lost her life due to lung cancer earlier this year

. A lot of fans also cheered her on in the comments section and congratulated them.

Amy Slaton has been a consistent star in 1000 Lb Sisters. Apart from her weight loss, viewers got to see lots of sides to her. As mentioned above, her pregnancy was a huge part of the show. Before that, she and Michael also tied the knot on it. Moreover, the castmate is also very fond of animals, especially dogs. She had an adorable four-legged friend, Little Bit. It was Amy’s best friend, and the both of them often featured in the show together with their fun adventures. However, the young mom had to be the bearer of some sad news this year. Any Halterman revealed that their dog is no more in this world.

As per further details on her Instagram, Amy revealed her dear dog had lung cancer. At first, the family thought it was just allergies and took her to the vet. That’s when they found out about the tragic news. So, all of them kept Little Bit on meds to make her comfortable for as long as they could. Then in April 2022, Amy Slaton Halterman announced that her furry friend is no more in this world. She put up a sweet photo of her pet while saying she was a part of this world from “2000 to 2022” and has made it to the other side now. The viewers also sent her condolences and paid their respect on the post. Keep checking TV Season & Spoilers for more updates about 1000 Lb Sisters.