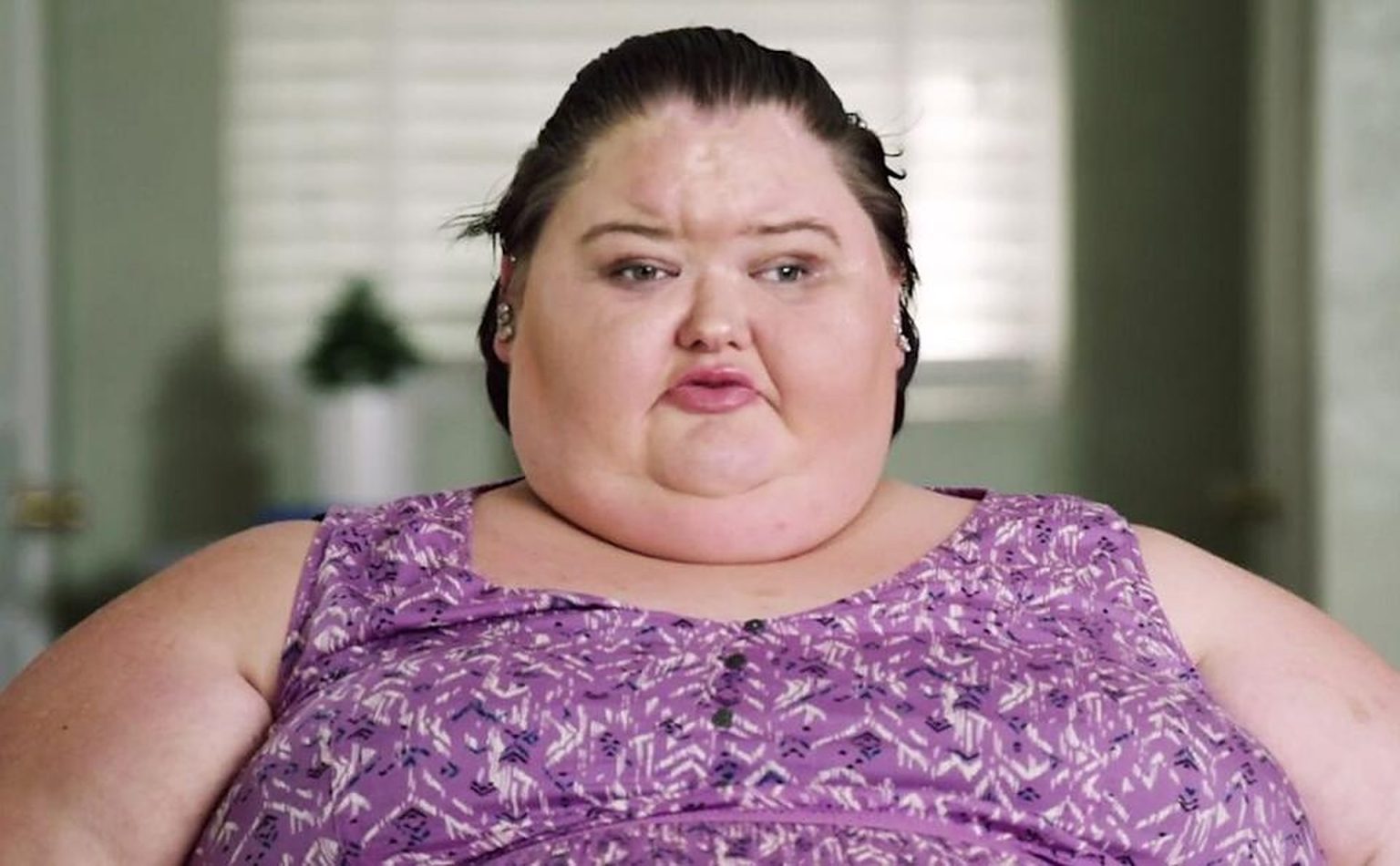 The 1000 lb Sisters star Amy Slaton finally had her dreamy gastric bypass surgery and changed her life forever. She welcomed two babies and is now a happy mother of her beautiful kids. Amy tied the nuptial knot with her high school sweetheart, Michael Halterman. The surgery changed her life for the better, and now she is a happy wife and mom. However, as everything started getting in her favor, the star got pretty lenient about her eating habits. Fans are worried that Amy has already gained all her weight back. Many think that her surgery was a sham, and now she looks like her sister Tammy. Keep reading to know the details.

The Slaton sisters Amy and Tammy’s weight has always created a lot of problems in their life. They weighed much more than a normal healthy person should. Moreover, their doctor suggested that their life would be in danger if their surgery were not done soon. It was a major concern for the fans. Amy Slaton got her surgery after following a strict diet and exercising regularly. However, Tammy is still waiting. After her surgery, Amy welcomed two kids. However, in her recent youtube videos, fans have noticed that she has gained weight.

People compared her to Tammy and said her surgery was a sham, as per ScreenRant. Tammy has also revealed on the last season of the show that after Amy got pregnant, she had no control over her diet. Moreover, the TLC star stated that Amy had taken advantage of her pregnancy by eating junk food. Fans have also noticed that she is not serious about her diet and is again gaining weight. Recently, the 1000 Lb Sisters viewers discussed the same on Reddit. In a long thread of messages shared on the platform, viewers slammed her for her unhealthy eating habits and showed concern about her health. They also noted that if she continued eating like that, Amy might have to have surgery again

The 1000 lb sisters star Tammy Slaton is on her journey to lose weight. During the show’s initial seasons, she was determined to lose weight. However, the star couldn’t control her eating habits and thus did not have her surgery. But now, she is passionate about getting gastric bypass surgery now. The American star often shares about her life and health on her account. She is quite active on social media. However, in the past few weeks, Tammy disappeared

This has given rise to rumors about her death. Fans were worried about her. They jumped onto Amy’s social media account and asked her to tell them about Tammy.  Nonetheless, after hearing so many comments, the star herself talked about the rumor and said Tam Tam was completely fine. Moreover, she also revealed that she was on a brief break from social media. Fans are now hoping the sisters will appear in the next season of their show. Stay tuned to the TV Season & Spoilers for more updates on 1000 Lb Sisters.