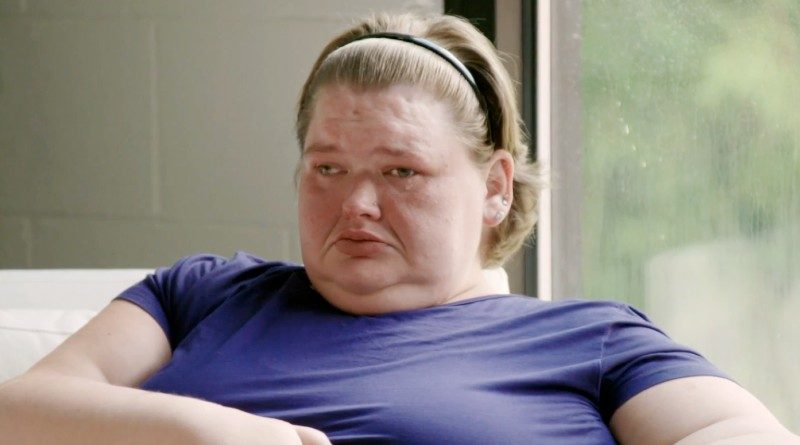 1000 Lb Sisters: Amy Slaton Has Only Two Years Before She Goes Fully-Blind, Has Toxoplasmosis

1000 LB Sisters celebrity Amy Slaton Halterman uploaded a video on her YouTube five years ago, and it’s doing rounds around the internet these days. The 33-year-old now has a major fan-following that is concerned about her health. Hence, people were shocked to know that Amy has a severe eye condition. Well, previously, she made the video as a reply to trolls. Will the TV star lose her eyesight in two years? Here’s everything we know about the topic.

The Slaton Sisters began their career by making videos for their YouTube account. When they became a little popular, TLC signed them up for a reality TV show. However, the sisters have been fighting trolls for years now. Back in 2015, Amy received many negative comments as people called her out for getting social security. People thought that she was getting these benefits for being fat. She was criticized for being lazy and using the taxpayers’ money and things like that.

Fed up with the negativity, Amy decided to reveal her eye condition. In a 2015 video, Slaton reveals that she does not get social security benefits for being overweight. In fact, she is on disability since she has toxoplasmosis. The disease mainly occurs by eating undercooked contaminated meat or after being exposed to infected cat feces. The infection can cause severe problems, especially for pregnant women and children born from them. The 1000 Lb Sisters star shares that her mother, while she was pregnant, had cleaned cat litter and didn’t know it had the parasite. As a result, Amy was born with poor eyesight.

In the old video, Amy talked about how her eye condition is getting worse. At that time, doctors had warned that she would completely lose her eyesight at the age of 35. Well, now that the TV star is already 33 years old, she barely has two more years. Her condition doesn’t seem to get better now. Slaton previously said that the only way to save her eyesight is by getting new eyes.

Now that the 2015 video is doing its rounds on the internet, more and more fans are getting to know about Amy’s eye condition. While most viewers know that there was something wrong with her eye, no one assumed she would become fully-blind in the coming years. Now that she has become a mom, her fans are also worried about baby Gage’s future

in case Slaton loses her eyesight. As of now, we can only hope that the fan-favorite 1000 Lb Sisters celebrity recovers from her condition. Also, we wish she continues to live a happy life with husband, Michael Halterman, and little guy Gage.