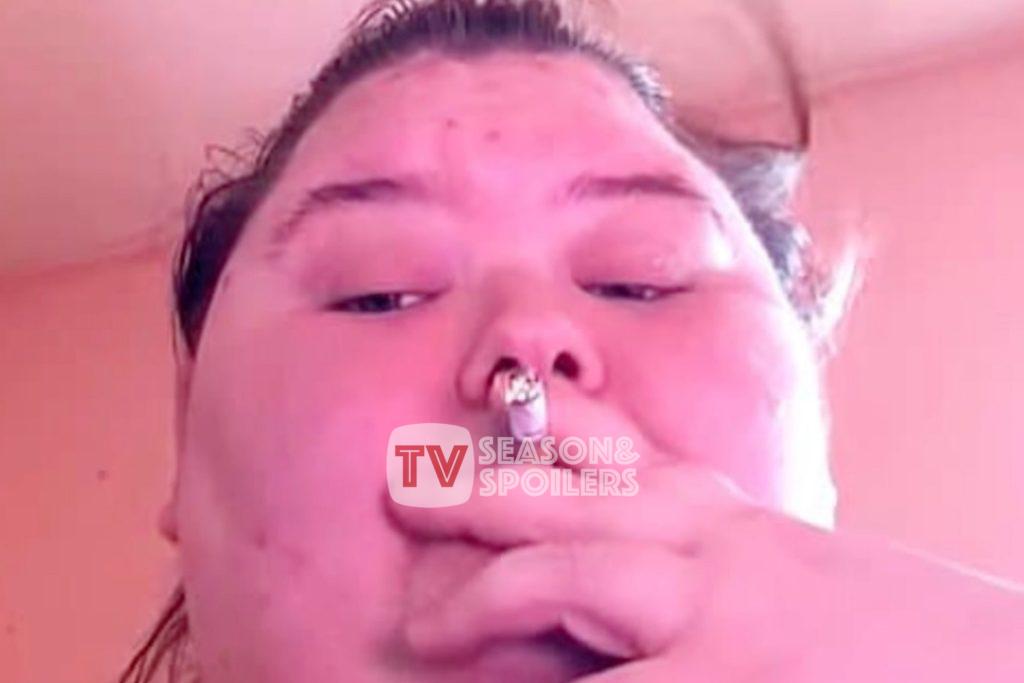 The Slaton family is well known for their unhealthy food habits. Hence, they have also received multiple backlashes for the same. Likewise, Amy Halterman Slaton has previously revealed that she switched to eating healthy. The 1000 Lb Sisters star said Gage had been her motivation in the process of weight loss. Hence, when Gage eats healthy, she eats healthy. However, Amy recently claimed that she’s struggling to quit smoking. Long time 1000 Lb Sisters know how addictive smoking has been for her. So, how does Amy is going to tackle it? Read along to find out.

The 34-year-old has struggled for a long time due to her weight. Furthermore, her eating habits weren’t also good. Yet, Amy Halterman Slaton put immense effort into achieving her goals. On the contrary, the reality TV star has health complications too. Hence, Amy needs to take good care of herself. Moreover, unhealthy habits while pregnant will be harmful to the baby. Well, long-time viewers know how the Slaton family has been avid unhealthy eaters.

Yet, it looks like there are still more habits that Amy needs to control. In her interview with TheSun, Amy confessed that she hasn’t managed to kick off her old unhealthy habits. The 34-year old said she’s still smoking amid the pregnancy. The reality TV star isn’t drinking alcohol, but she’s still smoking. According to her, she used to smoke a whole pack of cigarettes a day. That consists of like, 20 cigarettes. However, somehow she managed to cut down to 5 a day.

More so, the fans are aware of the family smoking. That includes Amy’s husband, Michael, too. However, Amy tried to switch to vaping, but she went back to smoking again. The 1000 Lb Sisters fans have reacted warily to the news to the news.

1000 Lb Sisters: Fans Are Not Happy With Amy

Amy is indeed trying to be health-conscious. However, reality TV star’s fans did not take the news well. The viewers took to Reddit following the news and said they were disappointed with the star. They want Amy to quit smoking while being pregnant for the sake of her children. In addition, some fans have lost faith in Amy. They feel the 17 weeks pregnant mother may not make the changes required. On the other hand, Amy’s health conditions are great either.

The reality TV star has several health problems like diabetes, high blood pressure, and asthma. Hence, fans feel she’s putting herself and her kid through a great risk by smoking. However, Amy previously revealed that she is eating right. The 1000 Lb Sisters star told that Gage had been super into green veggies. In addition, he eats broccoli, brussels sprouts, tuna fish. So, when Gage eats healthy, then Amy eats healthy.

Furthermore, she said she’s also trying to lose weight during the pregnancy. Moreover, her doctors have green-lit the decision as well. However, Amy needs to make sure that the baby needs to gain weight while she’s losing it. So, do you think Amy will cut down her smoking amid the pregnancy? Tell us your thoughts in the comments below. Till then, stay tuned to TV Season & Spoilers for more.