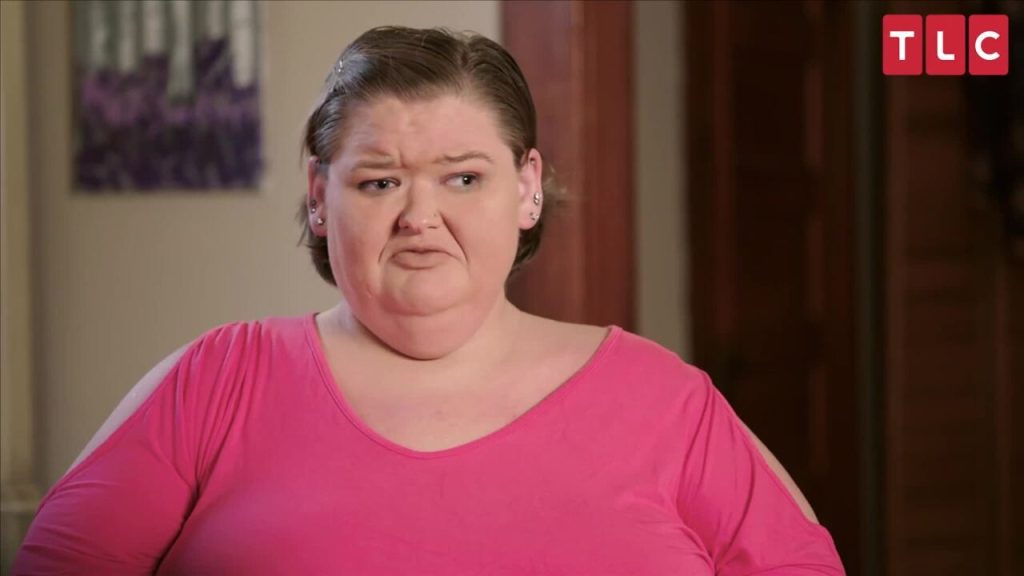 1000 Lb Sisters: Amy Slaton Reveals The Strange Way She Found Out She Was Pregnant!

The Slaton Sisters are returning on 1000 Lb Sisters for their new season this month after a year away from the cameras. TLC has already released its teaser, which created a huge amount of excitement among the fans. After the dramatic end of Season 3, fans are eagerly waiting to watch the Slaton sisters on screen. However, according to the teaser, Season 4 seems to be full of interesting drama. From Tammy getting into a relationship to getting married, the upcoming season has it all. Not only Tammy but her sister Amy also has a major announcement to make. As the show’s fans, we all know that Amy Slaton is expecting her second baby in the latest season. However, according to the latest video clip dropped by TLC, Amy made yet another announcement.

1000 Lb Sisters: Amy Slaton Found Out She Was Pregnant, After Being Constipated For Months

Amy Slaton has been featuring her weight loss journey alongside her sister Tammy Slaton in 1000 Lb Sisters for three seasons. However, Amy has shown phenomenal progress and lost a great amount of weight, on the other hand, Tammy is still struggling to reach her goal. Amy currently has two kids, but TLC has just featured one of them. However, the latest focuses on her growing family. In Season 4, Amy is seen announcing her second pregnancy. While, fans have to wait till mid-January to see that happen. But in the meantime, TLC keeps posting new videos giving a glimpse of what viewers should expect for the upcoming season. According to TLC’s recent video, Amy reveals about one unusual fact. She confessed that she got to know about her second pregnancy due to constipation.

The 1000 Lb Sisters star admits that she discovered her pregnancy after suffering from three weeks of constipation. The mother of two said that two years ago, Amy visited the ER due to extreme constipation, where she found out she was expecting Gage. However, in the video, she explained that it went from “Babe, I have not pooped from three weeks” to “I am pregnant”. After giving birth to her second child, Glenn, in July, Amy recently gave her followers a six-month update on her social media. Glenn’s arrival has been a joy for Amy and Michael, who are enjoying seeing their small family grow. Slaton is no stranger to boasting about her kids to the world. She has proudly shown her “smart” son on social media.

1000 Lb Sisters: Amy Suffered A Lot Of Pain During Her Second Pregnancy

As discussed above, the 1000 Lb Sisters cast members, Amy and Tammy, struggle with obesity and have a number of health difficulties. However, Amy made significant health improvements and lost 136 pounds before giving birth to Gage Halterman, her first child. Those who watch the show regularly would be aware of Amy Slaton’s dedication to her health and desire for a family. However, two years after having her first child, she became pregnant once again. However, the doctors cautioned her this time that she might have health effects and other pregnancy issues due to her obesity. Last year, Amy and Michel Halterman shared an ultrasound image and a positive pregnancy test to announce their pregnancy.

Despite the fact that Amy’s situation was not ideal, the pair was pleased. However, Amy was seen sobbing and expressing her pain in the teaser video. In the other picture, Amy was seen crying in pain while lying on the hospital bed. The 1000 Lb Sisters star alleged that the situation worsened. However, on July 5, she finally overcome her difficulties and gave birth to a healthy baby, Glenn Halterman. Amy shared the news with her followers. She posted a picture of herself holding her little one while her husband, Michael, stands beside her. Keep coming back to TV Season & Spoilers for all the latest 1000 Lb Sisters updates.