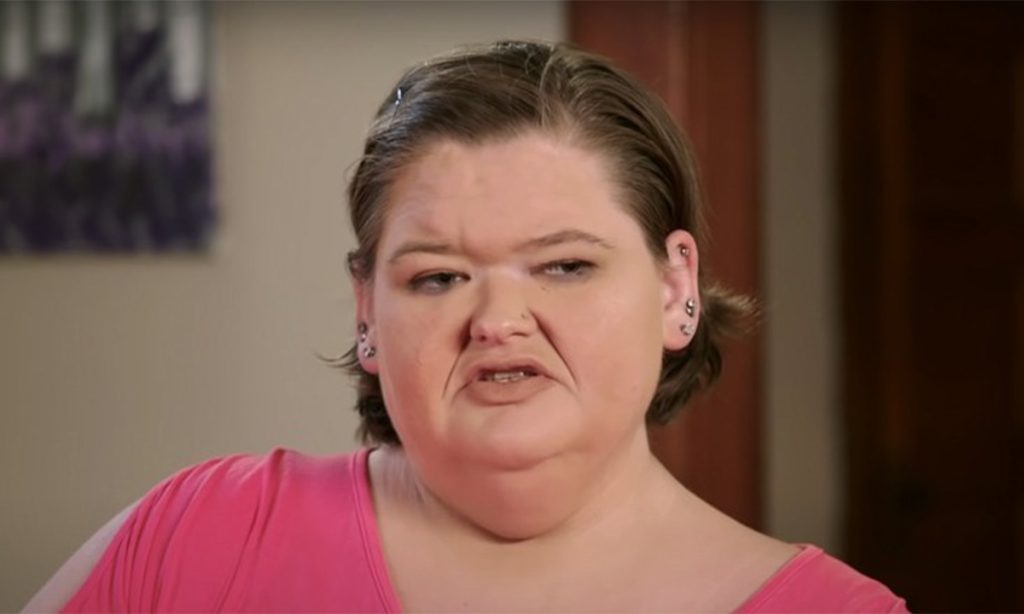 TLC documents the lives of two sisters Amy and Tammy Slaton, on the show 1000 Lb Sisters. They both have been struggling to keep up with their increasing weight. However, after several ups and downs now, they have started to work on their health seriously. However, the two sisters seem to be less consistent in their motivation toward their goal lately. The show was primarily focused on the health-related matters of the siblings. But now it looks as if TLC has prioritized drama over their health, especially with the elder sister Tammy. She has been stubborn and inconsiderate towards her health. Amy, on the other hand, had been focussing on expanding her family. In the new episodes, she goes to her Doctor and found something out. Continue reading to know what happened next in the Doctor’s office.

1000 Lb Sisters: Amy Slaton Wanted A Babygirl, Disappointed By The Gender Reveal Of The Baby!

Amy Slaton is married to Michael Halterman. The 1000 Lb Sisters star has already given birth to a baby boy with her husband named Gage. The little one was born in 2020, and Amy was quite happy to become a mother. That’s bec ause she underwent bariatric surgery right before finding out about her pregnancy. Roughly a year later, she was pregnant again, as seen in the video uploaded by the TLC. But this time, her health was not in a very good condition to deliver a baby. Her Doctor Cindy Basinski mentioned it. The physician even said that Amy’s weight was not of an ideal number

. So giving birth again could risk her life as well as the baby’s, which is why they talked of “monitoring” her very closely.

The Doctor asked the celebrity sister if she was ready for the ultrasound. Amy shook her head, indicating she was ready. Before the 1000 Lb Sisters star, Amy laid down on the patient’s bed. The Dr. asked her what she wanted this time. To which she replied, “a girl.” Amy always wanted a girl and a boy to complete her family. Since she already had a boy so, now all she wanted was a baby girl. Later in the clip, the Doctor revealed the gender of the baby, and Amy seemed to be disappointed with the news. The medical official stated its a boy, and there was an awkward silence in the room.

Amy Halterman even mentioned in one of her confessionals that she was so unhappy with a baby boy coming into the house. But she stated that at the end of the day, all that matters is the baby’s health.

TLC shared the latest clip on their social media handle featuring Amy Slaton from 1000 Lb Sisters. Apparently, she went to her Doctor for a health check-up and to get updates regarding her pregnancy. Dr. Cindy asked her what she was eating to kill her pregnancy cravings. While the star was answering, she was also munching crackers. In her defense, she said it was better than taking sugar or candies. Then, her Doctor suggested she eat more vegetables or fruits rather than these unhealthy snacks.

Amy Slaton has been hesitant to stick to a healthy diet since conceiving. She hasn’t had a proper workout routine for the past few seasons. Therefore, the castmate has gained a lot of weight throughout this time. So, Amy’s fans, as well as her Doctor, are all concerned about her neglected attitude toward her health. One of them predicted that she has been using her pregnancy as an excuse to eat unhealthy food. Amy was accused of following the same unhealthy pattern as she did when she was pregnant for the first time. Her fans stated so in the comment section of one of the posts. Keep an eye on TV Season & Spoilers for all the latest updates about 1000 Lb Sisters.