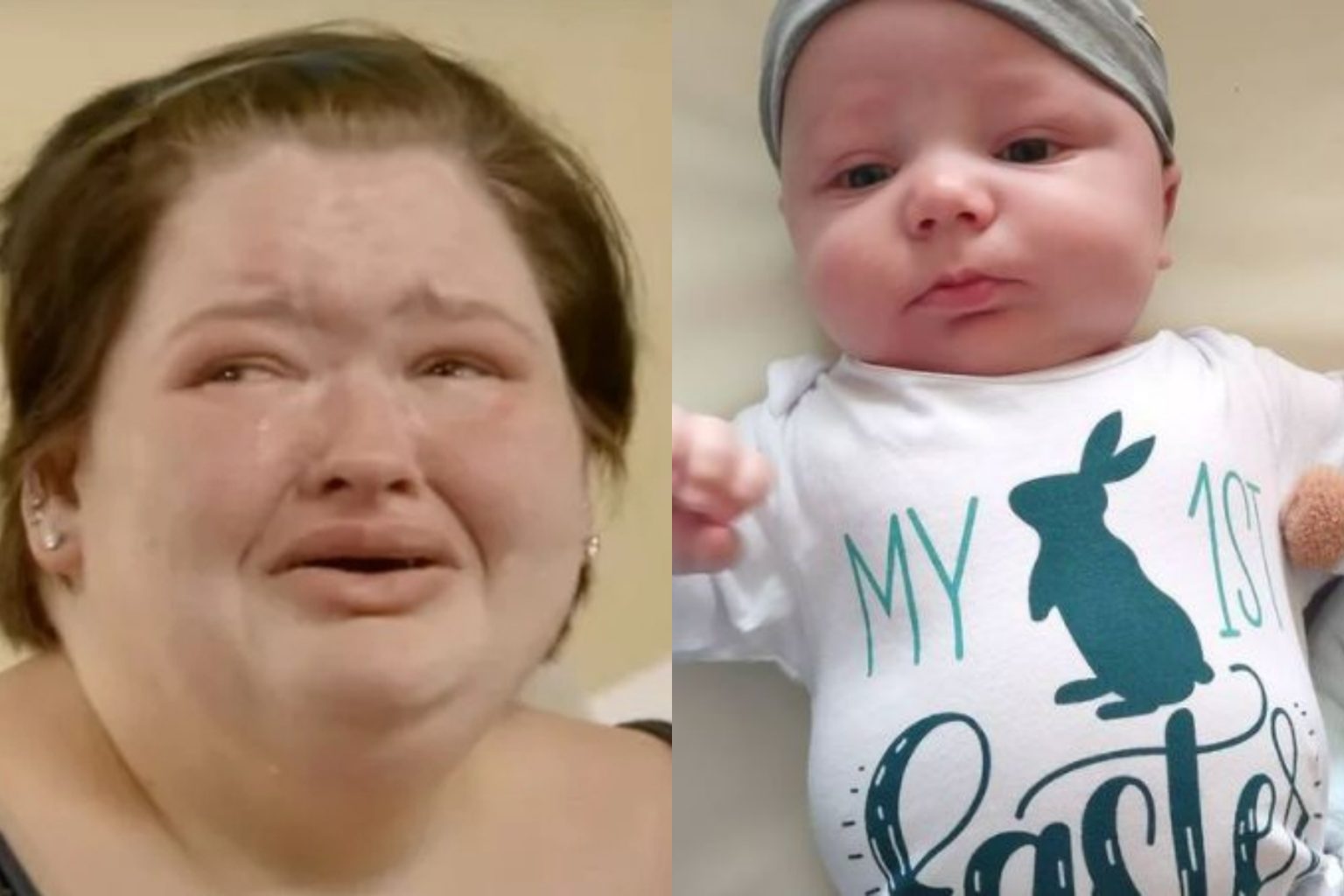 1000 Lb Sisters: Amy Slaton Worried About Baby Gage Being ‘FAT’ Like Her & Tammy!

Amy Slaton Halterman has shown tremendous progress in her weight loss journey. Ever since 1000 Lb Sisters began airing, she is the only sister who has made strict changes in her lifestyle and health. The TV star welcomed big changes in her life, like becoming a mother for the first time to a healthy baby boy, Gage. However, now the mother can’t help but worry for her son. She is scared that he will end up like her and her sister Tammy Slaton. Keep reading to know more.

TV network TLC released a clip from the recent 1000 Lb Sisters Season 3 episode. In it, Amy Halterman raised a few concerns about her son. At first, she stated that her baby Gage is very healthy and well-mannered. Despite this, she constantly worries for him. The mother admitted that sometimes it feels like her little one is a “bottomless pit”. Thus, his food habits remind her of Tammy.

Later on, she got vulnerable in front of the cameras while admitting she wanted a healthy and normal-sized child. The reality show star shared that she and her elder sister Tammy had to struggle with their weight a lot while growing up. Therefore, she doesn’t want her baby to go through the same circumstances.

Later on, the Slaton sibling also expressed concerns about bullying in school. TV Season & Spoilers points out that she is worried that if her son is a bit hefty in the future, he will be picked up on easily by his peers. After all, her son means “the world” to her. Hence, she “wants the best” for him. Amy’s husband, Michael, was sitting right next to her and kept assuring her that nothing wrong would happen to their child.

One of the reasons why Amy is comparatively healthier than before is her weight loss surgery. She put her mind to strictly shedding the required weight to get approval for the bariatric surgery. Earlier the TLC celebrity was 600 lbs, and now she is at 250 lbs. However, her ultimate weight goal is 150 lbs. Hence, she is trying her best to shed more pounds. Eventually, Amy revealed that excess skin on her body

“wears her out” when she is doing physical activities. As a result, she has considered going for “plastic surgery” to look more in shape.

The younger sister revealed to her husband that she has started to look up “plastic surgeons” to help her. Moreover, she wants to get rid of excess fat on her neck, arms, and breasts. Do you think Amy should undergo another surgery or lose weight the old school way? Tell us in the comment below! Meanwhile, stay tuned to TV Season & Spoilers for more 1000 Lb Sisters updates.