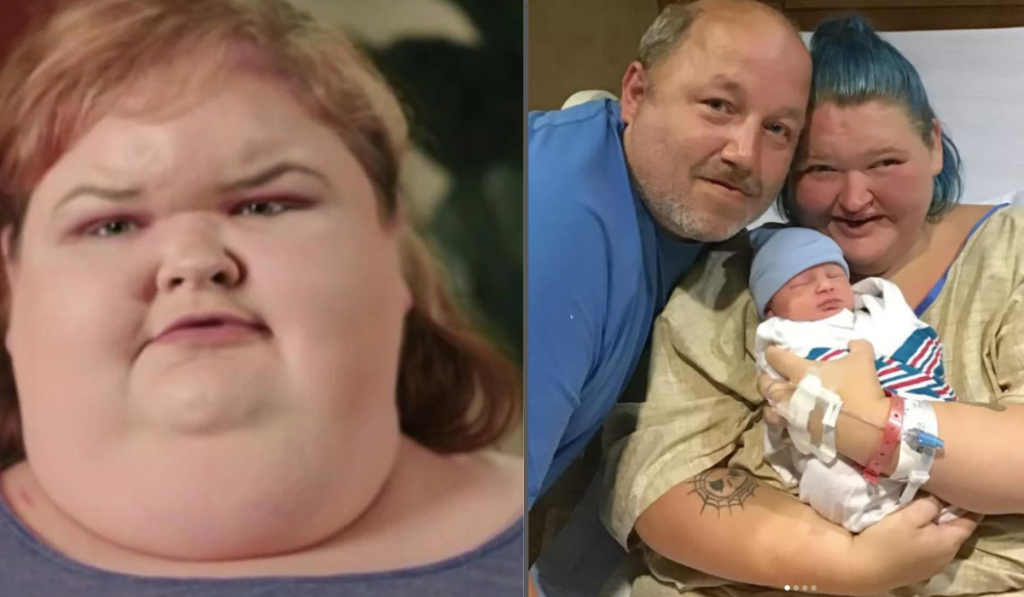 1000 Lb Sisters: Amy Slaton’s Second Son Is A Copy Of His Aunt Tammy!

Amy Slaton is blessed with two miracle boys, and she can’t get enough of them. Though the pregnancy was a scare for the reality star, she went out of the to have the baby. Doctors advised the younger sibling not to get pregnant and wait a few years after the bariatric surgery. Now, as Glenn Allen completes his two and a half months of being born, fans believe he resembles his aunty Tammy. Tune in with us to know how Glenn resembles the 1000 Lb Sisters celeb.

The younger siblings have always wanted to enjoy motherhood. Hence, she never fears her health. The viewers were also afraid about Amy’s health. She had her kids one after the other without any proper gap. The doctors had already told her about the risks she could face. But, both pregnancies of Amy went well. And on July 5, 2022, she welcomed her second son. It was a pure, joyous moment for the TLC personality. Fans also noted if aunt Tammy made it to the hospital to see little Glenn Allen’s birth. When Gage was born, Tammy could not visit her sister in the hospital. This is because he had caught Covid-19 at the time.

Meanwhile, this time also, the aunt couldn’t be there for her second nephew. She was at rehab getting her treatment. However, Tam Tam did meet the little angel through video calls. Now, as the little one grows, he’s forming defined facial features. The 1000 Lb Sisters celeb recently posted rare pictures of her second child, and many believe Glenn looks like Tammy. Fans also commented that Glenn’s eyes resemble that of Tammy. Many think that Allen is the replica of his aunty Tammy. However, some also say that the second son resembles his father, Michael.

Amy Halterman is very excited to share her journey as a mother with her followers. Hence, she’s back after a little break and posting pictures of her kids. Gage seems to be growing up quickly. He has also become protective of his baby brother. So, recently, the 1000 Lb Sisters star momma shared a collage of pictures of her babies and her as a baby. Amy asked her followers to guess who’s who. Looking at the picture, there are three babies, and they look identical. Fans excitedly noted who’s Amy and who’s her kids.

Moreover, many people also noted that Glenn looks like his mother and Gage like his father. Some viewers also said that Gage and Glenn look like their fathers. Hence, it’s an endless debate about which child looks like whom. So, what do you think? Does Glenn look like his aunt Tammy or his mommy? Tell us in the comments below. And stay tuned to TV Season & Spoilers for the latest updates on 1000 Lb Sisters.