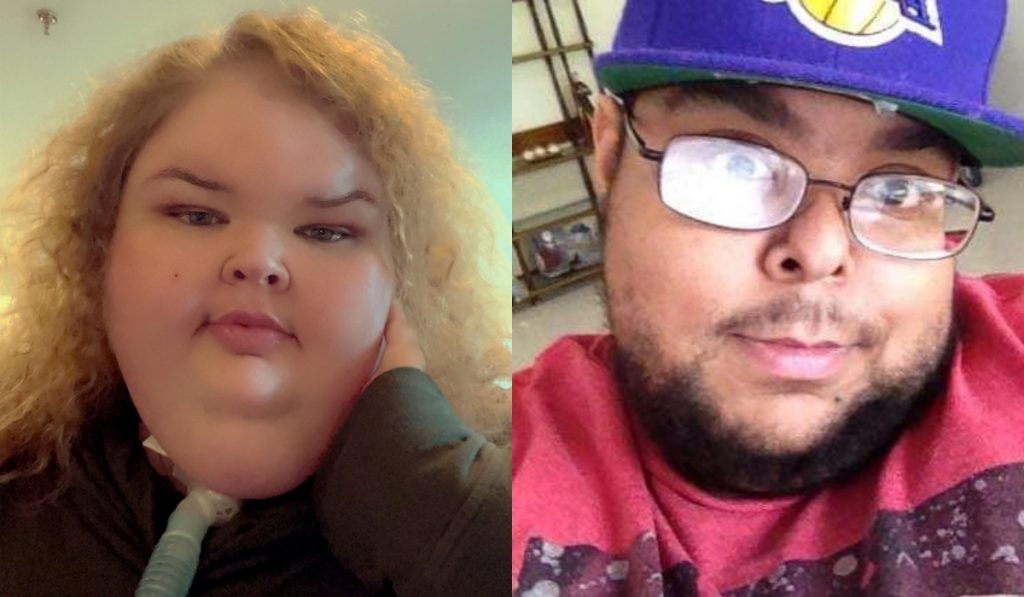 1000 Lb Sisters: Details About Tammy’s Married Life Revealed, Is She Still Happy With Her New Husband?

Tammy Slaton has been very popular since her 1000 Lb Sisters debut. She and her sister Amy Slaton have gone through many whirlwinds of emotions and obstacles during their journey. However, they still stand strong, continuing to live their life happily. Lately, Tammy Slaton took a big step in her life. She is a married woman now by tying the knot with her boyfriend, Caleb Willingham. Since the celebrity has had a past of dating men with many red flags, viewers have been curious about her husband. So, how does the audience feel about him? Keep reading to know more details about this.

1000 Lb Sisters: Fans Praise Tammy For Finding Love In Caleb! She Shows Him Off In A New Video

Tammy Slaton started off quite rough during 1000 Lb Sisters. While her younger sister, Amy, continued to make tremendous progress, things were quite the opposite for her. In fact, the former ended up gaining 50 pounds in the last three seasons and relapsed. However, things took a bright turn in the last year. That’s because Tammy decided to go to rehab and actually commit to her weight loss. Additionally, she also found love in the facilitation center. The TLC star began dating Caleb Willingham, who is also a patient over there. Things took a serious turn between the two, and they got engaged in October. Later on, they also said “I do” to one another in the same rehab as they hosted their wedding.

Lately, Tammy put up a video of her husband from the rehab center. He was casually sitting and scrolling through his phone. She zoomed her camera on him as he smiled gently. The 1000 Lb Sisters fans were happy to see the Slaton sister showing off her husband. She earlier had a history of dating men who were bad for her and made her go through a lot. Hence, she comparatively looked very happy alongside her hubby. Tammy and Caleb are still in the rehab center and wish to check out when they have reached their weight loss goal. Despite the marriage, fans still don’t know much about them. Apart from this, they are also waiting to see their love story in the upcoming season. As per the reports, Season 4 is all set to premiere on January 17.

1000 Lb Sisters: Caleb Will Move To Kentucky With Tammy!

Tammy Slaton has been in a specialized rehab center for over a year now. While her home is in Kentucky, she is in Ohio for her recovery. However, her husband, Caleb, is also a resident of the latter state. But he is willing to turn his life around and make major chances for Tammy. It turns out that both of them are still under treatment. Apparently, they will only check out from the rehab after reaching their weight loss goal. Later, they have plans to move into Tammy’s apartment in Kentucky. Fans must remember that Amy ended up moving in the last 1000 Lb Sisters episode. Hence, the house both sisters owned is no more in their possession.

Tammy was initially living in the old house until it was time for her to move into the rehabilitation center in Ohio. Hence, she got herself an apartment in Kentucky after it. So, sources revealed that the star and her partner are thrilled to be turning over a new leaf. However, there is still time until that happens, the new couple is still in Ohio, progressing to rapidly reach their ideal weight loss goal. All their adventures will become part of the upcoming 1000 Lb Sisters season which will hit the TV screens soon. Until then, keep checking out more latest updates only on TV Season & Spoilers.