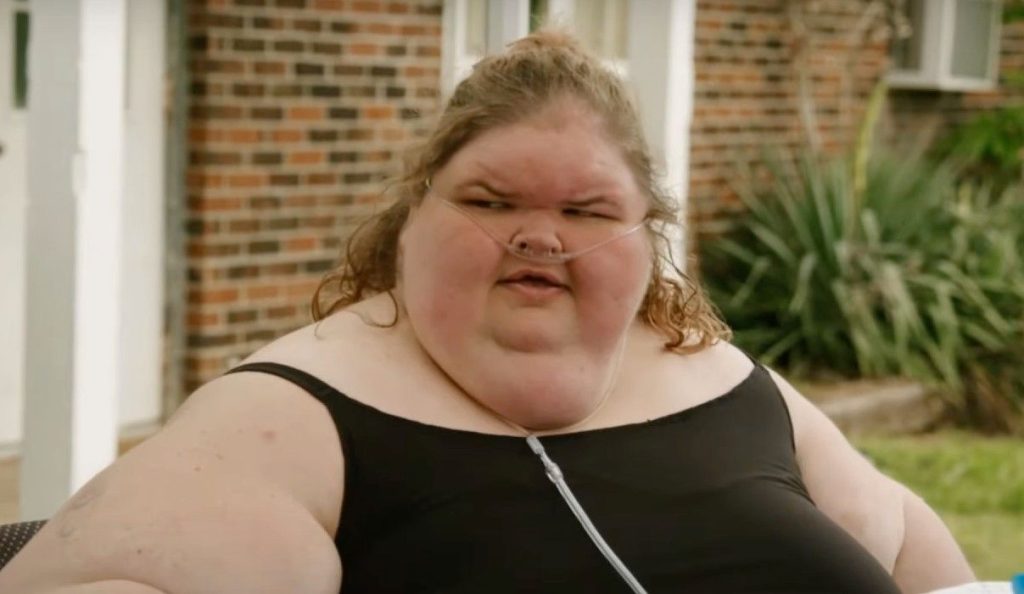 1000 Lb Sisters: Fans Think Tammy Slaton Is Back Home From Rehab, Is She Living In Amy’s New Home?

Tammy Slaton has always been in the news for her notorious behavior. The 1000 Lb Sisters celeb didn’t pay attention to her health. And sadly, she had to go the rehab to get help for her food addiction. Hence, since then, she hasn’t made any announcement about her health. But a recent Tik-Tok video shows a different result. So, tune in to see.

1000 Lb Sisters: Tammy Slaton Happy And Back To Home Sweet Home From Rehab?

Fans have always slammed the infamous sibling for not taking care of her health and food habits. The 1000 Lbs Sisters celeb also made it a habit of regular drinking and vaping. Hence, all these led to a serious situation, and Tammy was on the verge of losing her life. Likewise, fans lost the hope that she’ll ever be able to recover. However, in a Tik-Tok video, she seems to appear slightly slimmer and recovered than before.

In the video, Tam Tam was endorsing a product, where she talked about candles, crystals, and wax. However, a thing that got the viewer’s attention was Tammy’s background. Fans noted the background setting doesn’t resemble a rehab. More so, it gave a more homely look. It had sceneries and golden lights as in a home. Therefore, fans are speculating that Tammy is back home.

The fans connect the dots and assume that Tam Tam is back home sweet home. The TLC viewers also note that Tammy looks much slimmer in the video and a little healthier. Moreover, she seems to be glowing more than before. Meanwhile, as her house is sold off, the 1000 Lb Sisters fans feel she’s living with Amy Halterman Slaton.

Before Tammy went to rehab, she used to live with her sister Amy. Hence, the younger sister has always been her primary caregiver. Therefore, when Amy moved out, her older sister was upset and confused. After that, the 36-year-old went to rehab to treat herself. And now the fans feel she’s back home. Meanwhile, she has no home of hers anymore, as she couldn’t pay rent due to high rehab fees. So, fans feel she’s living with Amy.

Likewise, fans speculated the same before. According to them, Tam Tam has always relied on her sister, and so, even after the rehab, she wants to live with her. Moreover, the reality TV celebrity doesn’t have much money to get herself a new house. Hence, fans feel that Tammy is living in Amy’s new home

. However, the celebs haven’t confirmed any of the information. It’s mere speculation by the fans. Stay tuned to TV Seasons & Spoilers.