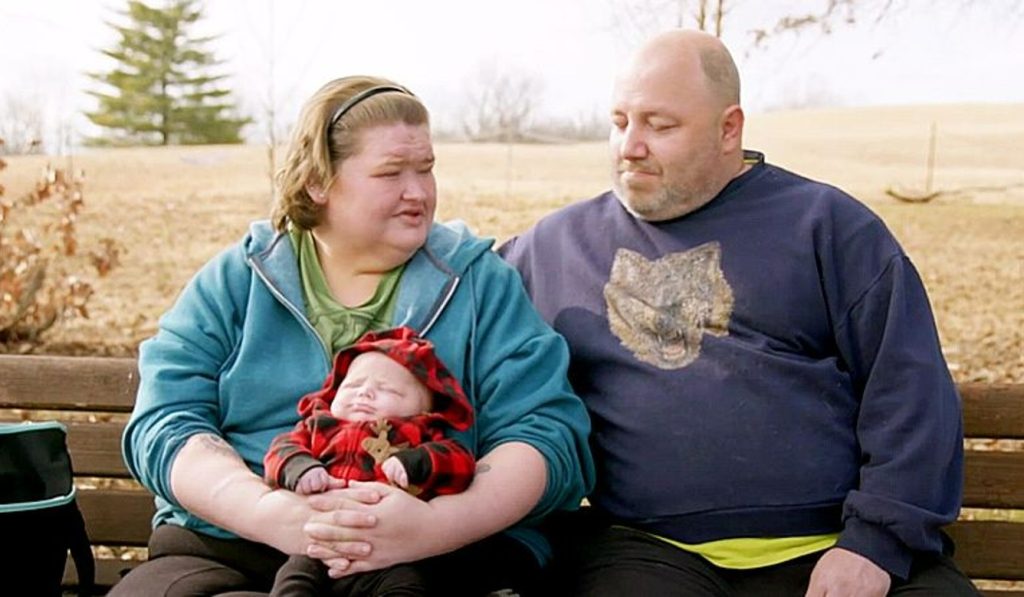 Amy Slaton is the only protagonist of 1000 Lb Sisters who keeps receiving scrutiny but also praise time-to-time. The reality TV star faces issues with keeping her house clean, but fans have not stopped calling her out for the behavior. Hygiene becomes a highlighted issue because she has two young kids, Glenn and Gage Halterman. Additionally, an unclean environment invites diseases and a bad omen. One would feel good to be in a clean and organized place compared to an area with piled clothes and dirt-filled mattresses with dead mice. Makes you feel disgusted, right? Well, this is the reality of the mother-of-two Amy Halterman’s house.

Fans have pointed out Amy Slaton’s dirty environment several times. However, she claimed to have the responsibilities of a child and her elder sister Tammy Slaton. Now that Tammy is in rehab, one of the responsibilities is off her plate, though she has two kids. Irrespective of the situation, fans feel it is unacceptable to live in such a gross environment, not just for children but for any human’s well-being. During one episode of 1000 Lb Sisters, Amy called for a professional cleaning crew to help.

However, things went off-board when the crew found dead mice and bugs in their house. The mother of two was in a state of embarrassment while the 1000 Lb Sisters audience was aghast. Thankfully, she understood the alarming issue and vowed to make changes after shifting to her new place. However, things have not improved, even after a long time. Fans work as guards to remind and slam her when Amy crosses the hygiene boundaries and posts dirt-filled pictures on her Instagram.

Recently, Amy Slaton posted a picture of her surprise Christmas present to the kids. It was a Chihuahua dog whom she had named Daisy Mae. The reality-tv star posted pictures where the Elf accompanied the doggo in their brand-new expensive house. However, in one of the images, followers noticed the black-dirty walls and the unclean and messy wooden floor. They immediately took to the comment section and urged Amy to clean her house, no matter how many things filled up her plate. The intention of the viewers was more out of concern than mere criticism.

Amy always shares her life’s big parts and moments with her followers on Instagram. Although fans are disappointed to see her not change her cleaning habits, a few also came out in her support. One of the followers commented, saying that every aspect of her life, good or bad, is picked apart. Additionally, she vouched to help Amy if they had lived closer by. In one of the posts she shared of Gage, the little guy could be seen cuddled up in someone’s arms.

However, viewers quickly noticed the blackened pillow and bedsheet and called Amy out for not keeping it clean. Further, a few followers also took her side and stated that it is not easy being a mother and one can’t expect mothers to be clean all the time. With every comment that went down, the cleanliness accountability was dropped on Amy’s shoulder. People following the show would know that Amy and Michael run the house. Hence, both of them, as ‘parents,’ need to be on their feet to provide a healthy environment. For more exciting news updates, stay tuned to TV Season & Spoilers.