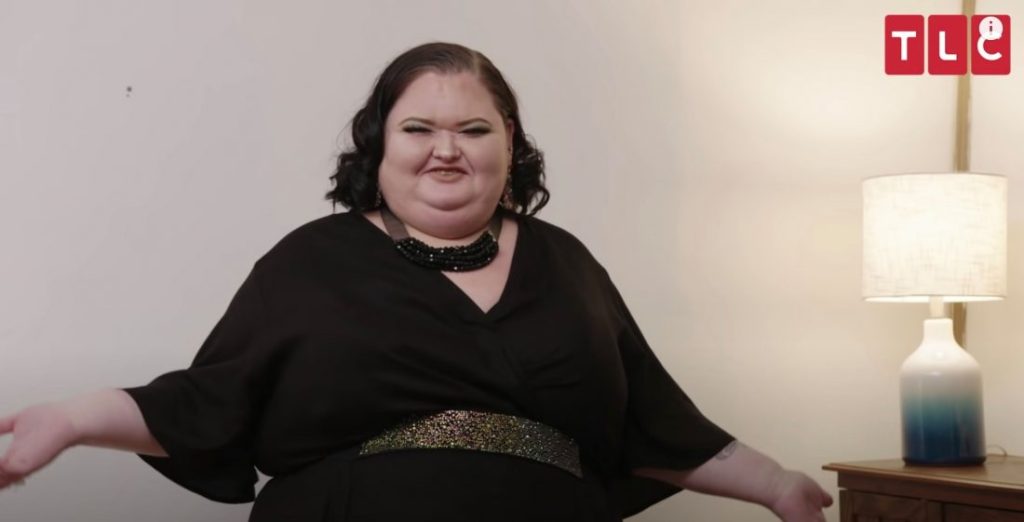 1000-lb Sisters: How Much Amy Really Earn From TLC Show? What Is Amy Slaton’s Net Worth?

It hasn’t even been two years since the 1000 Lb Sisters appeared on TV, and they’ve already become super famous. Tammy and Amy Slaton are now like any other TLC star and have a massive fanbase. Well, their journeys have been quite inspiring, especially that of the younger sister, Amy. As of today, she has achieved almost everything she ever desired in life. And it all starts and ends with her adorable little one, Gage Halterman. Ever since she became a mom, Amy has found new meaning in life and is still working hard to improve her health. In fact, she continues to lose more and more weight even after her weight loss surgery in the previous seasons.

Well, the third season of their popular show has been confirmed. Hence, a lot of fans were curious to know more about how Amy earns her living alongside her net worth. Therefore, here are all the details that you might want to know about the fan-favorite celebrity.

1000 Lb Sisters: What Does Amy Slaton Do For A Living?

For those who don’t know, it wasn’t the TLC show where the Slatons sisters rose to fame. They were popular even before that because of their YouTube channel. In fact, one of their videos went viral and caught a lot of attention. This was when the TV network recognized their potential and gave them a platform to share their story. Hence, Tammy and Amy started their weight loss journey on television with Season 1 of 1000 Lb Sisters. Well, once their debut turned out to be a hit, TLC was quick to renew it for a second run. To their surprise, the second one ran even better, and since then, the sisters have a massive fan-following.

Hence, they are currently filming for a third one, which will soon hit the screens. As of now, the TLC show seems to be their main source of earning. Well, reports say that the network pays the sisters around $1000 per episode

. On the other hand, the YouTube channel that Amy Slaton Halterman runs has around 450K subscribers. In fact, in all the years it has been running, the channel has gathered a total of 47 million views. Thereby, it’s likely that the YouTube channel would have contributed at least $150,000 from advertisement and paid promotions in her net worth.

Aside from the major sources, the popular reality TV personality might also be getting some bucks from their social media profiles. Well, both Amy and Tammy have major followings on social media. The 33-year-old mom is also doing good business through Cameo these days. Overall, Amy Slaton Halterman has several sources to earn her living.

Amy is now living a successful life. She has a beautiful happy little family with her husband Michael Halterman and baby boy Gage. Moreover, she’s also earning pretty well and supporting herself and her family. In fact, after all the hard work, she has recently bought a house of her own. The family will soon be moving into their new home. Amid all these changes, fans were curious to know how much the net worth of this young celebrity is. Well, as per reports, Amy Slaton’s net worth lies somewhere around $385,000. However, it will soon increase when she’s done with 1000 Lb Sisters Season 3. We will update this section accordingly. Until then, stay tuned to TV Season Spoilers for more updates.