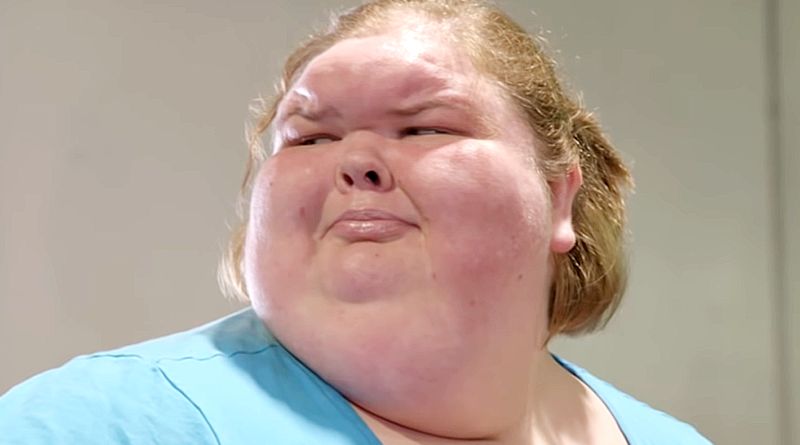 1000 Lb Sisters: Is Tammy Not Going Home For Christmas? Admitted To Nursing Home!

Tammy Slaton from 1000 Lb Sisters has had a very tough year. She suffered from multiple health scares like more weight gain, surviving COVID-19, and so on. Her latest health update revealed that she even went through carbon dioxide poisoning. Due to this, she was even admitted to a hospital. Unfortunately, she has been there since Thanksgiving. Now the viewers of her show are saying she will most likely stay there for Christmas too? Keep reading to know more about this!

1000 Lb Sisters: Tammy Not At Home For Christmas! Where Is She?

Tammy Slaton’s series of health scares began in November 2021. Just around the time of Thanksgiving, she took to Tik-Tok to give her fans an awful update. Unluckily, too much carbon dioxide in her body led to poisoning. As a result, the TV star had to get hospitalized to get better. For her to breathe better, her doctors performed a tracheoscopy on her. In the update, the Slaton sister was constantly coughing, and her voice also sounded different. TV Season & Spoilers reports that later on, she provided another update when she talked about taking her weight loss journey seriously. She wanted to shed weight properly and spoke of going to a facility right after leaving the hospital.

Due to this update, a lot of viewers believe the star hasn’t been home since Thanksgiving. Therefore, they bombarded her social media with multiple comments asking where she was. Tammy then addressed this matter. Although she didn’t give a clear reply, the TV personality admitted that she was in a “hospital-like place”. Therefore, heavy speculation began again. Many fans claimed that she is in a specialized nursing facility

for obese individuals. After this, many followers also wanted to know whether she would stay at the facility for Christmas. Many believe it will be the case as people can’t leave such strict facilities as per their choice.

Although the TV celebrity hasn’t given any confirmation, she will likely continue to stay in the facility. After that, many people from the fanbase began speculating that the elder Slaton sibling had a major falling out with her family, including her sister and half-brother, Amy and Chris. All of them haven’t been seeing eye to eye in the latest 1000 Lb Sisters episodes too. Therefore, the audience believes that’s why the 35-year-old is spending the holidays in a facility and not with her family.

Despite this, some of the well-wishers are positive that Amy and Chris won’t leave Tammy out of holiday celebrations. They believe the duo can visit their sibling even if she won’t likely leave the rehab. At the end of the day, no one turns their back on their family. Hence, fans believe all three of the 1000 Lb Sisters cast members will spend the holidays together. Do you think the trio will reunite for Christmas? Tell us in the comments below! Stay tuned to TV Season & Spoilers for more such updates!