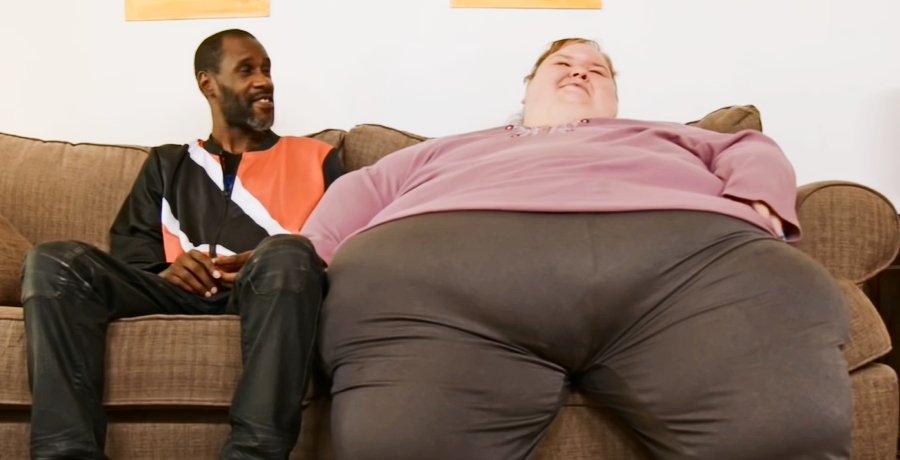 1000 Lb Sisters: Is Tammy Slaton Currently Dating A Transgender Woman? Ex-BF Jerry Was ‘Married’ While They Were Dating

1000 Lb Sisters star Tammy Slaton is surrounded by controversy yet again. Fans recently found out that her ex-boyfriend Jerry Sykes was already married while they were dating. However, what’s more shocking is that Tammy already knew that she was dating a married man. On top of that, the 650-Lb sister has revealed that she now has a new love interest. Here’s everything you need to know about it.

1000 Lb Sisters: Jerry Was A Married Man When He Was Dating Tammy, She Already Knew About It

was introduced to them. The elder Slaton sister seemed to be happy in her relationship. Later on, she came out to her family and then-boyfriend about being pansexual. She explained to him that she would date a person if they are straight, gay, or transgender. Jerry looked quite confused when Tammy announced the news. Later on, she admitted on the show that the couple is no longer together.

Recently, fans got to know that Sykes had already been married when he started dating Tammy. However, what shocked the world was the fact that the Slaton sister already knew about her boyfriend’s marital status. The Sun revealed that Jerry’s wife, Kia Russell-Rucker Sykes confirmed that Tammy dated her husband despite knowing he had a wife. Moreover, Kia alleges that the TLC star “didn’t care” about the same and never apologized for ruining her family.

On the other hand, it turns out that Kia did not know that her husband was cheating on her until he came on the show. The married couple has seven kids together, and they are upset about their father’s adultery. As of now, even though they are still married, Jerry and Kia are not together anymore. The distressed wife also revealed that she wants to divorce Sykes, but he refuses to sign the papers. She openly blames Tammy for ruining her relationship.

The popular TLC star seems to have found love again. 1000 Lb Sisters celeb Tammy Slaton took to her social media to announce her new relationship. Soapdirt reveals that she recorded a video of herself reacting to her girlfriend’s outfit. Her new love interest, Terri Reid, wears a tight black dress in the video. Tammy supports her girlfriend and claps back at transphobic people. She calls out people who say that “trans girls aren’t pretty.” Also, Slaton appreciates Terry and says she looks hot.

Fans are already going gaga over the news and are happy for their favorite TLC personality. A lot of 1000 Lb viewers congratulated Tammy and are hoping that Terri can motivate her to take care of her health.