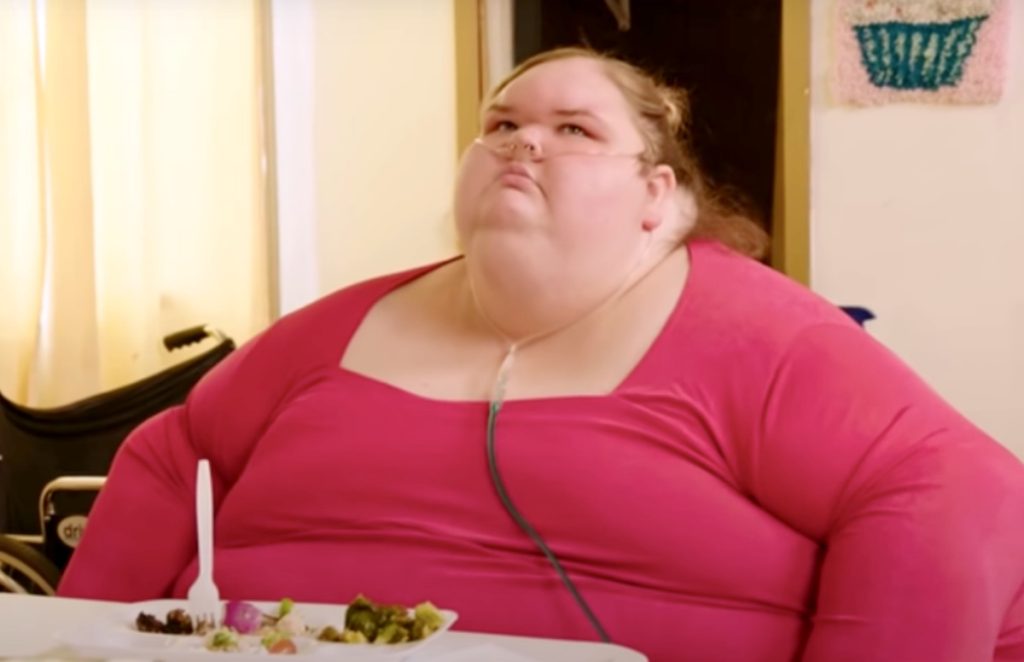 Tammy Slaton’s health has seen major roller coasters. Whether related to her health or food addiction, the 1000 Lb Sisters celeb is not doing well. Likewise, the third season saw the worst downfall for Tam Tam when the doctors diagnosed her with a medically-induced coma. Now, her disappearance has become a matter of discussion. Is Tammy alive? Why has she disappeared? Let us tell you.

1000 Lb Sisters: Where Is Tammy Slaton? Fans Have A Feeling She’s Not ALIVE

In the first season, the TLC viewers sympathized with the older sibling. Seeing Tam Tam struggle so much, the viewers couldn’t feel her pain. As the show progressed to the second installment, fans saw an increase in the celeb’s weight. Hence, they wondered if the 36-year-old was even willing to lose weight. By the end of the second installment, Tammy’s health started to decline, indicating that she was not taking her health seriously.

Meanwhile, fans saw how Tammy resorted to declining mental health and bad habits in the last installment. First, she indulged in alcohol and vaping, then in stale food habits. All this behavior led to Tammy’s downfall, and she readmitted herself to rehab. Now, still worrying about the celeb, fans started to suspect that has happened to Tammy. That’s because she’s not using any of her social media and even her family members aren’t letting go of any information.

Hence, her disappearance has led some fans to believe that Tammy is no longer alive. Though it’s over-the-top speculation to assume, Tammy’s disappearance

speaks volumes. Apart from this, TLC hasn’t posted anything about her health as well. So, all these theories indicate the same. Similarly, in the last season, Amy Slaton also shared how Tammy’s ailing health led the family members to start preparing for her funeral.

With so much chatter and chaos amid Tammy’s whereabouts, fans aren’t losing hope. They have been getting in-depth into her social media accounts, trying to find some clue. However, there’s still no confirmation of how Ms. Tam Tam feels. Shockingly, a Facebook post sent chills to the fans when they found a particular comment. It turns out that a fan posted on the facebook page of 1000 Lb Sister asking, “Wondering where is Tammy.”

Surprisingly, fans said that they lost all hope of trying to find her whereabouts. Amid that chatter, Tammy Slaton actually responded and sassily said, “Tammy is doin just fine.” TLC viewers are happy to find that their favorite celeb is well and alive. However, the 36-year-old didn’t let out any other details. But the fans are happy that they got to see a little glimpse of their star. Stay tuned to TV Seasons & Spoilers.