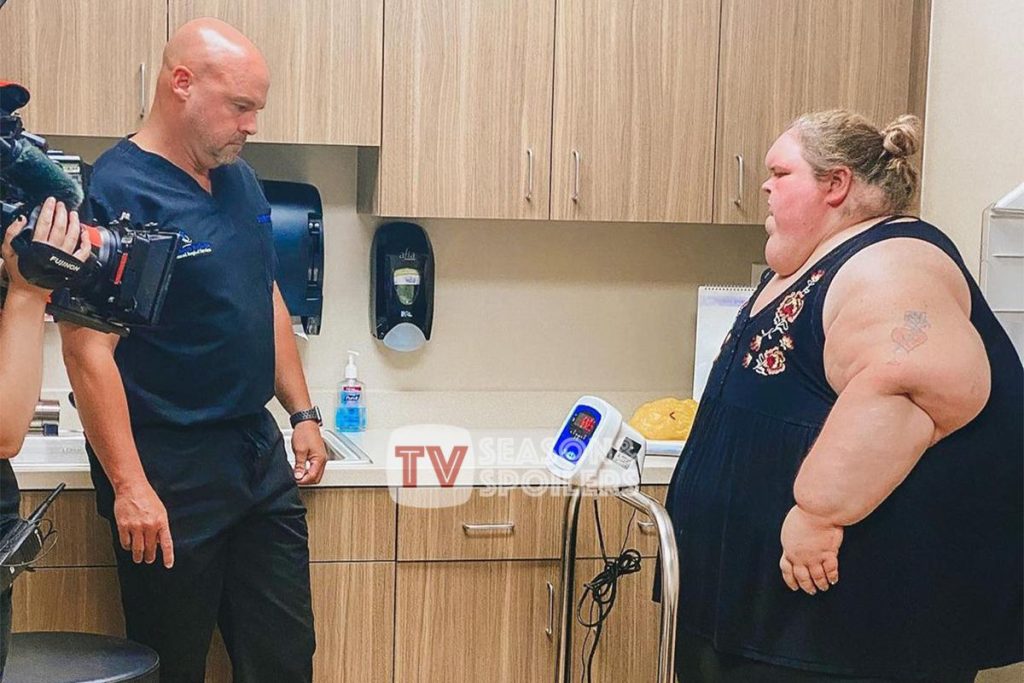 Dr. Smith has been a significant cast member in 1000 Lb Sisters. Throughout the series, he has given guidance to all the main cast members, i.e., Amy, Tammy, and Chris, about their weight loss. Moreover, Chris and Amy have also been making commendable progress since their bariatric surgery qualification. Now, the physician has shed light on the possibility of 1000 Lb Sisters Season 4 and its storyline. So, are the sisters coming back? Keep reading to get all the details about this.

Last week, 1000 Lb Sisters Season 3 came to an end. As a result, viewers are awaiting a renewal update from the TV network. However, no such thing has been made official so far. Despite this, the noted doctor from the reality series, Dr. Smith, answered a few questions on his social media. In fact, he mentioned most of the fans want to know about how Chris and Tammy have been doing lately. As a result, the physician admitted that he has no “liberty” to share things about their personal life.

However, TV Season & Spoilers reports that he gave a bit of a hint by saying both of them have been making “progress”. Eventually, he gave another “teaser” by saying viewers must “stay tuned” to know about their progress made in “due time”. Once he mentioned this, the followers began to assume that there would indeed be a 1000 Lb Sisters Season 4, focusing majorly on Tammy & Chris’s developments

. However, nothing can be confirmed unless it is made official.

1000 Lb Sisters: Dr. Smith Reveals How Tammy Has Been Doing In Rehab

After Tammy Slaton’s social media health updates and the latest season finale, fans know that she is in rehab. Apparently, she underwent a tracheoscopy after getting carbon dioxide poisoning in November 2021. Thus, she hasn’t been home since. Moreover, she finally got her wake-up call and admitted herself into a specialized nursing facility. In his Ask Session, Dr. Smith shed light on how her life has been living in the said place. In fact, both of them often talk on the phone and review all the things she is undergoing in the rehabilitation program.

However, he chose not to share such things to be respectful of her privacy. Then the surgeon said that the celebrity could share those things herself if she felt the need to. However, he ended his post on a positive note by expressing things are looking up. That’s because she is doing “very well” and people will be “proud” of her”. Do you think Tammy will finally get better without any further relapses? Tell us in the comments below. Keep checking TV Season & Spoilers for more such 1000 Lb Sisters updates.