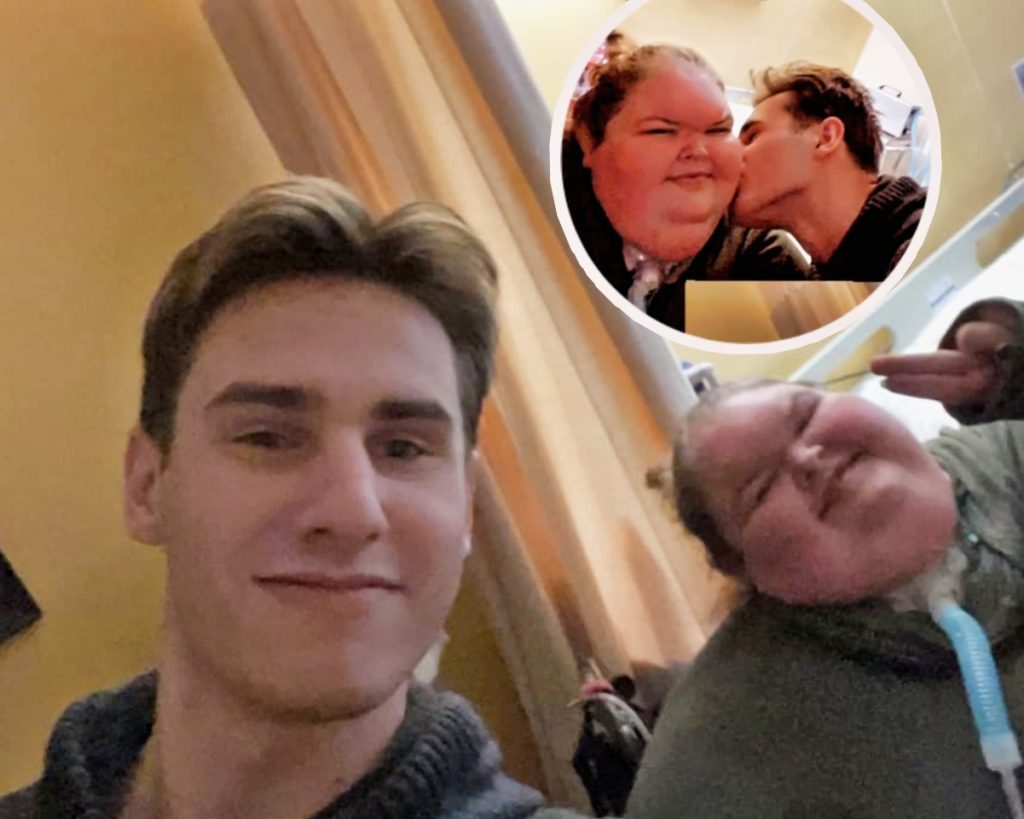 Tammy Slaton’s dating life has been as problematic as her health conditions. Through all the seasons of 1000 Lb Sisters, the main cast member has stirred a ton of trouble for herself due to the abovementioned issues. Unfortunately, she has a reputation for attracting toxic men into her life. Despite multiple warnings from fans, the star does as she pleases. Now she has turned heads again after getting herself a ‘new man’! Who is he? Keep reading for further details.

1000 Lb Sisters: Mystery Man Kisses Tammy In Her New Posts! Who Is He?

Tammy Slaton has been problematic through all the seasons of 1000 Lb Sisters. However, the men in her life have been more toxic than her. Now it looks like someone new has caught her fancy. In her social media handle, the TV celebrity made a new post where she posed with a new man. Both of them were all smiles in the picture, and fans were curious about who he was. Another one of her posts featured the couple sharing a quick peck on the cheek. This led to many followers feeling that the duo definitely must be together.

By the looks of the background, it seems as if Tammy’s possible partner visited her at her nursing facility. Unfortunately, the TLC star has been admitted due to some health risks and is working on shedding weight. Well, TV Season & Spoilers points out that this man’s name is Joshua Douglas. After looking at his profile, fans came to know that he is an aspiring actor. However, no other information is available online regarding him. Due to this, some followers even confused him with Grant Gibbs, who is one of the producers of the show. He had also posted a lot of pics with the reality show celeb. However, these two men are different. So, fans wonder what relationship Joshua shares with Tammy.

During November 2021, Tammy talked of struggling mental health-wise too. Although she was in the hospital for carbon dioxide poisoning, the cast member mentioned being mentally on a downwards spiral. Unluckily, things got so bad that she even called off shooting for a month as the TLC star was on a break. This led to her fans believing that her breakup with BBW king might be the reason behind this. Her family was also against the relationship as he was a feeder. Therefore, he would’ve never pushed the 1000 Lb Sisters star to shed weight and get better. Keep checking TV Season & Spoilers for more updates like these.