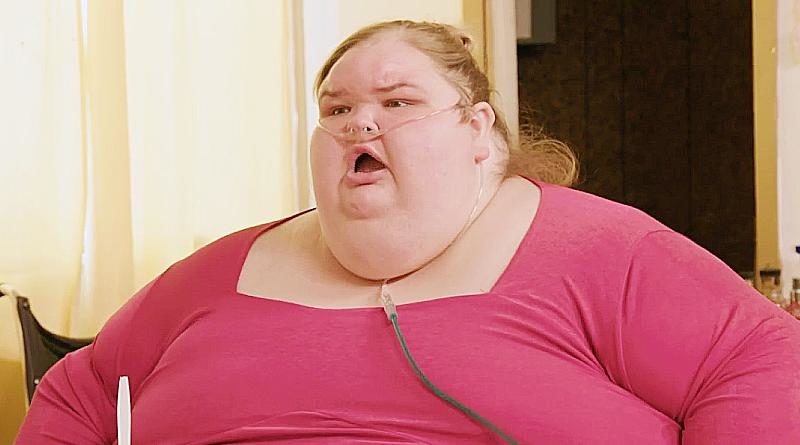 The popular TLC show 1000 Lb Sisters is ready to come up with Season 3 after completing two seasons. The Slaton sisters have been struggling to shed their pounds. In the previous seasons, Amy managed to move on in her life by losing weight and growing her family. But, Tammy is still coping with the difficulties of not being able to reduce her weight. In Season 3, the 34-year-old will be going to rehab to control her food addiction. However, fans are speculating that she has probably gained more weight than losing after going to rehab. Here are more details.

1000 Lb Sisters: Did Tammy Gain Weight After Going To Rehab?

Well, Season 2 featured Amy losing her weight and starting a family. Now, she is a mother of a beautiful baby, and her responsibilities have increased. Her sister had to go to rehab to shed her weight as she needed a person to take care of her. But the trailer of Season 3 has something else to say. The TLC fans are suggesting that Tammy has perhaps gained a few extra pounds. One of the viewers commented on Reddit, “I am pretty sure she has reached around 780-800 Lb.” They added, “At the end of the previous season, she weighed 665 lb.”

As Tammy is not strict on her diet, her attempts to lose weight fail every time. Even the fans are getting aware of it. Hence, the TV star receives criticism as she lies a lot, and her body doesn’t hint at her reduced weight. The TLC audience also mocked her and said that she always finds a way to get extra food. Well, once Season 3 hits the screens

, we’ll finally get to know if going to the rehab has helped Tammy at all or not.

1000 Lb Sisters: Season 3 Is On Its Way! Fans Are Pretty Excited

Season 3 will be released on November 15, this year and fans’ excitement is at its height. The previous seasons featured the weight loss journey of the Slaton sisters. While Season 1 featured the struggle of the sisters to qualify for bariatric surgery, Season 2 brought a change for the viewers. In the second season, her doctor advised Tammy to lose weight or else she will die.

On the other hand, Amy did show her dedication towards her weight goals and dropped below 280 pounds. Later, after her marriage to Michael Halterman, she became a mother by the end of the season. Moreover, in the upcoming one, the audience might get to see the love life of Tammy apart from her weight loss journey. Do you think Tammy will get serious about her health? Will she be able to shed some weight? Stay connected with TV Season Spoilers for the latest updates on 1000 Lb Sisters.