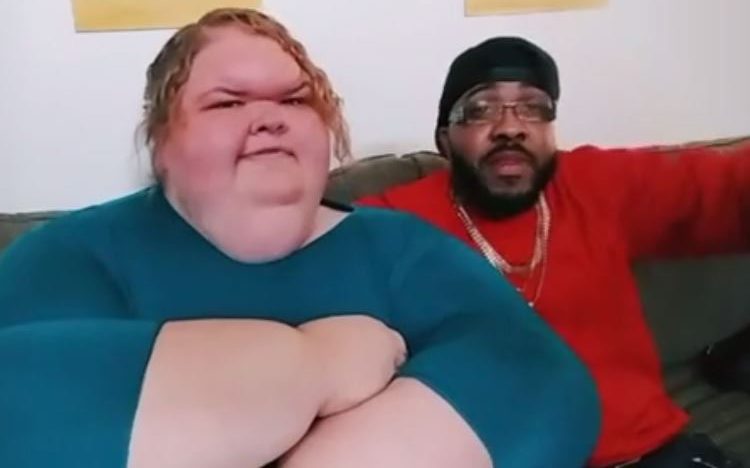 1000 Lb Sisters: Tammy In Live-In Relationship With New Boyfriend, Filming For Season 3 Together?

Tammy Slaton is finally ‘truly happy in her new relationship. She’s been dating one of her Tiktok fans, and he’s been in the talks for weeks now. Amid all of the controversies she’s around, the 1000 Lb Sisters star managed to find love. However, not a lot of fans are very satisfied with her choice. In fact, some fear that this new man might be a feeder and much more toxic than Tammy’s ex Jerry Sykes. On top of that, now that the two of them have met in real life, things are getting much more serious. Fans speculate that the two of them might even be living together, and he might be filming for 1000 Lb Sisters Season 3. Here’s everything that’s happening.

Tammy In A Live-In Relationship With New Tiktok Boyfriend?

Tammy Slaton has been showing off her new boyfriend for a while now. Well, as of now, his real name isn’t available anywhere only, and he only goes by “thebbwking” on all his social media profiles. She made her relationship public exactly a month ago through a TikTok video. While with the first video, it only seemed like the two of them were only flirting. However, the comments were very suggestive. Later on, as she uploaded more dedicated videos, it became clear that the two of them have started dating. Now, months after they started dating, the virtual couple has finally met each other in real life.

Both Tammy and her boyfriend uploaded a video of them together on her TikTok profile. As the background of her other videos suggests, the 1000 Lb Sisters star might’ve met thebbwking at her own house. Moreover, he has previously revealed that he lives in Las Vegas in the comments on his Tiktok videos. Hence, the new boyfriend might have traveled all the way to Kentucky to meet his new love interest. Moreover, fans also pointed out that he might have moved in with Tammy based on the looks. In fact, if he’s filming for Season 3 with her, the couple might be in a live-in relationship.

Well, since thebbwking and Tammy were only dating online, it didn’t seem like he would appear alongside her on the TLC show. However, now that the two of them have actually met, fans think that he might as well be shooting for the new season alongside other cast members. Not just one but plenty of people have pointed out that he might be in a relationship with Tammy only to be on TV. In fact, the mysterious new man has also been called a feeder many times on social media.

Well, there are many reasons that fans aren’t sure about thebbwking to be Tammy’s new boyfriend. One of them is in his social media name itself. For those who don’t know, “BBW” means Big Beautiful Women. He openly reveals that he only likes plus-size women and makes fun of smaller women. Hence, Tammy’s fan-following does not like him as he might not let Tammy lose any weight, which should currently be her goal for life. In some of the previous episodes, Slaton’s doctors have mentioned several times that any more weight gain can be fatal for her. At this point, fans think that someone who wouldn’t support her in her weight loss journey could be harmful to her.

However, as of now, we can only hope that the new boyfriend turns out to have only a positive impact on Tammy’s life. We will update this section as we find more information on the topic. Until then, keep coming back to TV Season Spoilers for more juicy 1000 Lb Sisters news and gossips.