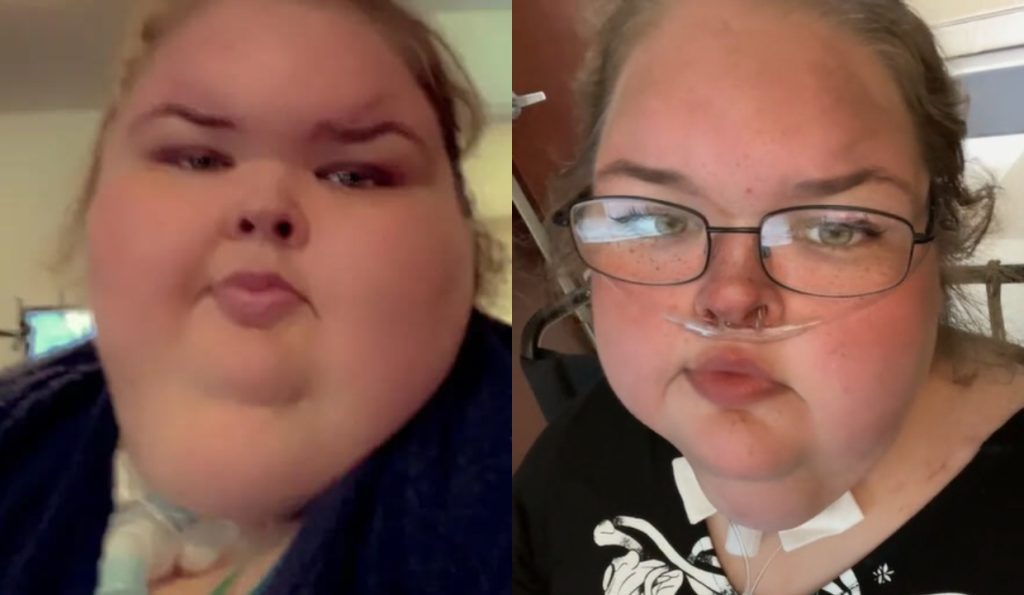 Tammy Slaton started off her TLC journey as quite a problematic cast member. Her journey on 1000 Lb Sisters went on a downward spiral in the first three seasons. That’s because she ended up gaining more weight than losing it. However, the TV network shared a sneak peek of the latest season. It looks like Tammy is back with a bang and has her mind set on losing weight. She even went to rehab to abide by healthy choices to get better. Lately, an avid fan compared two pictures of her to see how much weight she has lost. So, tune in to find out all the details and get a glimpse of the same.

Tammy Slaton has been a part of 1000 Lb Sisters since 2020. While her younger sibling, Amy Slaton, came a long way and got approved for her weight loss surgery, things were different for the former. She had many obstacles in her way. Be it her toxic “feeder” boyfriends or her friends who encouraged her to drink and smoke. Tammy was not able to accomplish her weight loss goal. At last, things got out of hand in the previous season, and she had to take a trip down to the hospital owing to issues in her lungs and carbon dioxide poisoning. However, the new episodes assured the audience that Tammy had changed her ways. That’s because she has been in rehab for over a year for her foot addiction. Hence, she lost a lot of pounds.

Yet, some 1000 Lb Sisters were unsure about her recovery. Many stated that Tammy Slaton looks the same, and there has been no change in her. But, an avid fan took to Reddit to compare before and after pictures of her. One of the photos was from Season 1. The other was from her latest wedding ceremony. Hence, there was a visible difference in her physique. So, viewers began to congratulate the star. Many stated that as Tammy has lost a lot of weight, she has loose skin

. Hence, it might give the impression that she is still the same. But that is not the case. The celebrity continues to stay in rehab to lose weight and develop healthier habits to lead a better life. Hence, fans are curious and excited to see Tammy’s journey in detail in the latest episodes, soon to premiere on TLC on January 17.

The 1000 Lb Sisters sneak peek had Tammy admitting that she really needs help. Hence, she announced her decision to go to rehab finally. Her family members, like sister Amy and half-sibling Chris, had been urging her to take these steps. So, they were very happy when she finally took a step in the right direction on her own. The half-brother also mentioned that things could be fatal if Tammy doesn’t get surgery anytime soon. Another clip that startled the fans had the TV star on a hospital bed, covered in a lot of tubes. However, the scene instantly changed to her smiling, saying, “I’m still here, b****es.”

While Tammy was happy about progressing in rehab, she was still struggling with something. She admitted being away from home and missing her family in the video. Avid fans must know that Amy and Tammy reside in Kentucky. However, the latter’s specialized weight loss center was in Ohio. Hence, there was a lot of distancing between all of them. So, viewers are again eager to see Tammy in a new light and overcome such obstacles while living hew new normal in the facility. Her husband, Caleb Willingham, will also become part of the series. Hence, they will see the couple fall in love with one another in the new season. Keep an eye on TV Season & Spoilers for all the latest updates dealing with 1000 Lb Sisters.