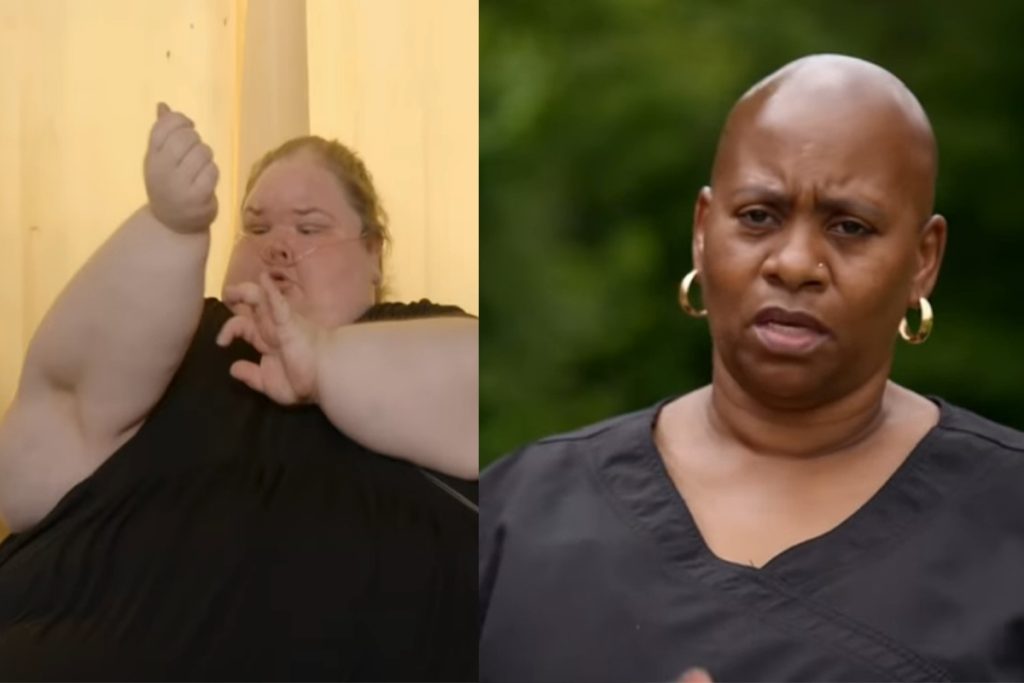 The 1000 Lb Sisters fans loved the shift in the storyline when Nurse Tisa began appearing in the show. Amy Halterman hired her to take care of her elder sister Tammy Slaton. The former is a full-time mother now and can’t divide her time between her newborn son Gage or sibling. Hence, Nurse Tisa came to the rescue. However, she has been too hard on the elder Slaton. She doesn’t understand it yet, but these strict steps are necessary for her wellbeing. But rumor mills have speculated that Tammy might have physically violated her caretaker! Keep reading for the latest tea.

1000 Lb Sisters: Is Nurse Tisa The Same Person Tammy Assaulted In The Facility?

At the end of October 2021, many alarming rumors had surfaced regarding Tammy. They alleged that the TV star slapped a nurse during her time in the nursing facility. However, there was no official confirmation about it. Ever since nurse Tisa became a part of the show from season 3, fans have witnessed how rude the Slaton sister can be to her caretakers. Hence, they have started to believe that there was some truth in the past rumor.

Moreover, some fans went as far as theorizing whether it was Nurse Tisa herself who was the victim of Tammy’s assault! Unfortunately, this is still speculation. TV Season & Spoilers is yet to verify whether the physical fight legitimately took place or not. Others on Reddit believed the caretaker wouldn’t stick by the 35-year-old so l ong that she gets violated.

The new season began its premiere in November. In the first episode, Tammy returned from the rehab

merely after shedding 60 pounds. This was bizarre for the fans as the initial goal is never less than 100 Lbs. Therefore, another account claimed that she didn’t leave the facility but got kicked out instead due to her baffling behavior involving physical violence. But, alas, all these presumptions haven’t been affirmed yet.

As she is completely out of line with Nurse Tisa in the latest episodes and keeps fighting with her, fans think it’s high time that the Slatons declare Tammy to be mentally incompetent. It’s one thing to be rude to your family and another when one portrays such behavior around someone else. This is especially when they are there to nurse the person back to health. Therefore, fans are baffled that the eldest sibling is being so inappropriate and quarreling with her caretaker. Moreover, she is on a downwards spiral in her fitness journey. The TV star has shown no progress so far and keeps making rash decisions that put her health at risk.

Despite this, a lot of Redditors argued that the reality celebrity is not mentally incompetent. She can differentiate right from wrong, but she “chooses not to”. Many also argued that her sister Amy and half-brother Chris are also at fault for their sister’s toxic behavior. That’s because they are never hard on her and refuse to let her struggle. As a result, the problematic cast member believes she can get what she wants if she annoys them enough with her demands. Stay in touch with TV Season & Spoilers for more such updates!