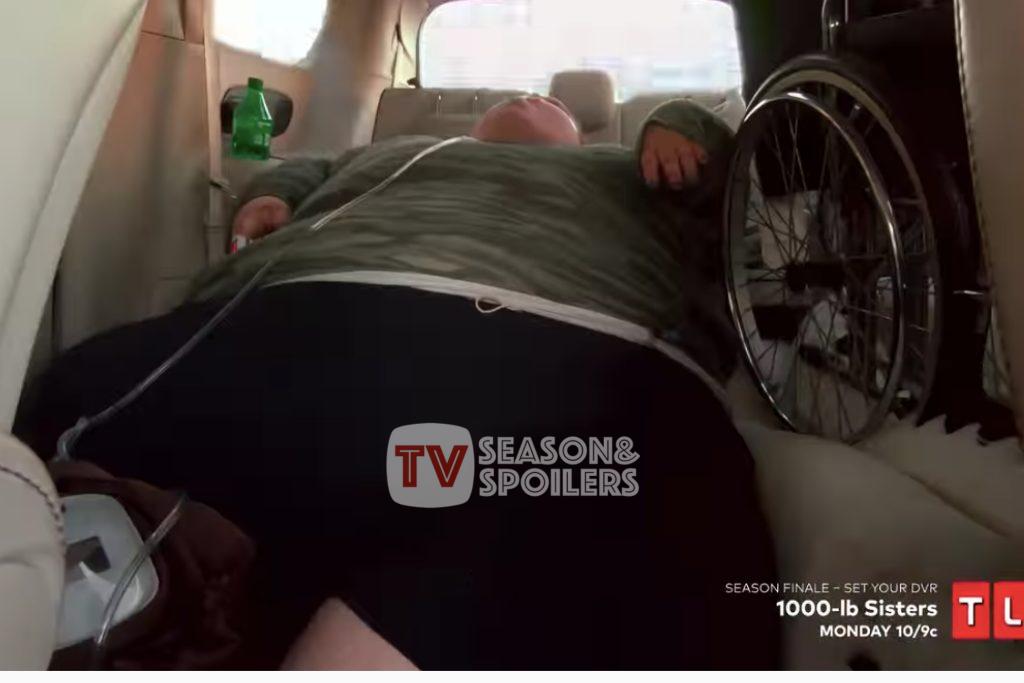 Tammy Slaton’s weight loss journey hasn’t been an easy one. The 1000 Lb Sisters star has a rough road ahead. More so, her actions do not comply with wanting a healthy lifestyle. The reality TV star has marked her foot down the alcohol valley. In a preview of the season finale, she says she’s focusing on her mental health. But, she is also getting involved in alcohol and smoking. TLC has shared a clip where Tammy almost lost a sign of consciousness. What exactly happened to her? Tune in with us to find out.

Tammy’s self-destruction attitude has seemingly increased over time. Even the fans have noticed how vague her excuses are. The recent preview shared by TLC has almost shaken the fans. Tammy was slumped back in her wheelchair in the preview, and her head was tilted back. Amy said in her confessional that Tammy’s body couldn’t hold up for long. Hence, the doctor will have to intervene to help Tammy to survive. Amy previously felt that Tammy could be dead in five years. More so, Dr. Eric goes out of his way and asks Tammy if she’s ready to go back to rehab. Tammy agrees and says yes.

However, the preview showcases Tammy’s half-brother Chris driving her to rehab. Eventually, things go wrong, and the elder sibling said she was feeling sleepy and was unsure why. The preview concludes with Chris saying that Tammy had “quit breathing.” The season finale looks like it has a lot to offer. However, fear instills amongst fans and family for Tammy. Fans feel that it is a wake-up call for the elder sister. More so, some fans even said that Tammy is killing herself.

1000 Lb Sisters: Will Tammy Be Careful Now? What’s More In Store For Her?

Looks like Tammy Slaton’s ‘I am gonna be me’ attitude has proven to be fatal to her. That’s because the recent preview has shocked everyone to the core. Tammy was hesitant to continue her restrictive diet and health plans. Moreover, she tells her bariatric surgeon that she is going through a mentally dark phase. Hence, Tammy confessed that she had been drinking and smoking for a while. Tammy even admitted that she had started vaping. However, her doctor is concerned about her health and habits. He feels that Tammy is trying to get away from a healthy lifestyle.

Moreover, Tammy’s health might meet a dead end shortly. That’s because her lungs are severely damaged by carbon dioxide poisoning

. Also, the junk that she has been adding to her diet will affect her more. Fans are now wondering if Tammy learned anything from this incident? Moreover, will she now be responsible for her health? Nevertheless, for now, Tammy’s social media presence has shown that the reality TV star is still alive. Till then, stay tuned to TV Season & Spoilers for more updates on Sister Wives.
News