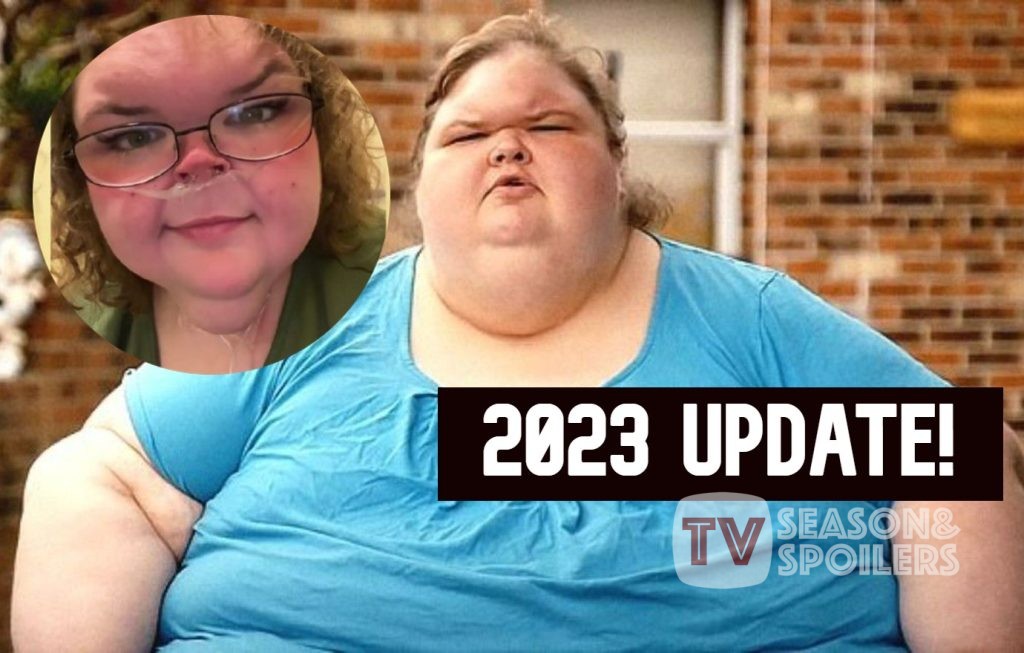 The 1000 Lb Sisters Star Tammy Slaton made many efforts to lose weight even since her debut. However, her efforts failed. At the same time, Tammy’s sister Amy was pretty successful to get her weight down. Tammy, however, struggles a lot, but sadly her actions caused her body to shut down. Her medical condition got worse at the end of Season 3 of the show, and she decided to prioritize her health. She got admitted to rehab and claimed her commitment to improving her life. However, it now seems that her efforts got some positive results. In her new video, Tammy flaunts her dramatic weight loss transformation. Let’s have a look at it.

After spending a year in rehabilitation, Tammy Slaton appears to have a much better frame of mind as of late 2022. She allegedly underwent weight-loss surgery throughout the summer and married Caleb Willingham in the fall. The two became friends through their addiction problems after they met in rehab. Even though Tammy used to post often on social media, in 2022, her online activity drastically decreased. Many viewers assumed Tammy had passed away. But according to the findings, she was probably concealing her weight reduction while TLC recorded 1000 Lb Sisters Season 4.

This week, the reality TV personality posted a TikTok video that stunned her followers. Tammy no longer has her trach, and her face and neck are much slimmer. As she does with most of her social media postings, some followers have noted that she probably put a filter on TikTok. Tammy does, however, move her phone a few times throughout the video, making it clear that not only is her body smaller, but so is she. However, the comment section seems to fill with sweet words. Fans praised and appreciated her for her hard work. Although experiencing an almost-death situation, she did not give up on herself. Fans will discover more about her path through recovery and how she ended up where she is today when 1000 Lb Sisters

Season 4 debuts in the new year.

Sister Wives: When Is Season 4 Coming Up?

For most of the year, TLC remained silent on the status of 1000 Lb Sisters. But they just announced that a fourth season would be coming soon. On January 17, 2023, at 9 PM Eastern Time, TLC will air the season opener. This season already appears to be one of the most dramatic ones yet. The viewers eagerly await the entire journey of Tammy Slaton. Variety broke the news of TLC’s announcement, and fans were ecstatic to learn that the Slaton sisters would return. On January 17, the fourth season of 1000 Lb Sisters will premiere. The newest season will track Tammy about her near-death encounter. Fans will likely remember that Tammy stopped breathing in Season 3’s last episode when her lung gave out. Now, she is “struggling to deal” with her new situation.

The new season’s narrative claims that Tammy will make an existence move that “no one saw coming”. Despite the viewer’s attempts to keep up with Tammy on social media. Fans were concerned that Amy might quit the show. However, 1000 Lb Sisters Season 4 will show her expecting her second son. Amy will appear to be extremely content in the upcoming season as their mother. Sadly, TLC suggests that although Amy does her hardest to keep up with her kid, she quickly learns how difficult it is to be an overweight mother. Since Brother Chris is “desperate” to lose extra skin and would be eligible for skin removal surgery, he will also be shown on the show. Stay tuned to TV Season & Spoilers for more exciting news updates.